Mum refused the morning after pill because it was a Sunday

A mum was refused the morning after pill after she called up her local pharmacy on a Sunday.

The woman said that the person on the phone cited "personal reasons" for her refusal.

She told Metro that the person on the phone said that she could wait until the next day to collect the pill, or else she could drive to another pharmacy which was ten miles away.

The mother told the publication: "I rang up from my car before going in to check that it was ready and the woman who answered told me that she will not dispense this type of product for 'personal reasons'."

"Honestly, it was the world’s largest eye roll. I can handle this, I’m not embarrassed. I’m old and stroppy enough to make a fuss, but what if I was a teenager?" 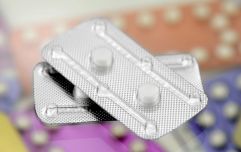 END_OF_DOCUMENT_TOKEN_TO_BE_REPLACED

She added: "I’m a mum in my 40s, I have very little shame left, but there will be girls having the same experience who have nothing like the resources I do."

She added that the pharmacy is right beside an area which is inhabited by students and it is worrying that they may not be able to access such services if needed because of a pharmacist's personal issues.


popular
We are absolutely loving this gorgeous €10 khaki mini dress from Penneys
Bride baby wears her toddler down the aisle and we can't deal with the cuteness
Positive parenting: Kirsten Bell's advice for handling tantrums makes a lot of sense
WATCH: Jahmene Douglas says X Factor was 'traumatising', urges singers to avoid it
11 new beauty products I tested and actually used until the very last drop was gone
Brides-to-be! The €50 Zara dress that's perfect for day two of a summer wedding
Netflix's Babies documentary is making quite the impression online
You may also like
2 years ago
Morning after pill to become available without prescription for medical card holders
3 years ago
The Morning After Pill Is Now Available For Free To Irish Medical Card Holders
1 week ago
Ryan Tubridy to judge children’s Climate Change essay writing competition
1 week ago
This week's €17m EuroMillions jackpot ticket was sold in Mayo
1 week ago
Met Éireann issues rainfall warning for all of Ireland
1 week ago
EastEnders' Ian Beale has been revealed as the soap character people fancy the most
Next Page