"I'm so happy I decided to go it alone."

At 24, Bailey Ennis from London had been 'desperate' to become a mum for a long time.

Speaking to My London, she explains:

"I've wanted to be a mum since I was a teenager and as a lesbian, I always knew it would need to be via artificial insemination."

"I didn't have a desire to be in a relationship. I just wanted to have a baby."

And so last year, Bailey decided to do something about her desire to become a mother, and with the help of a sperm donor that she found online, the 24-year-old artificially inseminated herself using a £25 at-home kit. 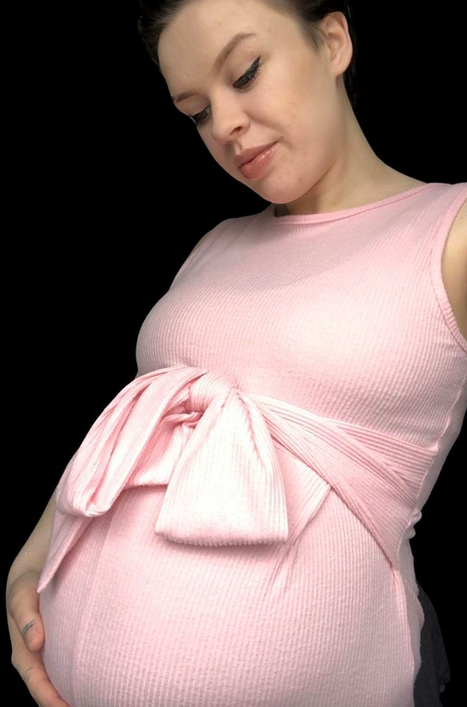 After finally becoming serious about the idea, Bailey began searching through profiles of sperm donors online.

'Best thing I have ever done'

END_OF_DOCUMENT_TOKEN_TO_BE_REPLACED

"I wasn't looking for particular features, I just wanted someone trustworthy and as healthy as possible."

"I found someone who had a healthy medical record and had been a donor for two others before for two LGBTQ couples. So we WhatsApped and met up for a coffee before both agreed he would be my donor. He also agreed to be my donor for more children if I'd like. I want to have blood-related siblings."

Adjusting to life as a single mum she says she "couldn't be happier" with her decision to have a child in this way.

"Having a baby by myself is the best thing I've ever done. Being a mum is wonderful and I am so happy I decided to go it alone.

As for how the insemination went down, Bailey says she had purchased the kit for doing it online, then invited the donor to her house when it was time.

"He brought over his donation and then helped me use the kit. It has sterile cups, syringes, ovulation tests and that's it."

The new mum says she gave birth to baby Lorenzo alone with no birthing partner, and that the little boy looks just like her.

"He has my nose, he has big eyes like mine and my brown hair. He smiles when he passes wind it's really cute."

As for the future, Bailey reveals she gives the donor updates, and says her son will know about the donor and will be able to meet him if he wants, at any point in his life.

"He is definitely going to have siblings when I'm ready. I'm so comfortable and happy being a single mum."

popular
Woman shocked after spotting her dead husband in promo video for restaurant
Shock after baby is discovered alone in pram late at night in Dublin
HSE issues advice for parents if their child starts choking
Do children belong at weddings? Mum starts heated debate
Gemma Atkinson slams trolls who accused her of having baby with another man
Love Actually star reveals incredibly emotional behind-the-scenes story
S Club 7's Hannah Spearritt and children left homeless after being forced from home before Christmas
You may also like
6 days ago
Patient in his 80s killed in Cork hospital ward following attack
1 week ago
Jeremy Clarkson apologises to Meghan Markle over for 'disgraceful' column
3 weeks ago
Ireland set to ban "cruel process" of conversion therapy
3 weeks ago
Details emerge in Bruna Fonseca investigation in Cork
4 weeks ago
Andrew Tate releases statement following Romania arrest
1 month ago
You can now rent Iris's cottage from The Holiday on Airbnb
Next Page