Looking to get away?

That makes two of us.

Summer is here and like always, we are on the hunt for some amazing last minute deals so we can jet off and take it easy for a couple of days. From adventure holidays to seven days spent lying by the pool, there is something for everyone out there and we think the latest deal to drop might just tickle your fancy.

Landing today, WOW air has announced that flights from Dublin to Reykjavik, Iceland are going for a mere €50 for a limited time only!  Iceland for €50? Absolutely.

“WOW air is committed to giving travellers more ways to fly to the places they love in comfort and at cheaper prices.

“We are excited to offer our Irish passengers more affordable fares to beautiful Iceland, and onwards to all the most amazing destinations in the United States and Canada.”

This is part of some mega deals which WOW air dropped today including €129.99 flights from Dublin to North America including destinations like New York, Washington DC, Cleveland, Chicago and Boston. 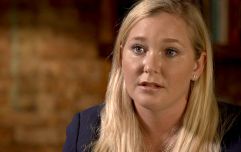 Virgina Giuffre wants a resolution that vindicates her and other victims, says lawyer

END_OF_DOCUMENT_TOKEN_TO_BE_REPLACED

WOW air first began flying from Dublin to Iceland in June 2015 and now the airline flies the route more than five times a week during the peak of summer. And since the addition of American flights, the airline provides endless opportunities for people flying out of Dublin to enjoy a weekend getaway or a long haul flight to other parts of the world.

You can check out all information here.

Catch you on the flip side!


popular
Not every parent will agree with this mum's stomach bug hack
Kin star Clare Dunne listed as European Shooting Star
Surrogate who had 13 babies for other people accidentally gave away her own son
Egyptian teen found dead after fake naked images of her shared online
Virgina Giuffre wants a resolution that vindicates her and other victims, says lawyer
Gardaí identify "person of interest" over Ashling Murphy murder
Katie Price's daughter tests positive for Covid after admitting she wanted to get it
You may also like
1 day ago
Baby Shark becomes first video ever to hit 10 billion views on YouTube
1 day ago
Dublin dad-of-seven pleads guilty to possessing 300+ images of child sexual abuse
2 days ago
Two persons arrested in relation to fatal shooting of father in Ballyfermot
3 days ago
Lottie Ryan admits she was weirded out by being called a 'geriatric mother'
3 days ago
Prince Andrew fails to get Virginia Giuffre sex assault lawsuit dismissed
3 days ago
Police search home of Harmony Montgomery's father, where 7-year-old was last seen
Next Page