Opinion: Protective mothers who stand up to harsh teachers do more for their kids than they'll ever know

Today marks the end of the first week of the new academic year, meaning many kids survived their first proper week back in school.

Summer flew in, and before we know it one week will roll into the next until parent-teacher meetings are upon us once more.

While many kids and teens have started with new teachers this week who are yet to get to know them, in a matter of weeks those same teachers will be sitting across from you discussing your child.

This understandably makes a lot of kids nervous. Those who are on the chatty or more boisterous side dread the post-meeting lecture from mam or dad, those who have been struggling in some subjects without their parents knowing are scared of facing punishment once their parents find out.

Then there are those like me, who used to be nervous of parent-teacher meeting season for a whole other reason: your biggest critics come face to face with your biggest cheerleader. In my case, and many others' cases, that cheerleader comes in the form of a fiercely protective mama bear.

Let me just preface this by saying I'm well aware that for the most part, teachers are generally wonderful people who dedicate themselves to the education and welfare of children. 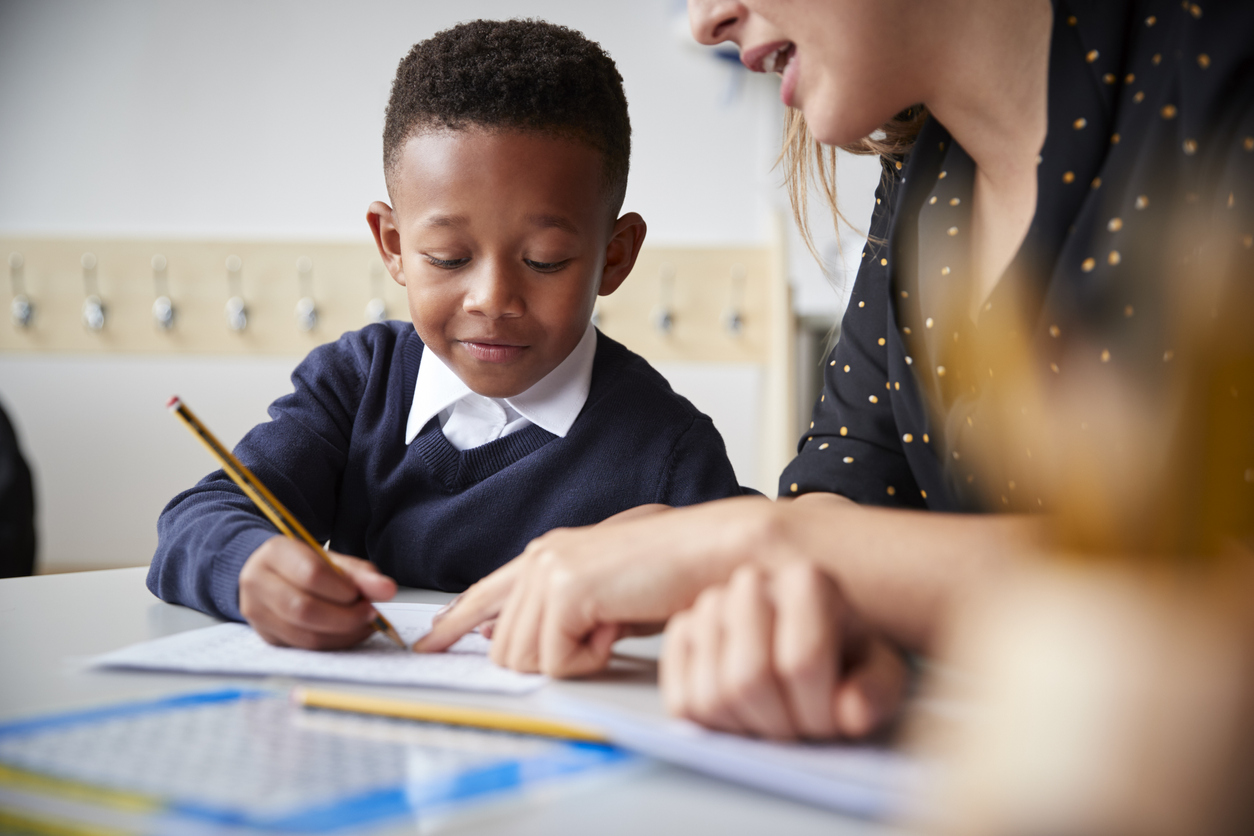 Many go above and beyond to make learning fun at both primary and secondary levels, push students to aim not for perfect scores but instead for the best of their ability (which is a different goalpost for everyone), and provide an environment in which kids feel supported and believed in. That last one is particularly important for children who don't necessarily have such support at home, meaning a good teacher can make a transformative difference in the life and future of a child who comes from a troubled background.

On the other hand though, teachers do hold a position of authority, meaning the opposite is also true. There are certain teachers, maybe of a certain age or background themselves, who write off kids of particular backgrounds or temperaments. Where good teachers see a troubled home life or academic struggles as something to assist a child through, these teachers see them as a reason not to bother with the student at best, or something they should be monitored and preemptively punished for at worst. 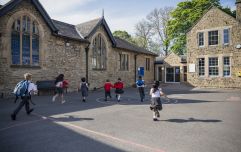 END_OF_DOCUMENT_TOKEN_TO_BE_REPLACED

In short: some teachers judge, and then project those judgements onto their students without actually giving the kids a chance to show them differently. I know this because one of my secondary school teachers point blank admitted to our class in our final year that she had made presumptions about us based on our accents from the moment we first spoke to her in second year – when most of us would've been fourteen.

I was lucky to have had a good support system at home, and I was generally a good student. I was always on the more introverted side, but in secondary school I really went further into my shell than out. So I wasn't loud or disruptive, was too anxious to break rules or go on the hop (or mitch, whichever terminology you prefer), and I did fairly well in the subjects I was interested in. But I struggled with the ones I wasn't, on top of being quite forgetful, daydreamy and disorganised – but not for the lack of trying. 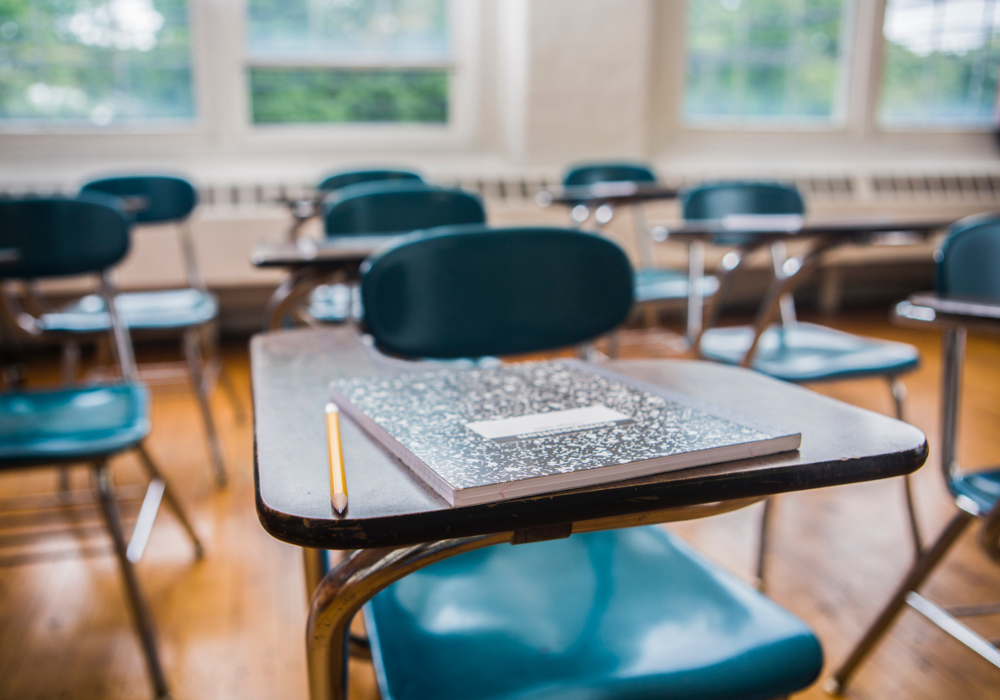 Okay, so sometimes I came to class forgetting a book and mindlessly doodled in the margins. Sue me!

While teachers of the subjects I was good-or-average at generally liked me, I did get a sense of disdain from some of the others. It felt like they didn't recognise the fact that I was trying, like they had just decided who I was and that was that. Nothing I could do would change how they perceived or treated me. I don't remember ever getting roared at, but this mostly involved criticism that went beyond constructive and into snark.

As a bit of a people pleaser, and an anxious teen who felt reassured by validation and thrown off without it, this unsettled me. Naturally, I'd come home and complain about things some teachers said or did and how they made me feel, forgetting how protective my mother was.

She'd be immediately infuriated by the snarky comment or put-down lecture I'd relay to her. The inevitable "I'm ringing the school in the morning!" came in that voice Irish mams do where their defence/worry for you sounds kind of like they're giving out to you, and I'd have instant regret complete with an outburst of "No! That'll make things worse!"

Though I usually managed to talk her out of it, she'd vow to bring it up at the parent-teacher meetings. And more often than not, she followed through to her word. 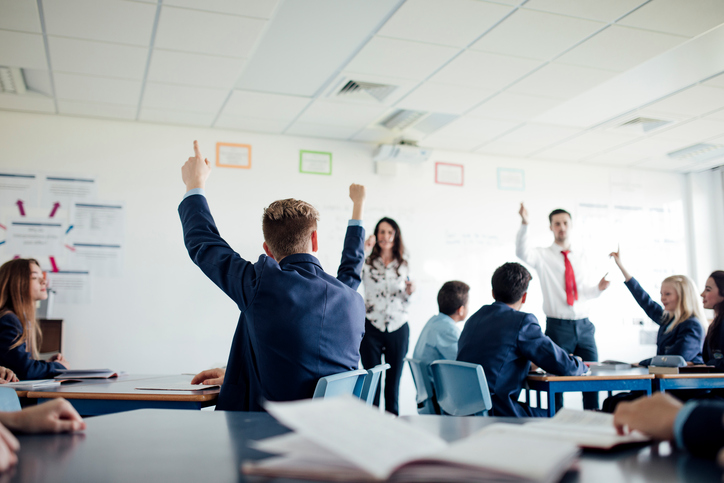 She never shouted at or went off any teacher, but she'd firmly and politely express her unhappiness with certain comments or attitudes. And if they tried to downplay or cast doubt on what I described, she'd double down on how their words and actions can impact students in ways they mightn't realise.

Though I knew she'd never go full mama bear and tear someone a new one, I'd still be anxious going into class afterwards. But rather than a worsened situation, the teachers seemed to make more of an effort to be softer in their approach with me. They had tunnel vision of me, and my mam had no problem widening their perception.

As much as I used to dread or be mortified at the idea of my mam bringing up my grievances with certain teachers, looking back I realise what a great thing it was to know she had my back. She trusted me, because unlike the teachers who didn't, she knew me. And knowing I wasn't a liar or the type to make a teacher out to be unfair just to avoid accountability for my own behaviour, she believed me word for word.

As someone who was quiet and anxious, it was incredibly validating to know that she believed me and was ready to stand up for me, especially since standing up for yourself in a student-teacher dynamic is hard when it's often misinterpreted as cheek or back-talk.

So while I'm not encourage anyone to go running the roads and bating down school doors, I do want to give mama bears their flowers. Like I said, teachers hold a position of authority, and while the ones who use it responsibly deserve endless praise, the ones who don't should be reminded that authority doesn't go unchecked.


popular
14-year-old boy drowns at hotel in Turkey after family wedding
Body of woman discovered in unexplained circumstances
Should schools consider introducing a three-day week?
Prince William and Kate's kids won't have a live-in nanny for the first time in their lives
11-year-old girl rescued from island in West Cork
Mum-of-four found dead in her Co. Kerry home named locally
Inside Prince William and Kate's beautiful new home in Windsor
You may also like
17 hours ago
Should schools consider introducing a three-day week?
3 days ago
Voluntary contribution fee should be fully scrapped, National Parents' Council says
1 month ago
Boy punished for wearing shorts to school during extreme heatwave
1 month ago
Irish parents already feeling the pressure over back-to-school costs
1 month ago
Mum slated for taking her children out of school for a beach day- was she wrong?
1 month ago
Teacher explains why children should never hand out birthday invites in class
Next Page