A letter to those who judge me and my autistic son

Jade McNamara is a mum and blogger at bigbrowsmessyhair.com. In her own words, she talked to us about life about autism awareness and the challenges she faces with her autistic son. 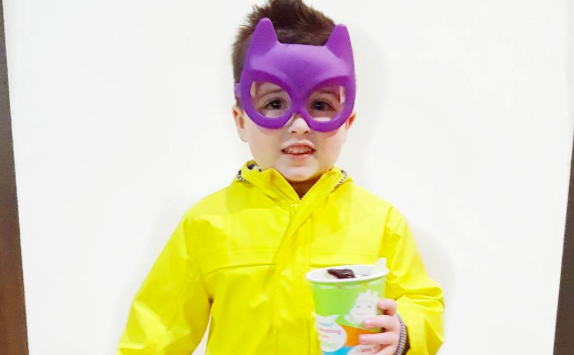 " To all that judge me and my five-year-old for using a stroller.

Being a mum to a child with special needs means you need to grow a thick skin, and fast. You think the stares and whispers behind your back will become easier to deal with, but it doesn’t. Autism is also known as the hidden disability because it is not a physical disability. Every special needs parent knows the judgemental stares or unsolicited remarks they receive from strangers. When people see a child with a physical disability, they are immediately understanding. Children with autism very often have no discernible differences in appearance. Their disability is hidden from the eye to a large extent. Strangers are quick to judge you as a mother and quick to judge your parenting skills.

They don’t see the parent that has been up since 3.30am as their five-year-old child struggles with sleep patterns.

They don't see the parent that spends time with her child in speech, occupational and psychology therapy.

They don’t see the parent that has turned their house into a home-school because their are not enough specialist Autism schools.

They don’t see the home therapists and tutors coming day in day out of your home.

They don’t see the parent that spends their evenings going through Applied Behaviour Analysis (ABA) data sheets to keep track of their child’s progression and regression.

They don’t see the Parent that spends her free time doing online courses to gain as much knowledge as possible to understand their child’s diagnosis.

They don’t see the parent that longs to have a conversation with their child or to hear them utter the word 'Mummy.'

They don’t see the parent that struggles to find nappies to fit their five-year-old child.

They don’t see the parent that still needs to feed their five-year-old all their meals as they have poor fine motor skills.

You want to say my five-year-old is in push chair because he is at high flight risk and may bolt at any given time. The stroller is used for his safety and wellbeing, so no harm comes to him.

You want to say, my child experiences sensory overload due to crowds, loud noises, and bright lights. That these sensory overloads can cause distress and anxiety. When he is in the stroller it makes it that little bit easier to manage his meltdown and to escape the environment quickly if needed. His heightened sensitivity to smell can cause a meltdown the size of Storm Desmond.

They see a Mom pushing a five-year-old in a buggy who is too old for these behaviours. Comments like ‘ He is too big to be in a stroller’ or ‘ He just needs to be disciplined’ are just some of the unsolicited and patronising comments we hear on a regular day.

Parents of children with special needs shouldn’t feel embarrassed or intimidated. We are parenting the best as we can.

Meltdowns and behavioral issues can be so unpredictable. One unpredictable change in a routine or a sudden loud noise could cause my child to behave in an unexpected manner. All of these examples are simply out of my control. For the most part, however, it is about understanding that the majority of individuals are just uneducated about Autism and they just do not understand how to react.

So next time you see a child in a stroller, and you think they look too old to be in it, don’t judge or assume the child or parent is lazy. Don’t stare or cast patronising marks. Just think, there might actually be a reason why we are choosing to use one. There’s is always more to something than meets the eye."

For more information on Autism and Autism awareness in Ireland, see autism.ie.

popular
Smyths issues warning to parents ahead of Christmas
Breaking is the haunting novel parents need to read this October
Coco Austin comes under fire for bathing daughter (6) in sink
Here's everything coming to Netflix this October
Riverdale actor Ryan Grantham charged with murder of his mother
Call The Midwife's Helen George reveals baby no. 2's unique name
Kids and teens who eat pasta are nutritionally better off
You may also like
2 days ago
TV presenter praises royal children – and claims most parents today are raising 'spoiled brats'
1 week ago
Positive parenting: 5 signs you are doing a great job as a parent
1 week ago
Some things definitely 'not' to do if you've been up all night with the baby
1 week ago
The Terrible Twos: One mum's advice on coping with this big parenting milestone
2 weeks ago
I am a tween mum now – and here is what I have learned so far
2 weeks ago
How to get your child to behave - without time-outs, shouting or bribery
Next Page