Andrea Mara Spills: This Is The TRUTH Behind The Facebook Version Of Our Family Holiday

I went on holidays recently, and I did what lots of people do – I put photos up on Facebook. It’s the modern version of the postcard isn’t it – “Having a lovely time, wish you were here!”

So here’s the Facebook version of my holiday, as told through the photos I posted on social media:

There was a photo of my small boy, floating in a rubber ring in the pool – he’s the only one in shot, the water is light blue and gold from the sun, and he has a big grin on his face. Clearly, we’re having the time of our lives in this campsite with amazing swimming pools, which my children love. And which appear to be almost empty, so we’ve plenty of space to swim. And the sun is shining. And the child is smiling. It’s a perfect holiday.

There was a photo of my two girls outside a cathedral – it tells you that we’re sight-seeing, we’re getting some culture, we’re learning about history, and the kids are loving it. It’s a perfect holiday.

There was a photo of my husband and my six-year-old laughing at each other across the table of a restaurant. They’re eating pizza, they both look delighted – clearly we’re having a wonderful family meal. It’s a perfect holiday.

And there was a photo of my little boy and me, sitting on the deck of the mobile home – he’s kissing my forehead. In the midst of all the swimming and sight-seeing and pizza-eating, there’s always time for a cuddle and a kiss with the boy who is still my baby. Because it’s all just so achingly perfect. 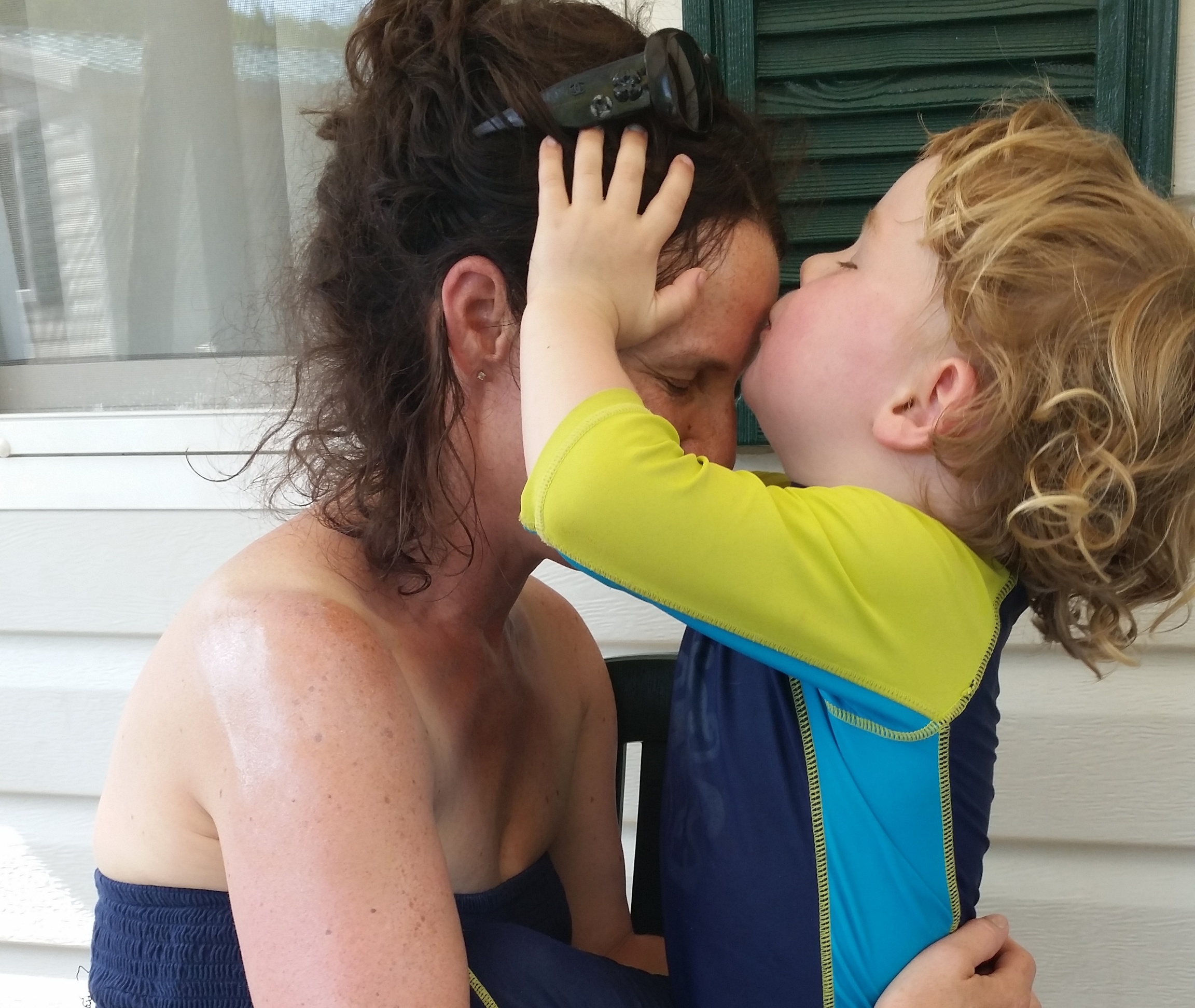 And it’s all true – well, kind of. But there’s also a more honest version of our holiday – the story behind the images.

In each case, there’s a photo that could have been taken two minutes before or five minutes after, which would tell of a very different holiday. The photos I didn’t share on Facebook or didn’t take at all.

A short while before the swimming pool photo, I was threatening to march one of the kids back to the mobile home if she didn’t stop shouting about her missing goggles. I was breaking up an argument between the two girls about the one remaining pair of goggles. I was trying to explain to the small boy for the eighty-fifth time that he can’t just wander off, and he can’t just jump in at the deep end (“But why can’t me swim here? You are MEAN!” “Eh, because you’re three and you can’t actually swim.”) 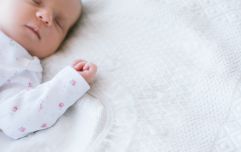 END_OF_DOCUMENT_TOKEN_TO_BE_REPLACED

There’s no photo of the wasp that stung my six-year-old, and no photo of the anxiety when we lost sight of the seven-year-old for ten minutes. There might be a photo somewhere of the large glass of wine I poured that night, once they were all in bed.

The cathedral photo was taken in 35 degree heat, with two participants who were eager to get the photo over and done with so they could get some ice-cream and air-con. We’d had a fraught journey (“This is taking FOREVER”), a complaint-laden wander around the city-centre, followed by relief when I said that after we’d seen the cathedral we could have ice-cream. Then finally they smiled. Snap – that’s the photo that will remind us of our amazing day-trip – box firmly ticked.

The restaurant trip was lovely and stressful and funny and awful and messy and brief, the way restaurant trips with three small kids tend to be. But hey, we have a photo that will make us think it was mostly just lovely, so that’s not such a bad thing.

And the one of my small boy kissing my forehead? That’s real, but then again, he’s probably apologising for running off/ locking us out of the mobile/ spilling the juice/ doing absolutely nothing we asked him to do for the entire two weeks.

But who wants to see a photo of that?

I suspect I’m not the only one guilty of sharing my best photos on Facebook, but isn’t that what we’ve always done. It’s just that previous generations did it offline – framing the smiling pictures of the sunniest days.

I think it’s OK to want to capture our good times, and I think it’s human to want to share them. And as for the horror stories? They’ll keep. They’re for swapping over some well-earned post-holiday wine. 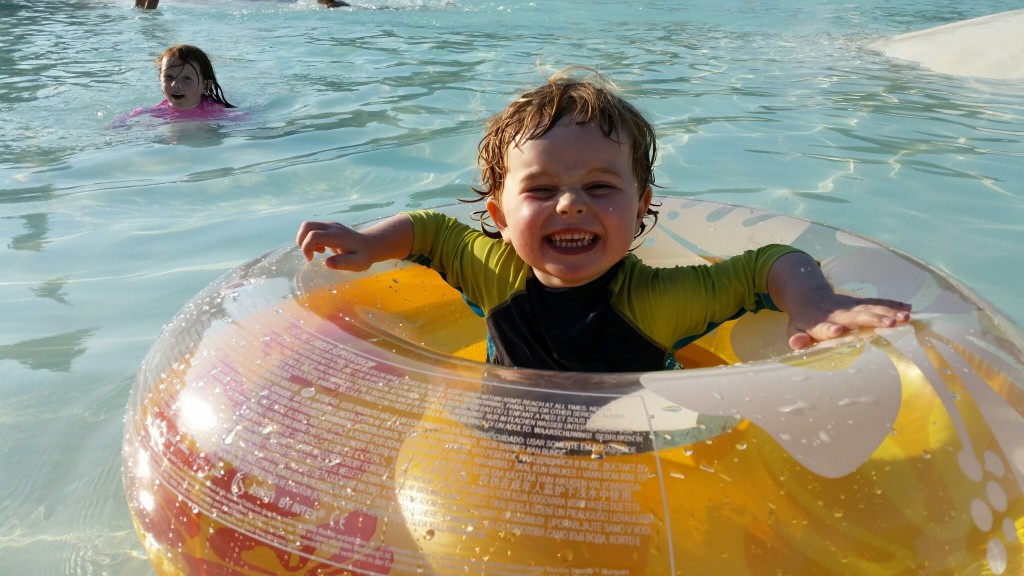 Andrea Mara is a shoe-obsessed, coffee-loving mother of three from Dublin. When she’s not working or looking after her three small kids, she’s simultaneously making tomorrow’s school lunches, eating Toblerone and letting off steam on her blog.


popular
A mini heatwave could be coming our way in September
Vogue Williams slams man who refused to swap seats with her on plane
Toddler tries running away from home – because Cocomelon was turned off
Gemma Owen spills the tea on how Luca gets on with Michael
Mum issues warning to parents over frightening Cocomelon video
Mum charged with murder after allegedly leaving baby in hot car
Adam Collard allegedly attacked on night out with Paige Thorne
You may also like
9 months ago
Teenagers set to protest outside Facebook HQ tomorrow over harm caused by social media
9 months ago
WhatsApp to stop working on over 50 phone models
10 months ago
'Instagram Kids' halted amid backlash and mental health concerns from damning report
1 year ago
Andrew McGinley shuts down Conor's Clips Facebook page due to "trolls"
1 year ago
I Do! This date in December is the day you are most likely to get proposed to
1 year ago
Research finds membership in home-schooling groups doubled during Covid
Next Page