"Dads have harder jobs than mums," thinks this 7-year-old...

Playing Duplo trains with my three-year-old last week, we had a crisis. We couldn’t find the train driver. I picked up the girl who came with the set and put her in the driver’s seat. My little boy took her back out. “No, she is a girl – she can’t be the train driver. We need to find the driver,” he explained.

Now admittedly, he has never seen a female train driver in real life. But he has also never seen a male train driver – he has never been on a train. All of his assumptions about who can or can’t drive trains come from the make believe world around him – the TV shows he watches, the books he reads, and his toys. In this case, a toy that came with a boy-driver and a girl-passenger.

Since they were able to talk, I’ve been having conversations with my three kids about jobs and careers and what they can do. I realised after a very early chat on the subject that they already had notions about who could do what – I had asked if there was any job girls can’t do, and they told me that girls can’t be footballers, builders or astronauts. I explained that that’s not the case, and I’ve kept the conversation going on-and-off ever since. But sometimes it feels like fighting a losing battle.

Would it have been so difficult to switch it up? Make the woman a doctor and the man a teacher?

That one page is a small thing on its own, but when combined with similar messages in books, in ads, and on TV shows, it adds up to creating the idea that not all jobs are suitable for women.

And research shows that perceptions and gender stereotypes have a huge influence on career choices for girls, which in turn, of course, contributes towards the gender pay gap and the glass ceiling.

We know that convincing girls to try STEM subjects (Science, Technology, Engineering and Maths) is a problem – Accenture produced an interesting report on this earlier this year. Their findings showed that while four out of five girls believe that studying STEM subjects creates career opportunities, 49 per cent of them feel that STEM subjects match male career jobs and almost one-third believe they match boys’ brains, personalities and hobbies better.

So what’s causing this idea that girls are not suited to STEM careers? According to the report, a perception that the subjects are more difficult is the top reason girls give for steering clear. Girls also said that there’s not enough information around the subjects, and they see them as “more suited to boys.”

There is an age-old stereotype that says boys are better at maths, but a 2009 OECD report found that in 25 of 65 countries, there is no significant difference between the genders. In 35 of 65, boys outperformed girls, and in five countries, girls outperformed boys. What this suggests is that performance differences are linked to culture and national policy, not gender. In other words, there is something we can do to fix it. 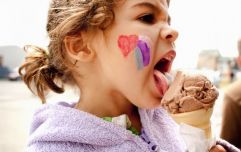 END_OF_DOCUMENT_TOKEN_TO_BE_REPLACED

Not every girl will want to go into a STEM career, nor should they feel they should. It’s just about keeping all the options open, and not avoiding particular subjects or careers, because of gender stereotyping, lack of information, and social conditioning.

And of course, there’s no overnight solution – it’s a conversation we need to keep having with our children.

Earlier this year, my then seven-year-old caught me by surprise when she said something about women and work. She was surmising that a friend’s mum might be off work for the summer, “Because dads have harder jobs than mums.”

I was surprised and asked her about it.

“Because it’s easier for her mum to take holidays. I mean it must be easier, because mums take more days off, especially in summer. I think that even though dads really love their kids, they know that both parents can’t take time off work at the same time or there wouldn’t be enough money. So mums take holidays and dads go to work. That’s what I mean. So it’s a bit easier for the mums.”

This, in spite of the fact that she’d see seen me work full-time for most of her life, and almost all of her friends’ mums work too. But indeed, many of the mothers she sees around her take Fridays off, or weeks off during holidays, which she in turn assumes means we have easier jobs. Oh, the irony. So in my house at least, this isn’t something I can say once and leave at that – I have to keep getting the message across.

Women can do anything they want. Even driving Duplo trains.

popular
The government has launched a new funding model for Irish childcare services
Expert says Cocomelon acts "as a drug" to kids' brains
The release date for season 12 of Call The Midwife has been announced
Former Grey's Anatomy writer says she has "no excuse" for lying about cancer
Elf on the Shelf is actually pretty bad for your kids, according to an expert
These 5 foods could increase your chances of having twins
Father took daughter to hospital three times before she died of Strep A
You may also like
3 years ago
Mum vents about people questioning her daughter's firefighter costume
5 years ago
This Kilkenny disco is telling teenage girls how to dress
5 years ago
Girls' Self-Esteem Is Lower Than Boys By The Age Of Just Six
6 years ago
Sophie Ellis-Bextor Is Sick Of Gender Stereotyping Our Kids, Are YOU?
6 years ago
Mum Fights Gender Stereotypes With Powerful Instagram Campaign
6 years ago
There’s A Huge Problem With Disney Princesses (That You Never Noticed Before)
Next Page