Dear mum who can't imagine leaving her child in a crèche

To the parent who said she could never imagine leaving a child in a crèche, and can’t understand how anyone could do it, I get it.

Maybe not so much why you chose to text a radio station about it, but yes, I get it. When I had a tiny baby, I couldn’t imagine leaving her in a crèche either. The thought of it haunted the last two months of my already short maternity leave. The childcare facility we planned to use was warm and friendly, caring and spotless, and full of toys. But still, it felt like leaving her with strangers. How could any parent do it?

The answer is, because we just do. That’s what thousands of parents around the country do every day – because we have to go to work and because we want to go to work. I suspect, in all honesty, that it’s a little bit of both. Unless we find a way to clone ourselves, childcare is for many parents the only option. 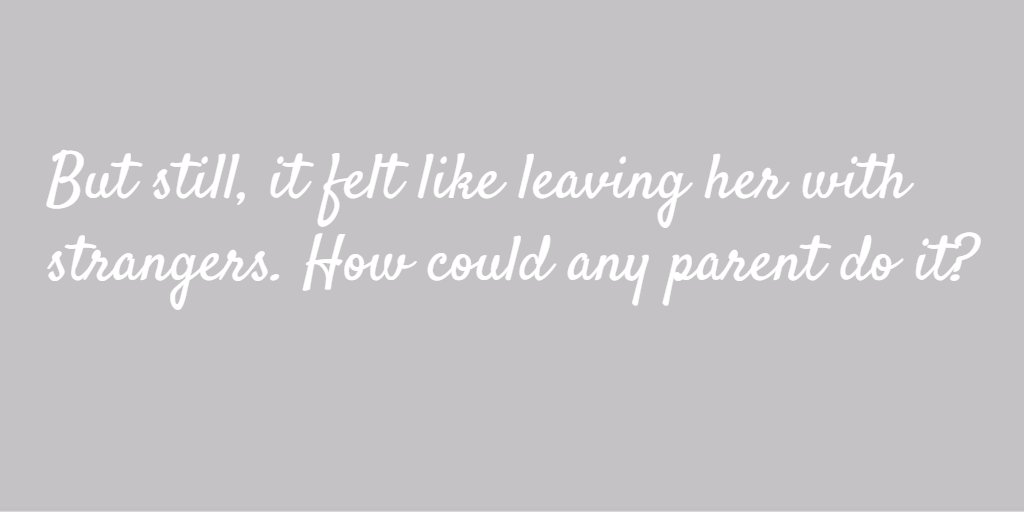 And of course there are exceptions. There are those who work part-time and have partners who work part-time, meaning both can take turns minding the children. Wouldn’t that be a perfect world, if more of us could do that? (And who said it should be a five-day week anyway?)

And there are lots of parents who have extended family looking after their children – if you can’t be there yourself, having a grandparent mind your child is a lovely option.

And then there are some who decide during maternity leave that actually, they’re not going back. They’re able to manage financially and prepared to accept that there will be less money to go around. 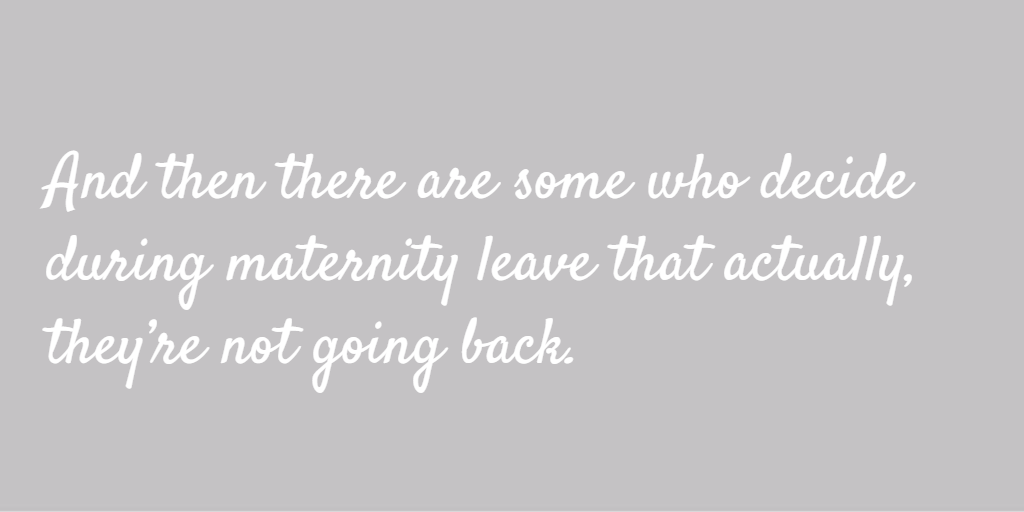 Maybe that’s the situation you are in and maybe that’s why you texted the radio station – because if you can do it, why can’t others? And that’s fine – if you can stay at home and you want to stay at home, then you absolutely should stay at home. It’s all about choice and the more choice we have, all of us, the better off we are.

But for lots of parents, giving up work just isn’t an option. There’s a big difference between the family who drops a salary and can’t go on holidays, and the family who drops a salary and can no longer pay the mortgage. We’re never comparing like with like. No two families have the same set of circumstances, though making comparisons is human and inevitable. 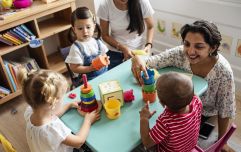 END_OF_DOCUMENT_TOKEN_TO_BE_REPLACED

And along with the financial need to work, many, many parents want to work. Just as the pull of spending time with a small child is impossible to ignore for some, perhaps for you the need to continue a career is equally strong for others.

There are jobs that facilitate taking time out while the kids are small - particularly in the public sector - but for many parents, that possibility isn’t on the table. So maintaining a career means exactly that – maintaining. Keeping a foot on the ladder. Trying to make it work with part-time or job-share or full-time, or anything else in between. Juggling daily, struggling daily, but making it work while the kids are small so that you can still work when they’re big. 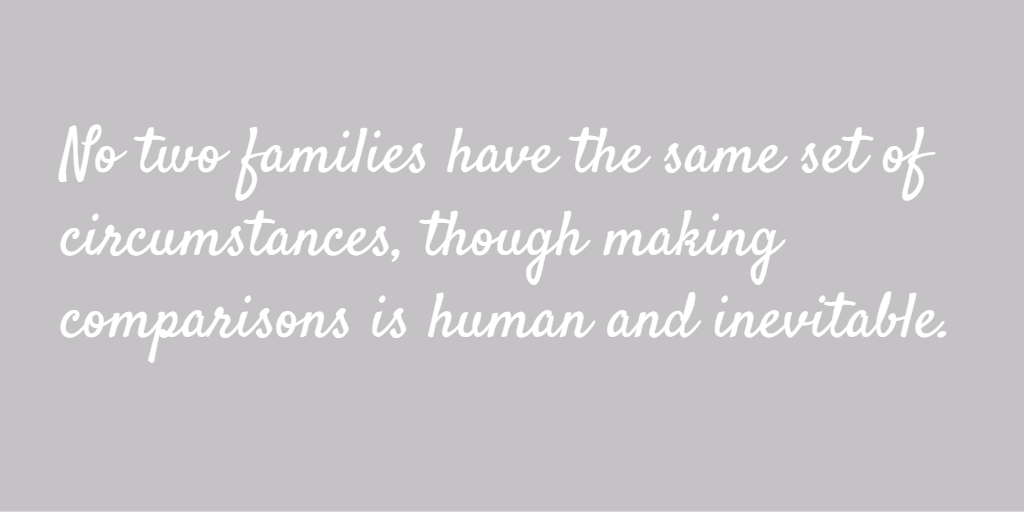 I remember, before I had kids, an older work colleague told me about her daughter who had viewed a crèche and decided against it - she was going to stay at home with her child instead.

“I think she’s dead right,” said the woman. “I mean, nobody in their right mind would leave a child in a crèche, would they?” I remember bristling at this - surely this woman understood that for parents today, crèche is a very normal and a very good option. It’s not the place of last resort; it’s a carefully thought out home-from-home where children are left with carers their parents know and trust.

And again, I get it. If you’re at home with them, it can be hard to imagine it any other way. It can be impossible to picture leaving them in a room with other babies and walking away. But for those who choose it and for those who have no choice, that’s exactly how it goes, and mostly, it turns out that it’s not as hard in reality as it seemed when it was looming close. 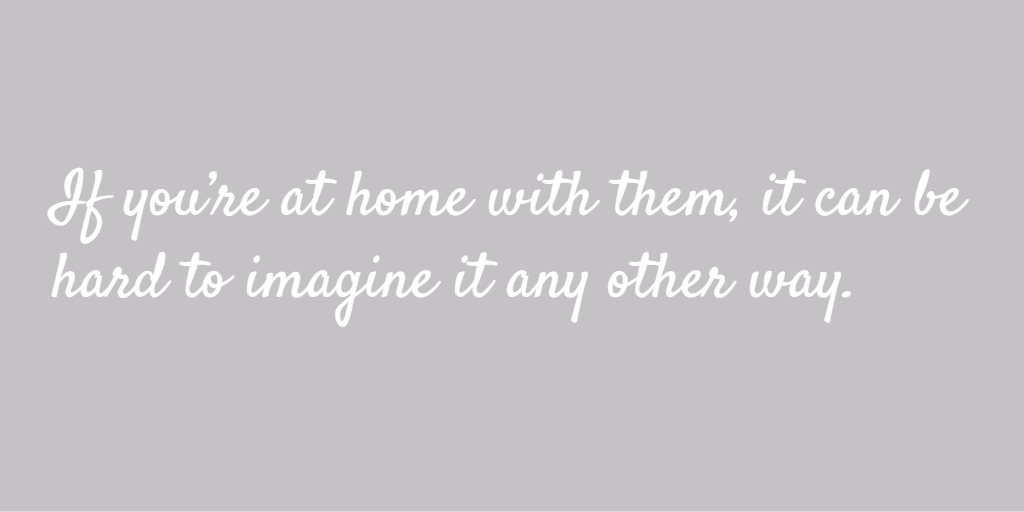 So while it’s impossible for you to imagine doing it, know that parents all over the country do it every day, and do it well. There’s no right or wrong and no two families are exactly the same.

We’re all just doing the best we can with the resources we have, and trusting that if the path we choose is well thought out and for all the right reasons, chances are it will all turn out okay.

As for my tiny baby – she’s now a happy eight-year-old who bounces into school each morning with a smile on her face. I don’t know what the future holds, but so far, I think it’s all come good.

popular
The government has launched a new funding model for Irish childcare services
Expert says Cocomelon acts "as a drug" to kids' brains
The release date for season 12 of Call The Midwife has been announced
Former Grey's Anatomy writer says she has "no excuse" for lying about cancer
Elf on the Shelf is actually pretty bad for your kids, according to an expert
These 5 foods could increase your chances of having twins
Father took daughter to hospital three times before she died of Strep A
You may also like
1 week ago
Vogue Williams defends decision to have a nanny for her three kids
1 month ago
How much should I be paying my babysitter?
1 month ago
Warning signs to look out for if your child is being mistreated in childcare
1 month ago
Pippa O'Connor gets honest about hiring a nanny for her children
2 months ago
Parents told to prepare for two-year-long creche waiting lists
2 months ago
Double payment of child benefit on the cards to help tackle cost of living crisis
Next Page