Gardaí in Limerick are investigating after an adult male sent a sinister message to a teenager via a games console.

The child alerted parents after the interaction, described by Gardaí as 'perverse', took place and it was immediately reported to police.

The games console, which was solely used for gaming, has been taken by Gardaí at Henry Street as a full investigation is launched.

Online gaming is becoming increasingly popular, but there are risks involved. A Garda source told the Irish Examiner: “Youngsters use these consoles to engage in games and interact as they take part in different gaming pursuits, which can vary from soccer games to all kinds of challenges.

“However, an adult has got into one child’s system and began to engage. It started off quite normally, then the conversation descended into a very sinister perverse engagement and thankfully the child decided to terminate the interaction and alerted the parents. A full investigation is now underway to try and track down the male who was involved."

Parents have been advised to keep a check on gaming consoles and ensure that security settings are in place to restrict access. 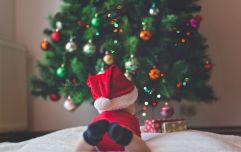 END_OF_DOCUMENT_TOKEN_TO_BE_REPLACED

“Parents need to be vigilant as these consoles give huge fun and enjoyment, but they can very easily be targeted by sinister individuals for their own gratification at the expense of vulnerable young people who they target.” said the source.

For information on how to keep your child safe online, click here.


popular
4-year-old girl killed in Sligo caravan park named locally
This mum's post about dying to send her kids back to school is too funny
Tasha's dad responds to Jacques' Instagram video
Lauren Goodger assaulted and taken to hospital after daughter's funeral
Musings: I think 'Lawnmower' parenting is damaging for children
Investigation into the discovery of a body of a male, Drumcondra, Dublin
Planning your next getaway? Here are 6 fun family activities to try this summer
You may also like
2 months ago
Five body safety and boundary rules you should discuss with your kids
2 months ago
Mum called out for putting a lock on her son's bedroom door
2 months ago
Poisons Centre warns parents to be wary of Weeverfish when visiting beaches
2 months ago
Mum horrified after finding a knife inside the box of a doll she was buying for her daughter
2 months ago
Gardaí investigating attempted abduction of 7-year-old boy
3 months ago
Woman in danger rescued after calling 999 to "order a pizza"
Next Page