I'd like to think that I always do my best in treating my little girl and little boy the same – parenting them the same as far as it is possible.

Something I assume is the case for most of us.

However; now some recent research has pointed out that maybe we need to rethink how we parent little boys – or at the very least be aware of how certain parenting methods can do far more harm than good.

According to a new US study, published in Infant Mental Health Journal, baby boys are more vulnerable to stress due to “significant gender differences…between male and female social and emotional functions in the earliest stages of development.”

What this means, according to the experts, is that because boys generally mature at a slower pace than girls both socially, physically, and linguistically, they are also far more exposed to social and physical stress for a longer period of time compared to girls.

In fact, research author Dr. Allan Schore, a highly regarded psychologist with an extensive body of work, claims that because the stress-regulating region of a boy's brain matures slower, they are far more more negatively affected by stress like maternal depression, birth trauma and also by being separated from their mothers during their early years.

According to Dr. Darcia Narvaez, professor of psychology at the University of Notre Dame, who in a Psychology Today report commented on Dr. Schore’s research, while "girls have more built-in mechanisms that foster resiliency against stress," boys are affected far more negatively by any of the above.

The research points out that the 'tough love' technique, for instance, such as letting children 'cry it out' or intentionally withholding affection, can lead to seriously harmful consequences for young boys, with this "attachment trauma" causing 'a significant impact on the development of the right brain hemisphere, the part that regulates our self-control and sociality functions.'

And this, in turn, says the study, can put boys at a higher risk for "neuropsychiatric disorders that appear developmentally such as autism, early onset schizophrenia, ADHD, and other conduct disorders. 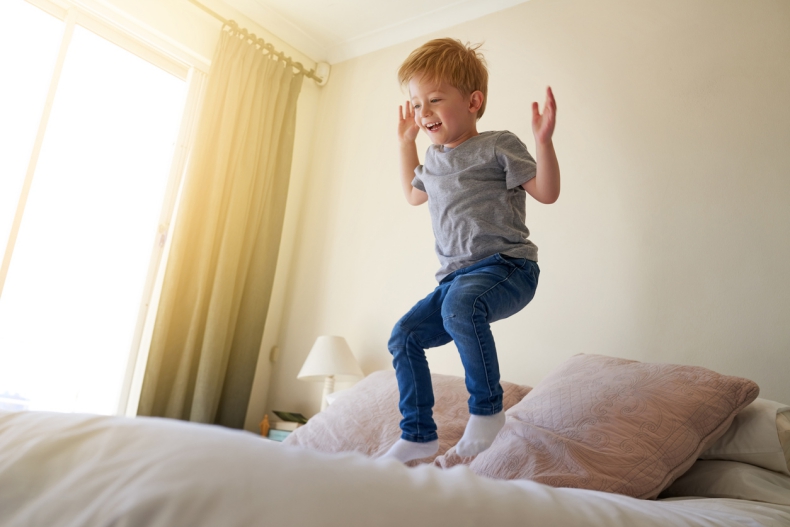 END_OF_DOCUMENT_TOKEN_TO_BE_REPLACED

How we can parent boys better

This is what the experts had to say:

1. Be responsive.
Boys do not need less love and affection than girls, according to Dr. Narvaez. In fact; many studies have proven that it is, in fact, impossible to spoil a baby and that you should be cuddling and snuggling them as much as you can.

2. Insist on immediate skin-to-skin
“Exposing newborn male to separation stress causes an acute strong increase of cortisol and can, therefore, be regarded as a severe stressor,” says Dr. Schore. Many campaigns have put importance on immediate skin-to-skin contact of mother and newborn after birth, and is also recommended by the World Health Organization as part of a simple, essential newborn care that has proven to be life-saving. As well as this, aside from preventing separation stress, placing the naked baby on the mother’s bare chest transfers warmth, placental blood and protective bacteria, and promotes exclusive breastfeeding.

3. Watch out for environmental toxins.
Developing brains should be kept away from harmful chemicals that can affect growth, says Dr. Narvaez, citing the study. This includes those found in plastics like BPA (bis-phenol-A).


popular
Lidl cancels sale of toys, clothes, and Christmas decorations during Level 5
Naughty children make more money as adults, a study has found
"I want to be a mummy:" Sam Smith on their dream to have children
WFH wardrobe: 10 reasons I am in LOVE with the brand new Hush collection
These 5 Foods Could Increase Your Chances of Having Twins
Gardaí ask public not to spread rumours about unexplained deaths of woman and two children
5 great pumpkin patches around Ireland to bring the kids to this month

You may also like
11 hours ago
Naughty children make more money as adults, a study has found
2 days ago
Experts say forcing a strict bedtime routine may be completely pointless
3 days ago
Mums are more stressed at home than in work, researchers find
3 days ago
Quality time: 10 easy autumn-themed crafts to do with your kids this midterm
3 days ago
Kids always playing rough and wild? Here's the ONE trick you need up your sleeve
4 days ago
One mum's chore chart for her kids is being praised as 'life changing' by other parents
Next Page