Katie Price has opened up about her kids' desire to be famous.

During a conversation about child stars on ITV's Loose Women, she said that her kids have had a number of opportunities come their way but that she'd rather they stick with school.

"Being in the industry, my kids get offered things but obviously I still think they should have their education first."

Her daughter Princess, ten, has a book coming out, she said, while 12-year-old son Junior has been approached about releasing his own clothing range.

Junior wants to be a vlogger on Youtube, she added, but Katie admitted that she's wary of her kids becoming famous in their own right.

"It's because I'm in the industry that I don't like the industry, because you know what it can be like.

"He wants to be the star like that but I have to rein him in.

"(I tell him) 'you can't go on this just because of who you are... you can't because you're different'." 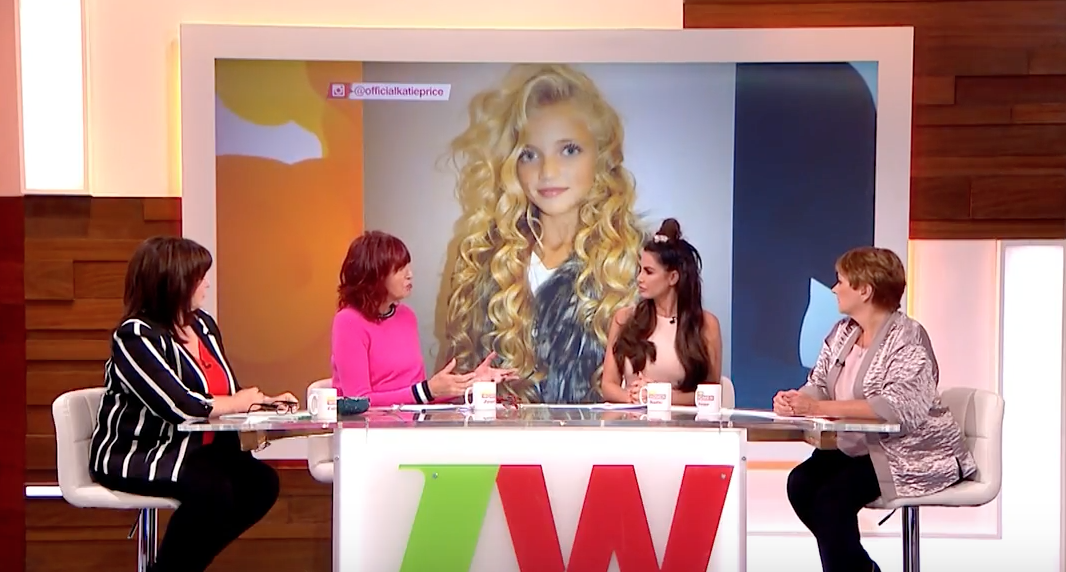 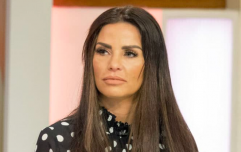 END_OF_DOCUMENT_TOKEN_TO_BE_REPLACED

The kids are only allowed to promote their projects during their school holidays, she said, stressing that they are "normal".

"I'm not pushing them; the thing is, we're so normal at home.

Earlier this year, Katie confirmed that Princess would be doing her own publicity when the book is released.

"She's open like the rest of the family, so when she's interviewed she will answer back, she'll be doing a press call and I can't wait!," she told The Sun.

popular
Holly and Phillip weren't on media list for Queen's lying in state
Irish teacher slated over the "inappropriate" clothes he wore to work
Paralympian Ellie Simmonds targeted by online abuse after Strictly performance
4 ways to fix hard slime with ingredients you probably already have at home
This no-bake Nutella cheesecake is honestly about to change your life
Holly Willoughby and Phillip Schofield speak out against queue jumping claims
Lynn Egar will appear in court next week after being charged with murder of children
You may also like
5 months ago
Peter Andre says he's "terrified" of his kids being groomed online
5 months ago
Katie Price calls off engagement after her ex accuses her of cheating
6 months ago
"I wouldn't be here today": Katie Price reveals she tried to take her own life
7 months ago
Katie Price reveals plans to have another child
7 months ago
Katie Price admits she could've left her kids "without a mum" after drink-drug car crash
8 months ago
Katie Price's daughter tests positive for Covid after admitting she wanted to get it
Next Page