Divorce is always going to be somewhat messy, especially if you have kids.

Louise Redknapp split from her footballer husband, Jamie, in 2017 and had to go through her divorce in the public limelight.

Louise, who rose to fame in 1992 with R&B group Eternal, had been married to her husband for nineteen years when they decided to call it quits.

The two finalised their divorce this month.

Louise has opened up about the split and how it impacted her two sons, Charley, fourteen, and Beau, nine.

She says that she and Jamie are both committed to co-parenting, telling the Sunday Mirror:

"For me and Jamie, our boys are the most important thing in both of our worlds. They're great kids."

Louise, who had put aside her singing career to focus on looking after her children, came back into the public eye after competing, and finishing as joint runner-up, on Strictly Come Dancing in 2016.

While this had a positive effect on her career, it meant that her divorce was under huge public scrutiny. Managing this publicity amid the breakup was very important to the couple in terms of protecting their boys.

"I think it is tough and, if I'm talking honestly, I think that often goes unnoticed when you've got kids.

They're the ones that see the good and bad, whether on social media or in the public. We have to take responsibility for that because we're the ones in the public eye. We just try to conduct ourselves in the best way to protect our children at all times."

Louise claims she has no time for dating at the moment. Staying focused on her children and her career is the most important thing right now. 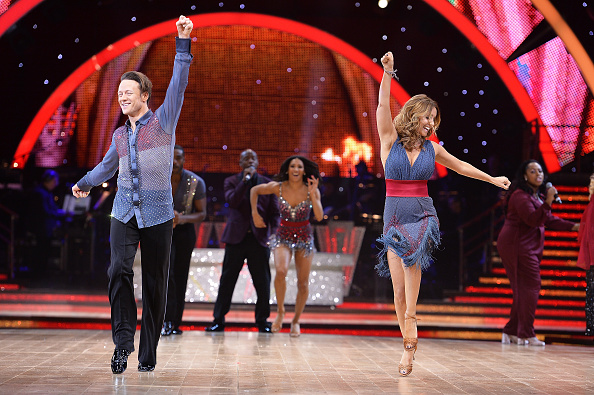 "I'm happy, it's all good. I'm working hard and enjoying the boys... my boys, my kids, that is! No one is trying to set me up with anyone, I'm too busy working."

She says that her sons take after their father and that both love football, especially Beau, who signed up to Chelsea FC soccer school last year.

Louise says that Jamie sees the boys most days and that he loves watching Beau play football.

popular
"My heart sank": Tubridy hit with backlash over Toy Show remark
Parents told to stop buying selection boxes for kids- here's why
Molly Mae Hague disappointed after "huge fail" during baby scan
"Losing a baby is the ultimate loss, but to watch on over a video call is soul destroying"
Third child dies from scarlet fever in UK- here are the symptoms to look out for
Miriam O'Callaghan on the heartache of losing her sister at 33
Gillian And Ronan Treacy Share Their Tragic Story
You may also like
3 months ago
Gilmore Girls star Alexis Bledel splits from husband of 8 years
4 months ago
Rachel Stevens announces split from husband of 13 years
6 months ago
This sign in the early stages of a relationship that could predict divorce
7 months ago
My ex-husband still sleeps with our 8yo daughter in his bed
7 months ago
Kim Kardashian reveals she didn't speak to Kanye for 8 months after filing for divorce
9 months ago
Adele tearfully dedicates BRIT Award to "gracious" son Angelo and her ex-husband Simon
Next Page