Suspicious Sally at home this year? Raised eyebrows every time you mention Mr Claus? You may be on the cusp of one of the most bittersweet moments of parenthood: The Great Big Santa Claus Reveal.

I believed in Santa much longer than my friends. I used to pretend I didn't think he was real to them, and then frantically write him letters assuring him I had faith in his Christmas ability. My parents went to great lengths to maintain the fantasy with sooty prints all over the rug and half chewed carrots in the garden. My poor father!

For me, it was a slow realisation and a dawning of suspicion rather than a sit-down reveal. I have heard stories about some children who are inconsolable when they are told that Santa isn't real.

But now there is a gentler way that can include your older child in the Christmas magic without totally bursting the childish bubble of Old Saint Nic: Mum, Charity Hutchinson reposted an idea she came across online which we think is one of the loveliest ways to frame the conversation.

She says the crux of the idea is to transition children from receiving presents from Santa to 'becoming' a Santa. That way it is not a lie that gets discovered but a secret they are now included in which should foster the importance of good deeds for no recognition - essentially what the spirit of Christmas is all about. Charity suggests sitting your child down when they seem ready. (She says 6 or 7, but I would hope my child would believe for much longer than this) She says to explain to them that their heart has grown and it is time to BE a Santa. Encourage them to find out what someone needs, a teacher, a friend or an Aunt and find that gift, wrap it and leave it for them. They should feel so proud they have brought happiness to someone who needed it while also feeling they have gained something rather than lost the idea of Santa. 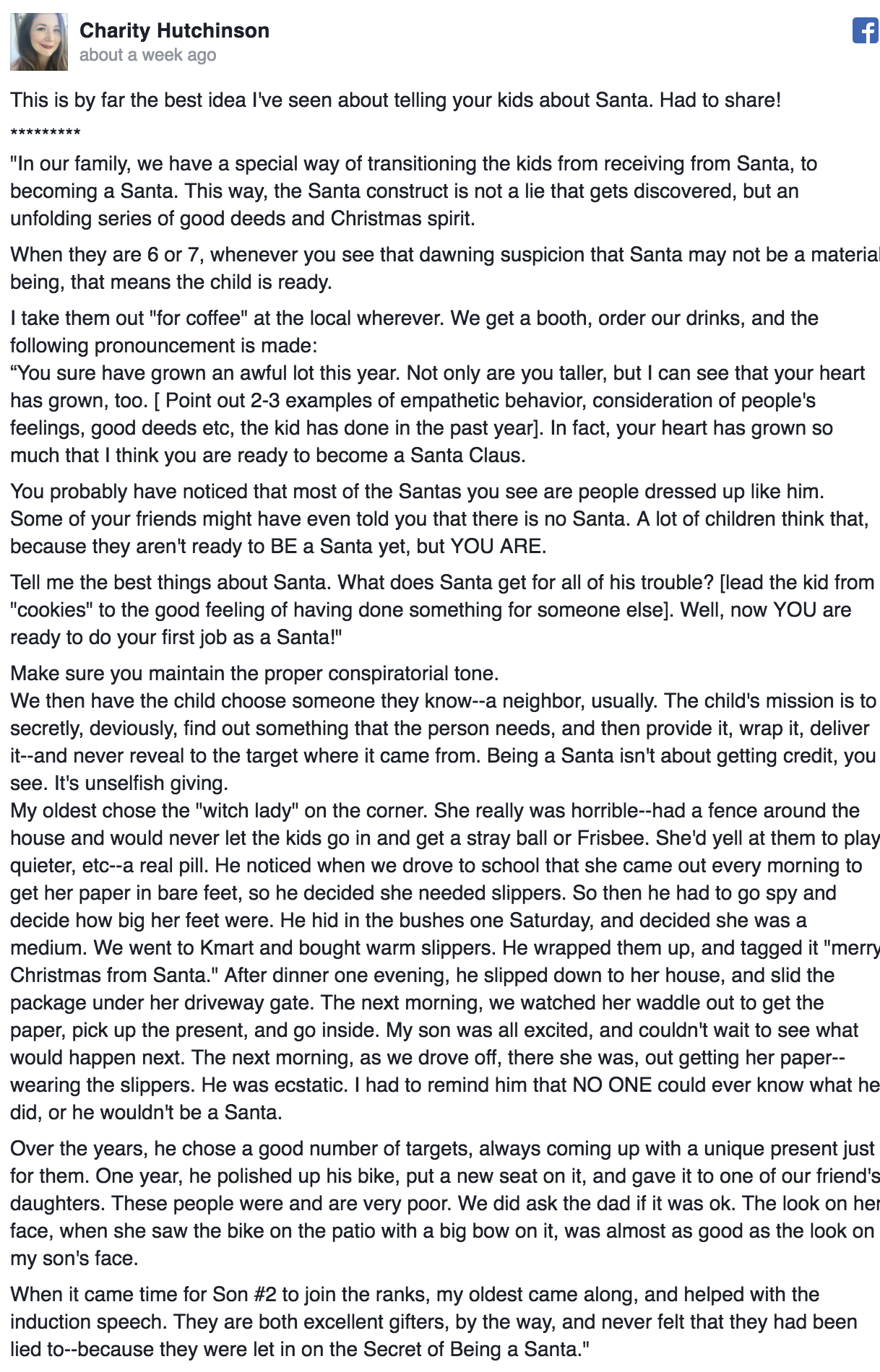 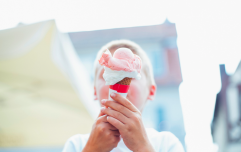 Apparently, dads are far more likely to give children junk food, and are you surprised?

END_OF_DOCUMENT_TOKEN_TO_BE_REPLACED

The idea has been bouncing around online since around 2007, and so far I think it is one of the nicest ways to be honest, but inclusive to your blossoming child.

I dread the day the magic dulls slightly for my little trio, but at least this way the spirit of Christmas lives on in our family and it teaches them to grow their kind hearts.