Mother Warns Other Parents After Baby Is Burned By iPhone

A mother of three has issued a warning to other parents after her five-month-old baby suffered a nasty burn from a phone screen.

Rebecca Gleeson, from Yorkshire, was out for a stroll with her baby daughter Rose and sons Evan and Kian when the baby started to cry and she noticed a red mark on her leg.

On further investigation, she realised that the phone she had put in the baby's pram for safe keeping had accidentally switched into camera mode, causing the screen to heat up.

The hot phone then slipped underneath the baby inside the pram, burning her thigh. 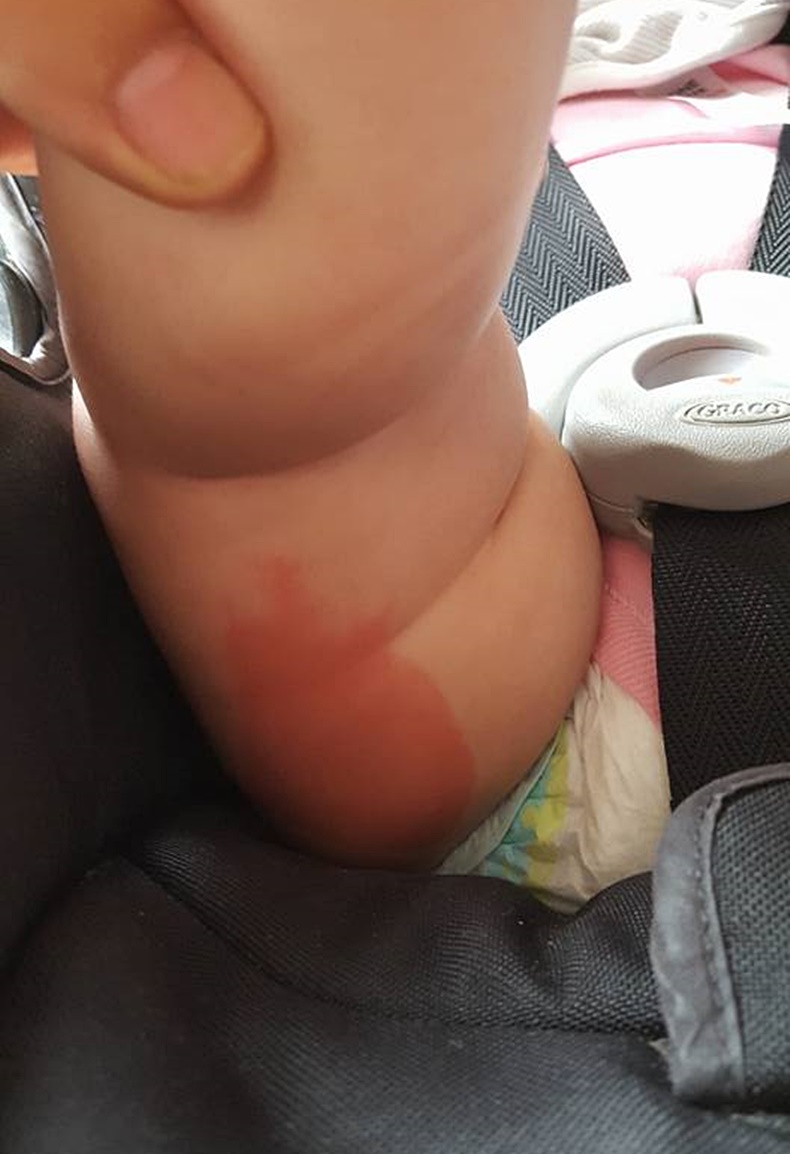 “Rose had had her injections on Monday and had a temperature for a couple of days so I thought she just wanted a cuddle.

“And as awful as it sounds I had my hands full with Kian.

“I had left my phone down the side of her pram and when she has wriggled it’s gone under her leg,

“I felt horrible, I was absolutely gutted. I felt dead guilty about it."

Now Rebecca is warning mums and dads to avoid popping items such as pones and keys into their baby's pram while walking. In a Facebook post on the incident, she said: "Feeling like such a bad mammy but wanted to tell so other people don't do it."

Have you encountered a safety hazard other parents should be aware of? Let us know about it on Twitter @HerFamilydotie.

popular
Expert says Cocomelon acts "as a drug" to kids' brains
Prince William and Princess Kate would welcome a fourth child with open arms
4 ways to fix hard slime with ingredients you probably already have at home
Elf on the Shelf is actually pretty bad for your kids, according to an expert
Omniplex Cinemas launches My Omni Pass and every family should have one
20 Unisex Irish Baby Names That Are Absolutely Magical
Kirstie Alley criticised for transphobic Tweets about breastfeeding
You may also like
1 day ago
Parenting expert claims making kids sit on Santa's lap is "bullying"
1 month ago
I kicked my daughter's friend out of her birthday party- was I wrong?
1 month ago
I think it's safe to say we'll all be holding our children a little tighter tonight
1 month ago
How to potty train your toddler in three days, according to the experts
2 months ago
Kelly Clarkson admitted she spanks her children if they misbehave
2 months ago
Hilary Swank, 48, reveals she is pregnant with twins
Next Page