I wish I had the patience – and creative flair – to pack my kids lunched like these!

However, maybe not – when I see what happened to this mum – who really just went all-in when it came to preparing lunches for her daughter that she knew the tween would love – and that might even make her smile!

However, after the child's teacher sent a message home asking the mother to 'tone down' the "elaborate" packed lunches – as they make other children "feel bad" – the mum's husband took to chat forum Reddit to vent.

"My kid is eight", the woman's husband explained on the forum.

"Long story short, my wife tries to make really fun lunches for my daughter. She follows a couple of those school lunches pages on Instagram for inspiration or whatever. It’s important to us that our child likes her lunches and that she’s happy."

But when the message from their daughter's teacher reached them, asking them to not go so over the top with the lunchboxes anymore, the pair admit to being less than impressed.

"My daughter's teacher called and left a message asking us that we simplify her lunches and do the typical sandwich thing because other kids 'don’t have as elaborate as lunches and it might make them feel bad," the annoyed father shared on the discussion forum.

And so he sent the school a very strongly-worded email. 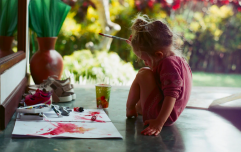 END_OF_DOCUMENT_TOKEN_TO_BE_REPLACED

"No we won’t and that I really don’t care, and that if other kids get upset then maybe it would be a good teaching moment for her."

Asking Reddit users if he took it a bit too far, the majority of people on the site actually defended him and agreed it was a good lesson for the school.

One said: "Does your boss request that you drive a 2007 Corolla because your coworkers can’t stand to see a Tesla?"

Another added: "I love those cute little lunches and do bento boxes for my adult lunches. The teacher sounds like a snowflake. What's next? Asking your kid to get a wrong answer on a quiz because she is 'too smart'?"


popular
Sligo teacher creates animated video series for Junior Cert revision
Positive parenting: 11 little things that mean the world to kids
NPHET to advise the Government that all schoolchildren return to school the end of February
'We want a family': Suzanne Jackson on having kids with husband Dylan
Nutella Biscuits have arrived in Ireland
RTÉ are introducing new educational programmes aimed at those sitting their Junior- and Leaving Certs
Totally tropical baby names inspired by Hawaii
You may also like
2 days ago
Positive parenting: 11 little things that mean the world to kids
2 days ago
I am pretty obsessive about bedtime rituals in our house – and here the reason why
2 days ago
Amy Huberman is homeschooling her kids – like the rest of us – and here's how it's going
3 days ago
Stacey Solomon was trolled for her boys having three different dads – and here is her response
1 week ago
A new study has shed light on how much housework men and women each do per week
1 week ago
This mum meal plans for an ENTIRE YEAR – and here is how she does it
Next Page