Look, we all love being parents for the most part, don't we? But still – can we admit that caring for young kids is also all sorts of exhausting at times, no?

And that is why we are all over this geneius parenting hack mum-of-two Jessica D’Entremont just shared with her social media followers.

D'Entremont explained in a now-viral Facebook post how fibbing about her kids' pyjamas paid off in spades.

"Looking for a way to keep your kids still? Buy them glow-in-the-dark pjs," explained Jessica. "Tell them they have to lie really still under the light to 'charge' them. I'm not even sorry!" 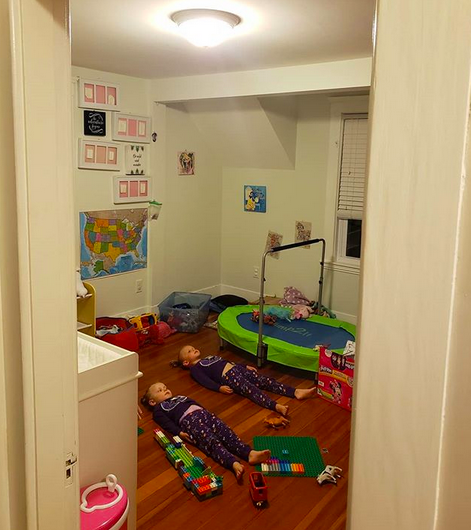 The idea, apparently, popped into Jessica's mind after a particularly hectic day. "The kids were jumping and running around, chasing each other with dragons they made out of legos," she told POPSUGAR.

"Both of my girls have sensory processing disorders and we had a very busy day. Our walk home threw them all off due to the crowds, noise, and the shopping. They were about to start freaking out, so I whipped out the pyjamas once we got home and told them if they lie super still and charge them they would glow in the dark." 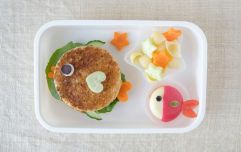 END_OF_DOCUMENT_TOKEN_TO_BE_REPLACED

Oh – and this clever mama knew how to keep the fib going too.

In an updated version of the original post, D'Entremont adds:

"To expand on the trickery I've started putting the pjs back into their drawer when they get dressed in the morning," she said. "Unexposed to light all day, they dim and do not glow in the dark, which I explained when they tried to test me last night until they laid down again."

How flipping genius is this?

Also, let it be said that getting your children to slow down like this before bedtime is actually really clever on a number of levels, and is a great way to both relax and decompress, no doubt making bedtime much easier and less frantic – even if the kids don’t know that’s what they’re doing.

Have YOU got any clever 'mum tricks' to share with us? Let us know in the comments or tweet us at @herfamilydotie