Play Therapy for treating trauma in children: A Psychologist gives the lowdown

As a psychologist at Sugru Child Development and Contextual Play Therapy Services, I engage with families from all over Ireland dealing with issues from prenatal woes to teenagers needing extra coping strategies. We employ the most up-to-date research in positive parenting research to forge a new way for parents to learn how to promote holistic well-being in their home.

Okay, let’s set the record straight on what this form of therapy is and why it’s useful, particularly for younger children.

Play therapy, or therapeutic play, is used to allow children to freedom to explore and represent their world in a safe non-judgmental environment. This is in conflict with the stereotypical visions of therapy we hold which depict stern psychologists nodding slowly while their clients pour their hearts out on a couch.

Not surprisingly, this doesn’t work too well with the little ones!

It's imperative to be aware that young children have not yet formed the ability to comprehend fully their own thoughts, emotions and motives, let alone the language to express their negative emotions, to adults they barely know. This is why play therapy can be used: “You can discover more about a person in an hour of play than in a year of conversation” (Plato, 429-347).

Carl Rogers coined the term “non-directive” therapy to explain how the child is the leader of their own journey through play while the practitioner passively attends and observes. The therapeutic play practitioner engages only if the child expressively asks. In 1950, Virgina Axline developed eight principals, which every reputable play therapist abides by, including accepting the child for exactly who they are, and maintaining a deep and inherent respect for the child’s ability to solve their own problems, when given the opportunity.

The effectiveness of therapeutic play is supported by several psychological research studies in the areas of elective mutism, anxiety disorders and fostering difficulties. 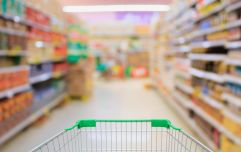 END_OF_DOCUMENT_TOKEN_TO_BE_REPLACED

Trauma occurs as a result of a person not able to fully come to terms with an incident they have experienced. It's necessary for children to describe what happened and how it affected them but, because they often cannot verbally tell us or physically show us, it's easier and safer for them to use symbols and metaphors as it affords the child a safe distance from where they can begin to process and heal.

We want to forget traumatic experiences, but first we need to revisit the situation in detail in a child-friendly way to emotionally process it.

Most importantly, because of the sensitive nature of the work, parents should always consult with potential practitioners before engaging in a course of therapy to ensure their methods and ethos are of a high standard.

popular
"My heart sank": Tubridy hit with backlash over Toy Show remark
Third child dies from scarlet fever in UK- here are the symptoms to look out for
Having an Elf on the Shelf can actually be bad for your kids
"Losing a baby is the ultimate loss, but to watch on over a video call is soul destroying"
Parents told to stop buying selection boxes for kids- here's why
Downton Abbey's Jessica Brown Findlay welcomes twins after IVF struggle
Alejandro Miszan: Fundraiser set up following vicious dog attack
You may also like
3 years ago
What it's like going for IVF treatment the second time around
4 years ago
Parenting battles: How to handle conflict in front of children
4 years ago
How to meal prep like a total boss, starting NOW
4 years ago
Sugar-free Christmas breakfast (or anytime) muffins
5 years ago
Ex-pat parenting: One mum on 7 BIG differences
5 years ago
How To Control Emotional Eating: 10 Steps to Freedom
Next Page