It benefits them as much as it helps you.

From the days of large families where older siblings had big responsibilities in earning, helping to maintain the home and looking after the younger kids, household duties went hand in hand with the Irish childhood experience.

The generation of Irish children currently being raised faces the least responsibilities ever expected of them from a young age. And while that's a great thing in that kids are now allowed to be, well, kids, getting them to give a helping hand actually benefits them as much as you.

Here are some of the ways in which giving your kids chores is good for them.

It teaches them essential life skills

Perhaps the most obvious reason, giving your kids chores to do while they're part of your household will help set them up for when they're not. There's going to come a day where they'll fly the nest and need to be able to survive on their own two feet. 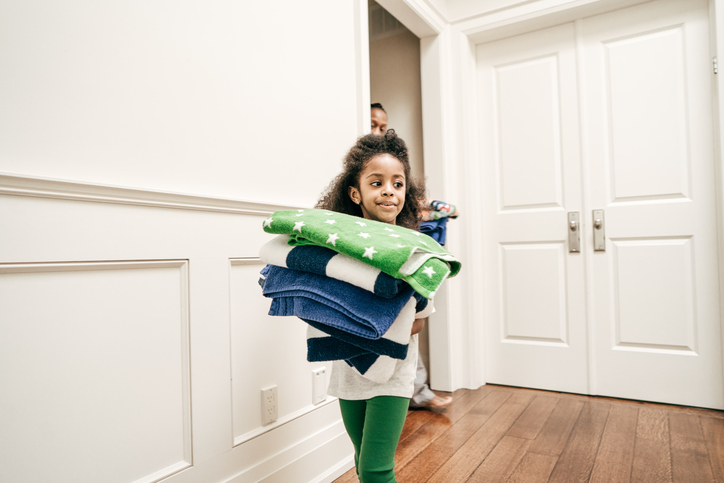 For this reason, showing your kids how to cook, clean and maintain their environment is important. If they do it in their childhood, it'll come more naturally in adulthood.

Not only are you doing them a favour, you're also doing a solid for all the people they'll live with in the future. Teaching your kids the basics ensures they're less likely to grow up into the nightmare housemate who lives in a pig sty, or the spouse who acts more like an additional child than a partner.

It teaches them to manage their time 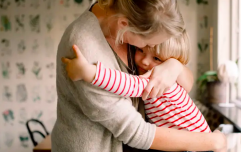 END_OF_DOCUMENT_TOKEN_TO_BE_REPLACED

Building on from that, being an adult is basically just juggling a whole load of balls. Sometimes it feels like there aren't enough hours in the day. If your kids haven't had some sort of practice in managing their responsibilities in childhood, they might find it overwhelming when they have to do so in adulthood. 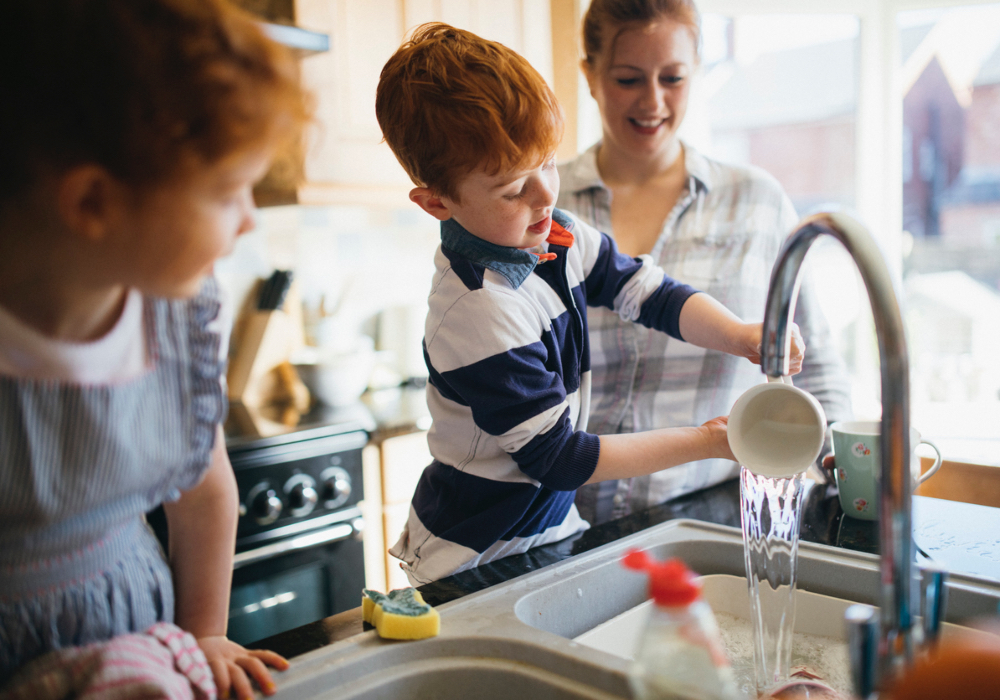 Managing their responsibilities builds confidence and self esteem in children. After watching you do something and then learning to do it themselves, they'll eventually feel competent and capable.

This will be aided further by praising them, both for the job they've done, the effort they've made and the initiative they've shown. Studies show that children respond more positively to being praised for the effort they've put into something as opposed to just the outcome.

On that note, try not to interrupt to ensure the chore is completed perfectly. If your child or teen sees you taking over or micromanaging them, they'll feel like they're not doing a good job and may see their efforts as pointless. 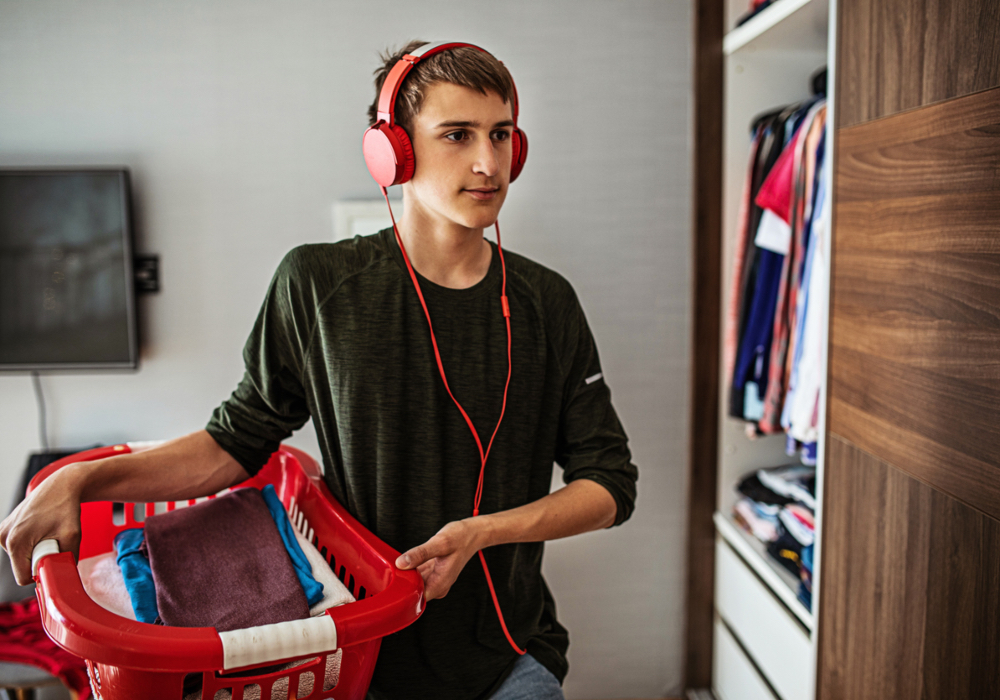 It highlights the importance of teamwork

The benefit of household chores is just that – they're supposed to benefit the household. That means giving your kids chores that help a team effort to maintain communal areas, as opposed to just chores that cover their individual spaces or needs.

While it's great for kids to learn to look after themselves and their spaces through making their own lunch or tidying their room, it's important they play a role in a bigger picture. Tasks like setting the table, cleaning up after meals, or sweeping, vacuuming and dusting rooms that everyone uses will show them the importance of chipping in for the greater good.


popular
Parent's Benefit Leave extended from today - here's what you need to know
6 fun things to do in Dublin on your next family day out
"You're disgusting": Prince William roars at photographer who was 'stalking' his family
I tried 'slow parenting' for a year and I'm never going back
Children wearing wrong-sized shoes and pyjamas in daytime as parents cut costs
Robb Elementary school to be demolished in the wake of recent shooting
Breaking period taboos: My boys carry pads and tampons in their school bags
You may also like
1 day ago
This is what new parents in Ireland think is the hardest part
3 days ago
Should I make my teenage daughter pay me for collecting her from work?
4 days ago
"I gave my son a 'safe sex hamper' for his 16th birthday"
5 days ago
New dad called 'demanding' over list of guidelines to visit newborn son
6 days ago
"My parents are useless grandparents" – are today's grandparents too cool to babysit?
1 week ago
Less camps and activities: Here's why you should let your children be bored this summer
Next Page