Single Sex Schools: Are You For Or Against?

“If girls do not learn to socialise with boys as children, what happens when they go out into the work place? They may have a clutch of A*s and a first class degree, but if they cannot meaningfully converse and communicate with male colleagues, they will be at a huge disadvantage.”

So says Richard Cairns, head of UK school Brighton College. I had a conversation about the topic of single-sex schools with my husband a few weeks ago – we were out for dinner and having five minutes of conversation that wasn’t (directly) about the kids or DIY we haven’t done.

We wondered why single-sex schools are still so common in Ireland, particularly at second-level, whereas in many countries around the world, they’re far less common. Presumably, it’s because so many Irish schools were founded and run by religious orders, which again is not necessarily the norm elsewhere. We agreed that it’s a slightly odd and old-fashioned notion to segregate schools based on gender, then moved on to talking about the kids and DIY we haven’t done.

So on paper, or at least in a conversation over a glass of wine, I think mixed schools make sense. But as soon as I read Richard Cairns’ remarks, I could feel my defensive hackles rise.

As someone who went to an all-girls primary school and then an all-girls secondary school, I can’t help feeling defensive at the idea that I might not be able to “meaningfully converse and communicate with male colleagues.”

My parents didn’t specifically choose to send me to an all-girls primary school – it was just the only option in the small Cork village in which I grew up. And when we moved to Dublin just before I started secondary, the vast majority of schools in our area were also single-sex (nationwide, around one-third of secondary schools are single-sex.) So there was no deliberate attempt to keep me from being distracted by boys or to keep my grades up – it’s just what was on offer.

I was shy at school. I hung back and listened and watched and took my time to get to know people and to make friends. The people I did get to know are still my best friends today – twenty-eight years since we first met in our all-girls school.

I don’t know if I would have been less or more outgoing in a mixed school – it’s hypothetical and impossible to answer, but I suspect, for the shy person that I was, the environment I was in suited me quite well.

At college, I had male and female friends, and again, we still see each other today. I didn’t feel in any way intimidated by being in a class that was about 60% male, because, of course, despite not being in school with them, I had met boys before – they weren’t an alien species.

And in the workplace? I “meaningfully conversed and communicated” with male colleagues everyday, and I can’t remember a single occasion where a conversation was difficult or awkward because it was with a man. So, no, I don’t think going to a single-sex school hindered my ability to communicate with male colleagues. 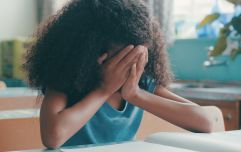 END_OF_DOCUMENT_TOKEN_TO_BE_REPLACED

Today, I see him playing mostly with the girls in his preschool class and feel a little sad that he’ll miss out on that next year, but it is what it is – we took the places we were offered.

And what about the research? It’s inconclusive. Some studies show that girls do better at single-sex schools while many others show there’s no difference. A 2014 paper published by the American Psychological Association says:

“Overall, does SS [single-sex] schooling confer the advantages claimed by its proponents? According to this meta-analysis, the answer appears to be no, or not much.”

So while my kids won’t necessarily benefit, I’m hoping they won’t miss out too much either.

However I imagine there are people who do feel they missed out by going to a single-sex school, and I’m certain there are many parents who actively seek out co-ed schools for the kids, because of course, these schools better reflect real life, which is not segregated by gender.

There’s no one-size-fits-all rule and it would be shortsighted of me to assume that just because I had one type of experience, that this is true for everyone. Just like it’s shortsighted of Richard Cairns to assume that girls who go to single-sex schools won’t be able to converse meaningfully with male colleagues. There are women in workplaces all around Ireland disproving that theory every day.

popular
The government has launched a new funding model for Irish childcare services
The release date for season 12 of Call The Midwife has been announced
Expert says Cocomelon acts "as a drug" to kids' brains
Former Grey's Anatomy writer says she has "no excuse" for lying about cancer
Elf on the Shelf is actually pretty bad for your kids, according to an expert
Study shows that having a daughter can change a man's brain in a special way
These 5 foods could increase your chances of having twins
You may also like
2 weeks ago
School called out over shocking and outdated uniform rules
3 weeks ago
A third of LGBTQ+ students have missed school because they don't feel safe
1 month ago
Major increase in school avoidance since lockdowns
1 month ago
Calls for breastfeeding lessons to be introduced in schools
2 months ago
Prince George reportedly told classmate "my father will be King so you better watch out"
2 months ago
Irish teacher slated over the "inappropriate" clothes he wore to work
Next Page