Yelling at your children can actually end up shrinking their brains, a new study has found

Anyone who has been a parent for more than a couple of years will tell you that there are times when the kids push your buttons and stretch your limits so much so that raising your voice is inevitable.

However, there is a difference between being firm and strict and flat of yelling at children. To momentarily slip up and shout once or twice is one thing, but a new study has discovered some rather disturbing finds about children who are yelled at frequently by their parents.

According to one new study published in the journal Development and Psychology, shouting at kids frequently can actually make their brain shrink during their teenage years.

Previous studies have already shown that children who have experienced severe abuse have smaller prefrontal cortexes and amygdala. These two brain structures that play a key role in emotional regulation and the emergence of both anxiety and depression.

The problem, according to the scientists, is that “harsh parenting,” which falls below the standard of more serious abuse, are common and even considered socially acceptable by many around the world.

“The implications go beyond changes in the brain,” says lead author Sabrina Suffren, a professor at the Université de Montréal in Canada, in a statement. “I think what’s important is for parents and society to understand that the frequent use of harsh parenting practices can harm a child’s development. We’re talking about their social and emotional development, as well as their brain development.”

Serious child abuse such as sexual, physical and emotional abuse, neglect and even institutionalization are linked to anxiety and depression later in life. In this latest study, researchers observed that the same brain regions were smaller in adolescents who had repeatedly been subjected to harsh parenting practises in childhood, even though the children did not experience more serious acts of abuse. 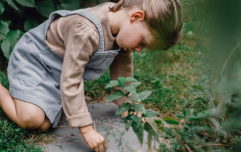 END_OF_DOCUMENT_TOKEN_TO_BE_REPLACED

“These findings are both significant and new. It’s the first time that harsh parenting practices that fall short of serious abuse have been linked to decreased brain structure size, similar to what we see in victims of serious acts of abuse,” says Suffren.

“A study published in 2019 showed that harsh parenting practices could cause changes in brain function among children, but now we know that they also affect the very structure of children's brains.

The study was conducted at Université de Montréal and the CHU Sainte Justine Research Centre in partnership with researchers from Stanford University, and one of its strengths is that it uses data from children who had been monitored since birth in the early 2000s by the school’s Research Unit on Children’s Psychosocial Maladjustment (GRIP) and the Quebec Statistical Institute. As part of this monitoring, parenting practices and child anxiety levels were evaluated annually while the children were between the ages of two and nine. This data was then used to divide the children into groups based on their exposure — whether low or high — to persistently harsh parenting practices.

Suffren worked with her colleagues to assess the children’s anxiety levels and perform anatomical MRIs on them between the ages of 12 and 16. “Keep in mind that these children were constantly subjected to harsh parenting practices between the ages of two and nine,” she explains. “This means that differences in their brains are linked to repetitive exposure to harsh parenting practices during childhood.”


popular
No, you’re crying! An Irish mother reunited with her child as she returns from Navy ship
We're told to stay inside and we'll be safe but Jennifer Poole was killed in her own home
10 rare Irish baby names not too many parents are using these days
Mother wants to exhume daughters body from her grave in Cork
Here's what bookies think Harry and Meghan will name their baby girl
Maternity hospitals can now begin to ease visitor restrictions says HSE director
Katie Holmes shares rare photo of daughter Suri to mark her 15th birthday
You may also like
1 day ago
"To all my friends with babies, I apologise."
1 day ago
As a parent I'm not sure how I feel about going back to the office once lockdown ends
2 days ago
Mum confession: My little boy would never listen to me – until I tried something new
2 days ago
Crafty mum makes 'edible' sandpit for her baby by putting Cheerios in a blender
3 days ago
Don't worry – being a 'good enough' parent is actually good enough
3 days ago
12 things all kids should be able to do by the time they are 12
Next Page