Uh, oh. A new study says there's no such thing as 'baby brain'

Did you suffer from 'baby brain' when you were pregnant? According to a new study, there's no such thing and the condition is all in the mind. Not convinced? Me neither, given that I sometimes feel like I still have it - almost 15 months after giving birth.

Neuroscientists at Brigham Young University in the US asked a group of pregnant women to take a three-hour assessment during their third trimester, and another between three and six months after giving birth.

Across every type of brain function measured – memory, thinking, organisational and spatial skills – women who were pregnant or had given birth performed just as well as a comparison group of women with no history of pregnancy. Except when it came to the grades they gave themselves. Pregnant and post-partum women consistently rated their memory and quality of life lower than the comparison participants.

"I was surprised at how strong the feeling was that they weren't performing well," said Michael Larson, lead author of the study. "This feeling of 'I really am doing badly right now' exists despite the objective evidence that they aren't."

In fact, he sees potential benefits to realising it's all in the mind. "Somebody might learn about this and say, 'I am thinking OK even though I am pregnant'. 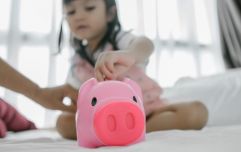 END_OF_DOCUMENT_TOKEN_TO_BE_REPLACED

I don't know about you but I'm much more inclined to believe a study published last year that supports the the ‘baby brain’ phenomenon. Researchers from Royal Holloway, University of London said that pregnant women show increased activity in the area of the brain related to emotional skills as they prepare to bond with their babies. Yes, that makes much more sense (even with baby brain).

popular
The government has launched a new funding model for Irish childcare services
The release date for season 12 of Call The Midwife has been announced
Expert says Cocomelon acts "as a drug" to kids' brains
Former Grey's Anatomy writer says she has "no excuse" for lying about cancer
Elf on the Shelf is actually pretty bad for your kids, according to an expert
Study shows that having a daughter can change a man's brain in a special way
These 5 foods could increase your chances of having twins
You may also like
2 weeks ago
The newborn baby smell does actually make you happy, science says
1 month ago
Letting teens drink alcohol at home won't stop them binge drinking
2 months ago
This simple change could be key to getting your children to go to sleep faster
3 months ago
Jaundice could be an evolutionary step in protecting your child against this disease
3 months ago
Study finds mums with five kids sleep the most and we need to know more
4 months ago
Mindfulness in schools does not improve mental health, new study finds
Next Page