No shock with the boys' names.

The Central Statistics Office has officially revealed the top Irish Baby Names for 2021, and there's a few non-movers from last year.

Like the years gone by, Jack is yet again the most popular boys' name, with it taking the number one spot every year since 2007, excluding 2016.

Fiadh has claimed the top spot with 424 babies born with this name, with Grace following in second and Emily, Sophie and Éabha coming in after.

Commenting on the trends in Irish baby names, Gerard Doolan, Statistician, said: "Looking back 50 years ago to 1971, John, Michael, Patrick, David and James were the names most favoured by parents of newborn baby boys. There were 198 male newborns named John in 2021, compared with 2,654 in 1971. 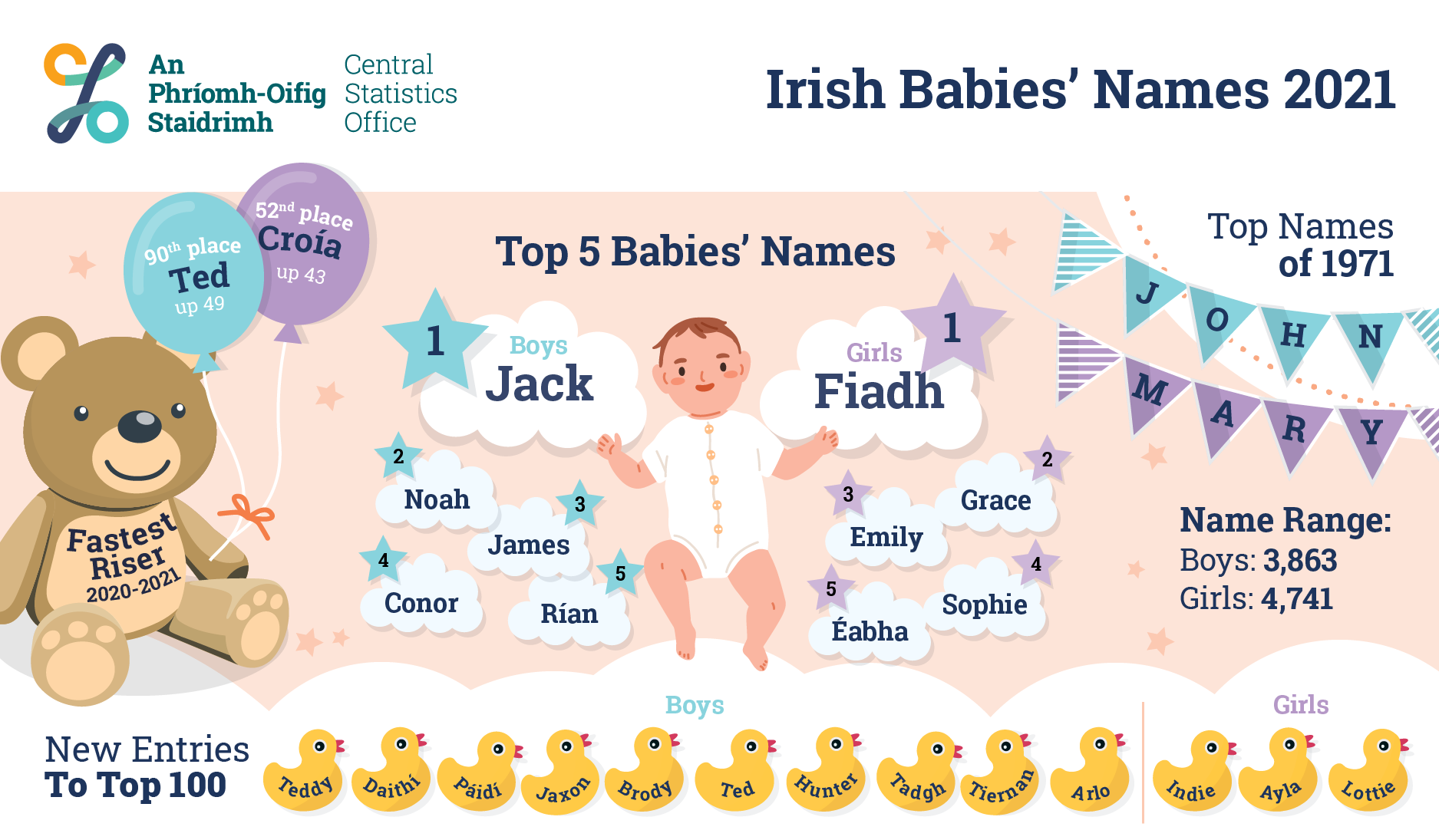 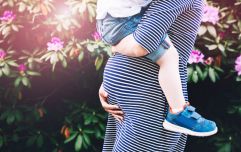 END_OF_DOCUMENT_TOKEN_TO_BE_REPLACED

The most popular surnames were: Murphy, Kelly, Ryan, Walsh and Byrne.


popular
6 fun things to do in Dublin on your next family day out
Parent's Benefit Leave extended from today - here's what you need to know
"You're disgusting": Prince William roars at photographer who was 'stalking' his family
I tried 'slow parenting' for a year and I'm never going back
Vicky Phelan shares message of support with Charlie Bird as she deals with pain
Expert says Cocomelon acts "as a drug" to kids' brains
Planning a family trip to Kerry? Discover everything Muckross House has to offer this summer
You may also like
1 month ago
Lucy Mecklenburgh and Ryan Thomas announce the arrival of baby #2
1 month ago
3 Steps to preventing heat stroke in babies and small children this summer
1 month ago
Mum won't pay to replace cousin's expensive blouse after baby vomits on it
1 month ago
Toddler drowns in swimming pool while on holidays in Spain
1 month ago
My family flipped out at me for kissing their baby on the head- was I wrong?
1 month ago
What would you do? This woman's partner doesn't want their pregnancy
Next Page