Blogger Constance Hall reveals she is pregnant with her fifth child

Popular Australian blogger and author Constance Hall, who is already a mum of four, has taken to social media to reveal that baby #5 is on its way.

Hall, who split from husband Bill, the father of her eldest four children late last year, admits she and her fiance Denim Cooke have “no idea” how a baby “slipped through” before listing contraceptive methods the couple tried.

“We tried everything, on and off bouts of the pill… withdrawal, morning after pills. We actually have no idea how this baby slipped through.” 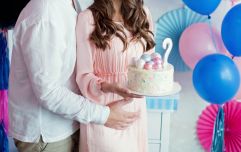 Another person has been killed in a gender reveal party explosion

END_OF_DOCUMENT_TOKEN_TO_BE_REPLACED

The 33-year-old said she estimates she is about eight weeks pregnant and is due in June, but hasn’t had this formally confirmed by a doctor yet.

As for the new addition, Hall admits is was a bit of a shock.

“We are not ready for this and I am petrified, babies terrify me. But are we happy? Pigs in s**t.”