There is a baby boom happening in The Hills.

Lauren Conrad is doing it. So is Whitney Port. And Audrina has already beat the two of them to it – motherhood, that is.

And now it is Heidi Montag's turn, who, in an exclusive interview in the newest edition of US Weekly, can excitedly reveal that she is expecting her first baby with husband Spencer Pratt. 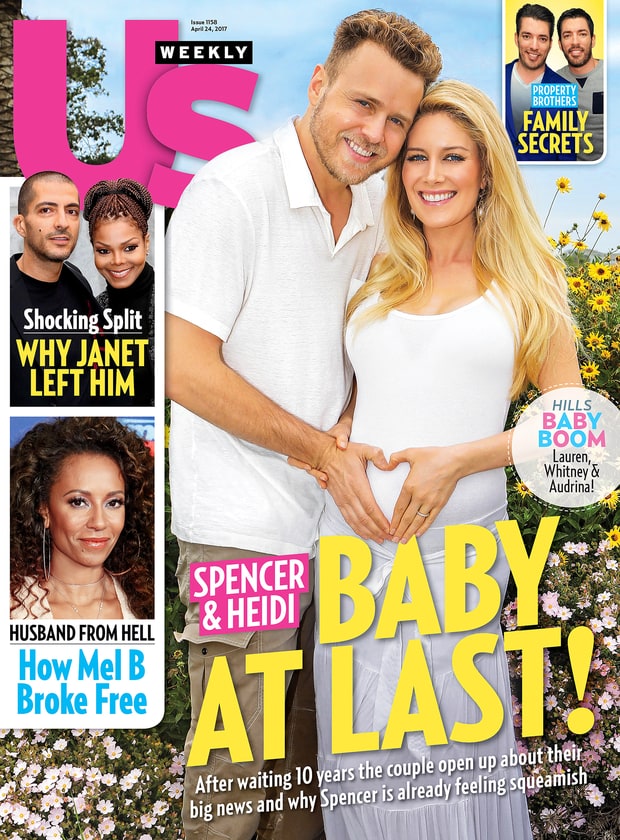 Inside the magazine, the pair, who have been married since 2009, share the moment they found out.

It was an early morning, apparently, and Spencer, 33, admits he was still half asleep when we woke to find Montag, 30, "just standing there."

"The look on her face, I can’t even describe it," Pratt explains. "She was literally glowing. I thought she was about to say she made muffins or banana bread.”

And while no banana bread happening, there was definitively a bun in the over. 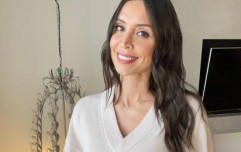 END_OF_DOCUMENT_TOKEN_TO_BE_REPLACED

As for the mama-to-be, Montag, who is 12 weeks along and due October 19, tells Us she felt “overwhelmed” in the moment: “I started crying, and he embraced me.”

The couple also goes on to reveal they got pregnant on their first attempt at making a baby – and that this marks an exciting new chapter in their lives.

"I wanted a baby three years ago," Heidi explains. "But Spencer was a little hesitant. Then one thing after another came up. And now I'm actually thankful we waited."

"Agreed. I think I’m ready. I know Heidi is ready!"


popular
Six stillbirths linked to Covid-19 in Irish hospitals
Lidl's hanging egg chair is coming back to stores this month
These 5 Foods Could Increase Your Chances of Having Twins
Looking for pain relief for you and your children? We've got just the answer
20 Unisex Irish Baby Names That Are Absolutely Magical
Princess Charlotte doesn't have to bow to the Queen but Prince George does - here's why
Ten truly zen baby names inspired by yoga
You may also like
2 weeks ago
Hilary Duff reveals she has given birth to baby #3 with the sweetest Instagram snap
3 weeks ago
Christine Lampard, 42, has given birth to her second child – a boy – with husband, Frank
6 months ago
It's a boy! Mindy Kaling reveals she is a mum-of-two after 'secret' pregnancy
6 months ago
Congratulations! Leighton Meester and Adam Brody have welcomed their second baby
7 months ago
Rory McIlroy and his wife Erica Stoll are expecting their first baby "any day now"
8 months ago
Cameron Diaz opens up about life with baby Raddix – and says motherhood changed her life
Next Page