Pre-eclampsia affects up to five percent of pregnancies and can cause serious complications for both mum and baby. 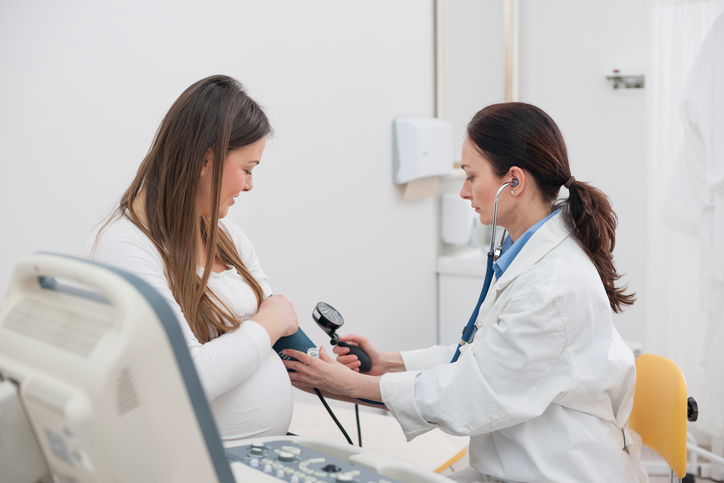 A major new international study, funded by a six million euro grant from the European Commission, has revealed for the first time that some features in a baby's DNA can increase the risk of their mum developing pre-eclampsia.

Genetics experts from the UK, Nordic countries and Central Asia published the results from the InterPregGen study in Nature Genetics. The groundbreaking research is the first to show an effect of DNA from the fetus on the health of its mother.

Pre-eclampsia affects up to five percent of pregnancies and is first suspected when a woman is found to have high blood pressure, usually in the second half of pregnancy. The condition can cause serious complications including fits, stroke, liver and blood problems and, in some cases, the death of mother and baby.

The five-year study involved teams from the UK, Iceland, Finland, Norway, Kazakhstan and Uzbekistan. Researchers studied the genetic make-up of 4,380 babies born from pre-eclamptic pregnancies and compared their DNA with over 300,000 healthy individuals.

Dr Linda Morgan, from the University of Nottingham's School of Life Sciences, coordinated the lengthy study, which included DNA samples contributed from Iceland, Norway and Finland as well as from over 20 universities and maternity units in the UK:

"For many years midwives and obstetricians have known that a woman is more likely to develop pre-eclampsia if her mother or sister had the disorder. More recently research has shown that the condition also runs in the families of men who father pre-eclamptic pregnancies.

Laboratory and statistical analysis performed at the Wellcome Trust Sanger Institute (UK) and deCODE Genetics (Iceland) pinpointed the location in the baby's DNA that increases risk of pre-eclampsia. This location was confirmed by other InterPregGen members to fit hand-in-glove with other medical information about pre-eclampsia. 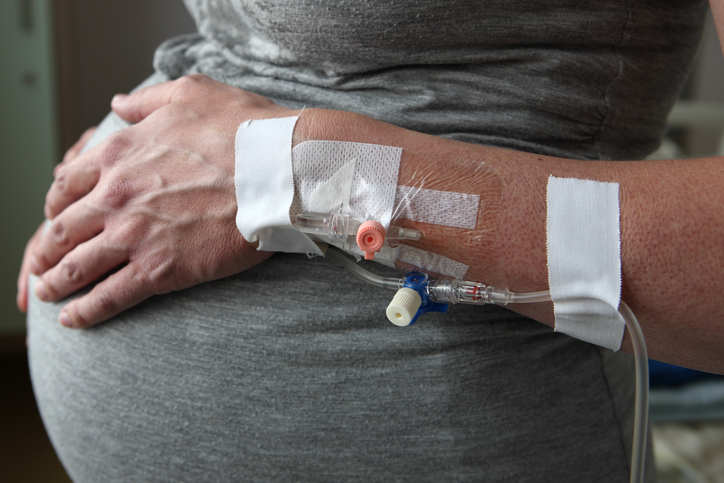 Dr Ralph McGinnis, who led the analysis at the Sanger Institute, says the findings help to unlock some of the mystery surrounding the condition:

"Pre-eclampsia has been recognised since ancient Egypt and Greece as being a danger to the lives of mothers and babies. This first piece of the genetic jigsaw holds substantial promise for unlocking some of the mystery of how pre-eclampsia is caused.

Our finding may also enable better prediction of mothers who will become pre-eclamptic when combined with clinical information and with other pieces of the genetic jigsaw that will also surely be discovered in the next few years."

END_OF_DOCUMENT_TOKEN_TO_BE_REPLACED

The research found DNA variations close to the gene that makes a protein called sFlt-1 with significant differences between the babies born from pre-eclamptic pregnancies and the control group. At high levels sFlt-1 released from the placenta into the mother's bloodstream can cause damage to her blood vessels, leading to high blood pressure and damage to her kidneys, liver and brain - all features of pre-eclampsia. If a baby carried these genetic variants it increased the risk of that pregnancy being pre-eclamptic.

"Because pre-eclampsia has its origins in the very early stages of pregnancy, during the formation of the placenta, research into the causes and processes of the disease has always been challenging. Now modern genome wide screening and its data analysis allows us to look for clues in the mother's, father's and their baby's DNA.

We believe the new insights from this study could form the basis for more effective prevention and treatment of pre-eclampsia in the future, and improve the outcome of pregnancy for mother and child."

DNA from a further 4,220 babies from pre-eclamptic pregnancies in Kazakhstan and Uzbekistan is currently being analysed in an extended study to see if the same variations occur near the sFlt-1 protein.

popular
Breaking is the haunting novel parents need to read this October
Coco Austin comes under fire for bathing daughter (6) in sink
Here's everything coming to Netflix this October
80% of Irish kids aged 13-17 have experienced sexual harassment
Lynn Egar will appear in court next week after being charged with murder of children
Mum fined for taking her daughter out of school to go on holiday
Riverdale actor Ryan Grantham charged with murder of his mother
You may also like
9 months ago
Babies born in December have some very unique traits – and you'll see why
10 months ago
November-born babies are extra-special – here's why
1 year ago
Worth the wait: 9 reasons NOT finding out the sex of my baby was the best thing ever
1 year ago
10 things to add to your hospital bag (that you probably hadn't thought to pack)
1 year ago
Prepping for a new arrival? Here are all the things you'll need for a newborn baby kit
1 year ago
Fact check: 7 common pregnancy myths you can stop believing now
Next Page