"I was frustrated, I was sad:" Joanna Donnelly on the pain of seven miscarriages

"I was absolutely furious all the time..."

Joanna Donnelly has discussed the pain of experiencing seven miscarriages, adding her voice to the countless other women who have struggled with fertility.

The meteorologist and RTÉ weather presenter said that having multiple miscarriages in a short space of time made her feel "furious."

"I was angry, I was frustrated, I was sad – all the time," she told The Irish Times.

“I had my daughter so everybody tells you, ‘you have to be happy, because you have your daughter’, but as anybody that’s been through it will tell you, that’s not how it works.

Joanna said that each time she became pregnant, she hoped that this time would be different. 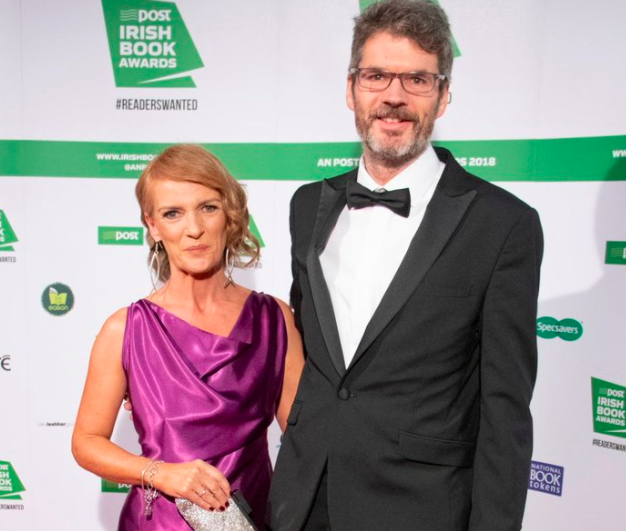 "You have the name and the date you think they’re going to be due and whether you’re going to be pregnant in the summer or the winter, how old you’ll be when that baby is born," she said.

"There’s certainly hope, you think that this is the one."

END_OF_DOCUMENT_TOKEN_TO_BE_REPLACED

After seeking medical advice, Joanna tried a number of treatments to aid her fertility. She was put on fertility medication Clomid and underwent intrauterine insemination (IUI), only to find that her miscarriages continued.

She and husband Harm then decided to try IVF. Joanna got pregnant straight away, unfortunately miscarrying one of her twins at eight weeks and carrying the other to full term.

"I nearly lost my mind," she said. "I lost Tobias' little twin at that stage."

Despite making plans to undertake more IVF treatment for a third child, Joanna later found that she and Harm had conceived naturally. They welcomed their third child, a boy, two years after the birth of their second.

Joanna's experience later encouraged her and friend Fiona McPhillips to set up Pomegranate, a charity that helps families in Ireland pay for fertility treatment.

"There’s nothing to hide about IVF," she said. "It’s a medical treatment for a medical problem. There’s no reason in the world not to have that open conversation.”

If you have been affected by any of the issues in this article you can contact the Miscarriage Association of Ireland on 01 873 5702.

popular
Lauren Graham shares who she thinks Rory's baby daddy is
Brian Dowling: "Aoife never thought the baby was hers"
7 Christmas markets and Santa experiences to visit with kids this winter
Warning issued to Irish parents after increase in RSV cases
He's back! 10 easy peasy Elf return ideas to kick off December with
Stuck For a Baby Name? Let These Online Generators Do The Work For You!
The ultimate list of Santa Experiences to get booking now
You may also like
4 days ago
Watching Christmas movies is good for your health- here's how
5 days ago
83% of women call for time-off policies for severe period symptoms
3 weeks ago
Should you give your child a soother? Here's exactly what you need to know
1 month ago
Daytime naps should stop when child turns two, science claims
1 month ago
Expert reveals how often you should clean your child's bath toys
1 month ago
Parents beware: false widow spiders like hiding in socks and slippers left on the floor overnight
Next Page