This will seriously brighten up your day.

Last night I was scrolling through my Instagram feed when this video from comedienne Jen Hatton popped up and I could not stop laughing.

Three months ago Jen announced that she is expecting her first child in November but of course she wasn't waiting till then to involve baby-to-be in her comedy videos.

The whole pregnant dancing videos have become a bit of a viral trend but I think Jen just does it that little bit better.

I don't know how many times I watched this. Her little leg lifts had me in stitches.

Jen uploaded the video last night along with the caption 'I’m too sexy for these compression stockings let’s be real'.

She also wrote in the comments;

"The rents are out having dinner. This is my version of a gaffer." 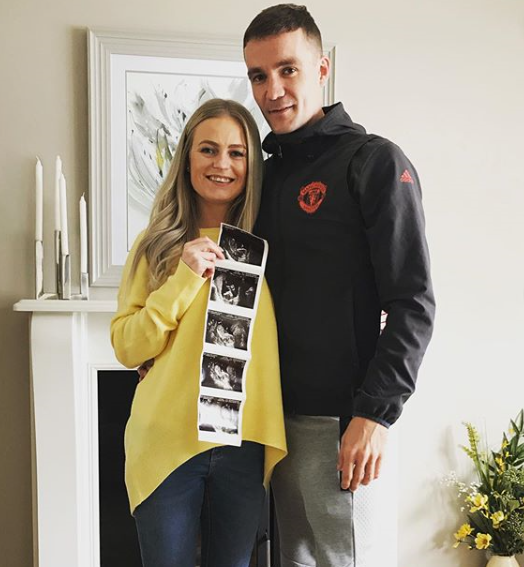 I wasn't the only one who couldn't get enough of Jen's dance routine as her fans were quick to leave comments;

"Never laughed so much. Even funnier when you struggle to get up."

Jen and her partner are due their baby in early November so who knows there might be a few more dance routines before then.


popular
Viewers raise over €290,000 after Munster's Billy Holland and wife Lanlih's emotional Late Late Show appearance
Expecting a baby boy? 10 short and sweet names that are actually really cool
The ironing hack that's about to make your everyday life so much easier
Brad Pitt's response to the drama over his reunion with Jennifer Aniston is interesting, to say the least
Mother says she used tech gadget Alexa to potty train her son and it worked wonders
Royal insider responds to reports Meghan Markle is set for a tell-all interview with Ellen DeGeneres
The most popular baby names in the world have been revealed
You may also like
2 weeks ago
Pregnant this spring? 10 fab – and affordable buys for your maternity wardrobe to pick up now
2 weeks ago
Introducing: the safest way to wear a seatbelt correctly when you are pregnant
4 weeks ago
There is something really special about babies born in January, and you'll see why
4 weeks ago
Mocktails: 3 super-tasty non-alcoholic drinks to serve your pregnant pals at Christmas
1 month ago
Babies born in December are pretty unique and special – and here is why
2 months ago
Woman and her mother-in-law are pregnant at the same time, things are getting complicated
Next Page