Finding out the gender of an unborn baby is a suspenseful wait for some, while it's not a big deal at all for others.

Still, even for those who have one particular gender they'd like to raise, the baby's sex ultimately doesn't matter as long as they're healthy.

One first-time mum-to-be has revealed her husband and his family don't share her indifference towards her future child's gender – and that their attitude is effectively ruining what's supposed to be the happiest time of her life.

The 27-year-old woman took to Reddit to vent her frustrations, explaining that this will be the first grandchild on her husband's side.

As the family are still grieving her husband's father, who died of cancer, she had "no problem" with naming the baby after him if it turned out she's expecting a boy.

"This happened before we found out the gender of the baby – my husband and his family had me 'do things' like attend prayers and do other rituals before the reveal at the drs (doctor's)," the woman said. "I didn't like that but went with it to keep the peace."

She and her husband went on to discover that they were having a baby girl during her next doctor's appointment.

"My husband cried in the car then turned his phone off to hide from his family, then finally told them," she continued. "His mom and the others made their frustration and disappointment clear which bothered me 'cause my daughter deserves to be celebrated." 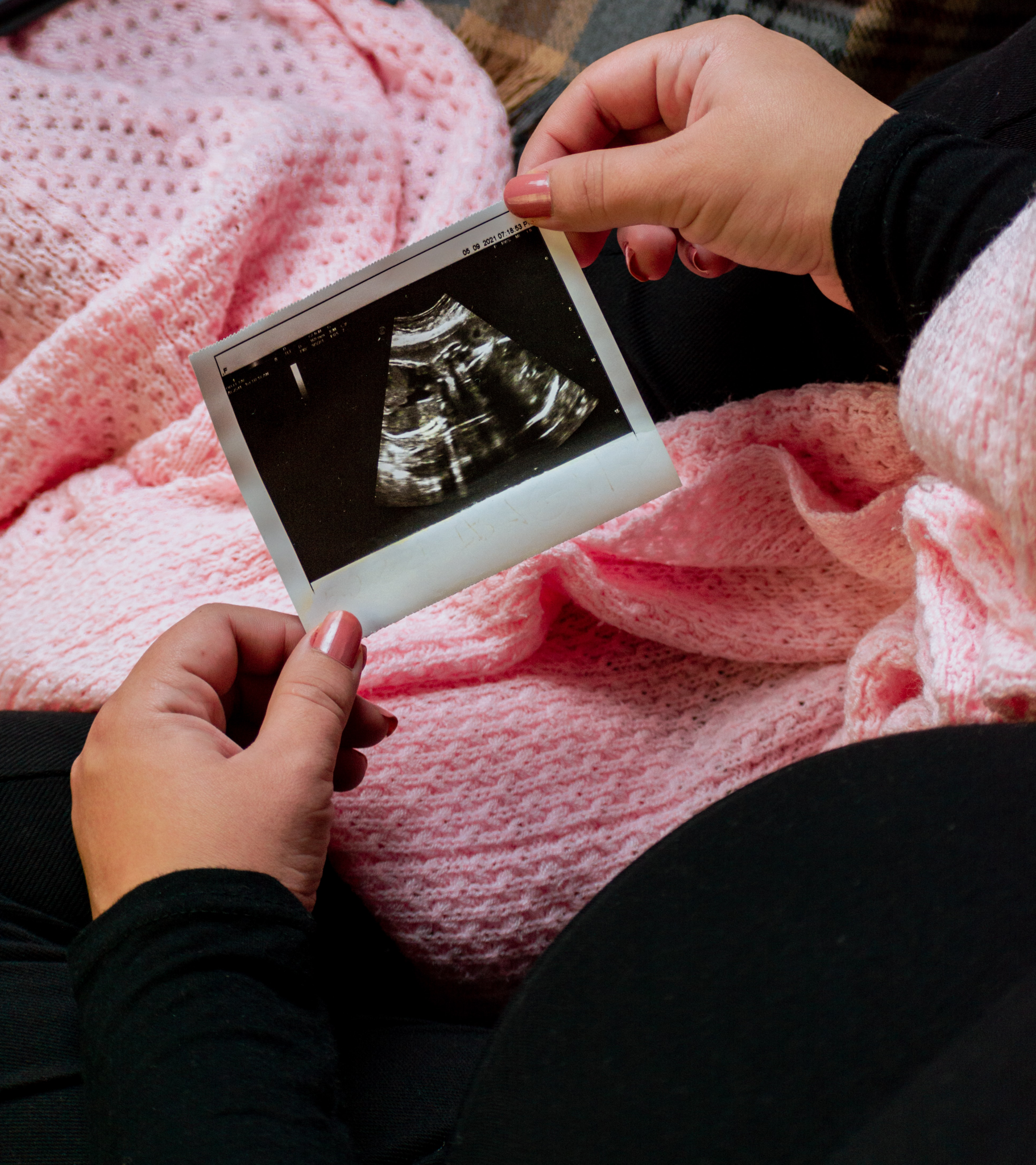 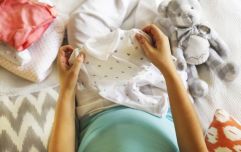 END_OF_DOCUMENT_TOKEN_TO_BE_REPLACED

Already upset by their reaction to the news, the mum said she was further hurt by her in-laws "ghosting" her (going no-contact) for days. When they next came over, they referred to her baby as a boy and claimed the doctor may have gotten it wrong.

The visits became frequent but her in-laws refused to accept the doctor's word and were "basically pretending it's a boy".

"I had several fights with them after they refused to stop it, and my husband sided with them despite seeing how wrong and unreasonable what they were doing was," she continued, adding that the family again stopped speaking for a while.

The mum-to-be was therefore delighted to later receive a call from her sister-in-law apologising and offering to throw a baby shower.

"I was so excited and happy. But when I arrived I saw blue balloons, blue cake with Father-in-Law's name/decorations around," she shared.

"Sister-in-Law explained they were 'still' hoping the gender results are false and it's a boy. I looked at my husband and he agreed with her."

At that point, the mum lost her temper and called them all "delusional". She told them to stop treating her unborn daughter "like she's unwanted" and acting "like she doesn't exist by throwing a party for their 'imaginary grandson'".

Her mother-in-law broke down in tears and other family members began shouting at her as she took her leave.

She was followed out by her husband, who instead of supporting his pregnant wife, accused her of insulting his family and his father's memory. 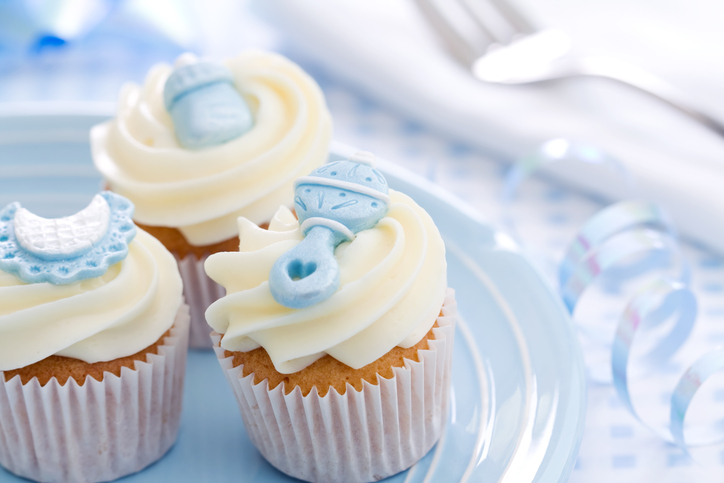 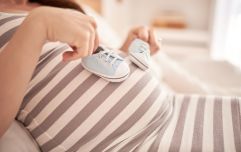 Question: How do you move on from gender disappointment?

END_OF_DOCUMENT_TOKEN_TO_BE_REPLACED

"I told him to wake up and see the insanity in his family's behavior. He said they needed time to process the fact that it's a girl not a boy as they expected and insisted I play along and 'they'll soon get over it,'" the 27-year-old continued.

"I said absolutely not and demanded he take me home, he said no, so I called an Uber and left. He was fuming; he called 15 times, then texted that he won't be coming home 'til I 'get my ass' over and apologise for ruining everything THEY'VE DONE FOR ME and accusing them of being mentally unstable.

"I haven't responded yet he's constantly pressuring me to get right with his family before we even talk about anything else."

Reddit users were shocked, with some claiming it sounded like the family were "obsessed with making this baby girl her FIL (father-in-law) reincarnate".

"We see so many of these posts in here, where the family wants a new baby to be the reincarnation of some dead family member, and it literally never has any good consequences," one commenter wrote. "Just f**ks up the kid who can't have their own identity, hurts the siblings/cousins who aren't the favourites, and prolongs the grief of the crazy people."

"The way your husband is feeding into this madness raises all sorts of red flags in me. I can see this family ignoring your daughter when she gets here and making her feel like she’s not enough because she isn't a boy. I have seen that happen and it’s sick," another added.

"Definitely, my parents wanted a boy, I never stopped hearing about it. And were disappointed that I wasn't even a pretty girl. It's hard to live under that constant disappointment of being born wrong to a whole family," someone else responded, adding the mum-to-be should give her husband an ultimatum between therapy and divorce.

Other respondents said the whole situation sounded like something from a terrifying movie.

"They sound scary. The baby shower sounds like a scene from a horror film," one user wrote, while another added "Strong Rosemary’s Baby vibes".

We'd be inclined to agree...


popular
"You're disgusting": Prince William roars at photographer who was 'stalking' his family
Expert says Cocomelon acts "as a drug" to kids' brains
This is what new parents in Ireland think is the hardest part
6 fun things to do in Dublin on your next family day out
"It's a competition" – one mum rants about teachers' presents and I agree
Mum who helped deliver best friend's baby finds out her husband is the dad
The 'Ice Cream' is being called a 'must-try' sex position - but there's one flaw
You may also like
1 week ago
"Over the moon": Mollie King announces pregnancy
1 week ago
Alexandra Burke reveals plans to return to work 10 weeks after birth
1 week ago
"I don't care": Mum-to-be responds to vaping backlash
2 weeks ago
Due in July? Science says babies born this month have three amazing advantages
2 weeks ago
Mums claim these are the 10 worst baby names of all time
4 weeks ago
Woah! Could this ancient chart really predict the gender of your baby?
Next Page