What it's like going for IVF treatment the second time around

I used to assume that once I had Rian, any future fertility treatment we’d need to do would be that bit easier to deal with.

I suppose it is in one way. The original ache isn't as strong; we know how lucky we are to have him. And so I thought if it ever came to trying it all again for baby number two, that it wouldn't involve the same levels of stress.

One downside about being so open about the fact you are undergoing fertility treatment is that as a default, you are dealing with other people’s emotions on top of your own. When we started our first cycle of IVF, we had our setbacks (one cycle was cancelled halfway through, the next one had to have the embryo transfer postponed) and that’s when I got my first taste of it. People automatically move to comfort you, which I was always thankful for of course, but you reply with "Thanks… it’s okay … yes I know it’s bad… it’ll be fine, I’ll be okay" - you end up dual comforting each other.

I’m not saying I’d prefer if people kept their distance, I just mean it’s that extra layer of something to deal with.

When we decided to start treatment again in August last year, I was much more confident about the process. I knew what would be involved – physically and mentally. In fact, I think I got a bit arrogant about it. Deep down, I was already thinking about baby names and logistical things like where we would put another cot. How great it would be to see Rian as a big brother and how blessed we would be to have the chance to do it all again.

We went and did the transfer and everything went as planned. Well, except for the crucial bit at the end of the two week wait… a negative test result. Doing the test was just as nerve wracking as the first test I did after our first transfer. I saw the strip turning pink and I sat and waited for two lines to show up. And waited... and waited. I knew. Still though, my brain did its usual routine. Maybe it’s a dud test. Maybe I just need a few more days. Wait, is that a really feint line I see there, or is it just my imagination? Another test later, with same result, I admitted defeat.

How did I feel?

Deflated, defeated… sad. Like I had been robbed of something, like I had failed at something big. A helpless failure.

After our IVF treatment, we had seven embryos frozen. This was a fantastic result. At the time, we had to freeze all seven and postpone any transfers for a while. Our first transfer resulted in Rian. In the back of my mind, the other six embryos were like our safety net, our backups before we’d have to start the whole IVF procedure all over again from the start.

Every so often I feel a jolt of how unfair it is and I feel jealous of people who can decide to have a baby and then simply have one. They don’t have to stump up the guts of €2,000 for each transfer, with no guarantees that it will even work. This is what we must go through again and again every time we want to have a baby. And we’re the lucky ones because we have those embryos – imagine having to do the whole IVF procedure each time from scratch at a cost of about €5,000? The mental challenge and stress this brings each time is huge. It hangs over you and sits on your shoulder as you’re doing each scan… please be good news… when you feel every twinge and when you do that final test. 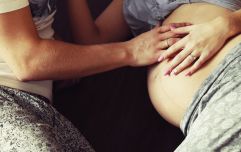 END_OF_DOCUMENT_TOKEN_TO_BE_REPLACED

Whenever we have had a setback or a failed cycle, after the initial sadness and disappointment, the next thing I feel a strong sense of is impatience. I just want to get on with it and try again straight away. But you have to wait at least one month between treatments to give your body a break. At first I hate that this is the case, but then always I find that I’m glad of the break. IVF and fertility treatments just take over everything. Your life gets put on hold, you can’t make plans ‘in case’.

After our failed attempt in August last year, I was going to try again in October. Then November… then I thought I’d wait until after Christmas… and finally this month we’ve decided we’re ready to give it another shot.

This is something else I resent about our situation. In a way it sort of traps you. For example, I’m reluctant to plan holidays, reluctant to make any sort of commitment to things in the near-ish future just in case. What if I’m heavily pregnant by then? But what if I’m not and I miss out? In the grand scheme of things it’s not the end of the world, but just another example of how it takes over everything.

Now that we’ve decided to try again, this time it’s not as daunting; I know what’s involved, I have a good idea of how I’ll feel on the medication, I can take a good guess of what days I’ll need to take off work. But although that does make it a bit easier, the same old lingering fear is there. I’ve discovered that since having the baby, I view my whole life differently. Before, we wanted it for us. Now, we still want it for us, but so much for him too.

Let the crossing of fingers commence.

Catch up with Jen Ryan (a 30-something, married mam) on her hilarious blog, thescenicroutebyjen.com.


popular
State fails in appeal to jail man for assaulting his four-month-old daughter
Parents of UK teen kidnapped & left paralysed by boyfriend furious at "lenient" sentence
Expert says Cocomelon acts "as a drug" to kids' brains
Jason Momoa says he's "so proud" of stepdaughter Zoë Kravitz after Lisa Bonet split
No definitive plans to lift remaining maternity restrictions in Irish hospitals
Crystal Swing's Dervla calls for more supports for children with autism
Teenage pregnancies almost don't happen in Ireland anymore – and here is why
You may also like
3 years ago
15 things that will happen when food shopping with the kids
3 years ago
Parenting battles: How to handle conflict in front of children
3 years ago
How to meal prep like a total boss, starting NOW
4 years ago
Sugar-free Christmas breakfast (or anytime) muffins
4 years ago
Ex-pat parenting: One mum on 7 BIG differences
4 years ago
How To Control Emotional Eating: 10 Steps to Freedom
Next Page