Not a sour worm or ice cream in sight.

I don't know about you, but when I was pregnant, I had some fairly standard pregnancy cravings – and one slightly odd one.

For instance, I loved anything sour – from sour sweets to actually eating lemons just you like you'd eat any other fruit, I had to have sour things all day, every day. Which, I have actually heard, is rather common, as sour often helps if you are feeling a little nauseous or sick, which many are, especially during those first few weeks.

I also had a thing about Caesar salads – in particular the dressing. So I would eat lettuce and shavings of parmesan and croutons drenched in Caesar dressing (as I am vegetarian, I skipped on the bacon and chicken, which you'd often find in Caesar salads). Weird – I know.

However, according to the new book Finding Freedom, about Harry and Meghan (that they are said to have co-written or at least contributed to), some light has been shed on how the Duchess of Sussex spent her final weeks of pregnancy – and, indeed, what she was eating at the time. 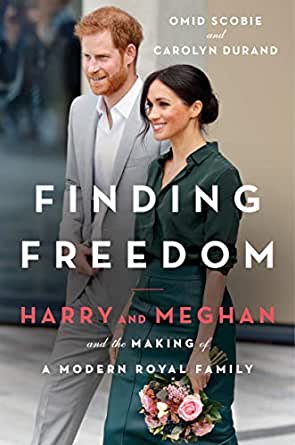 The authors, Omid Scobie and Carolyn Durand, can reveal that like most mums, Meghan had some very specific cravings when she was expecting little Archie.

According to the book, a very pregnant Meghan didn't crave junk food but instead enjoyed healthy snacks.

"Harry was constantly looking after his wife as, making sure she was physically comfortable and getting her snacks," the authors can reveal.

"Guacamole and crudités were as close as she got to junk food."

Crudités, of course, are raw vegetables such as carrots, celery, cucumber and peppers, that you can dip into sauces or condiments, such as hummus, or, indeed, guacamole.


popular
New dad called 'demanding' over list of guidelines to visit newborn son
6 fun things to do in Dublin on your next family day out
5 touching alternatives if you're not too keen on christening your baby
Frankie Essex reveals the names of her twin babies
Shows like Bluey and Peppa Pig are actually bad for kids, expert warns
Mum who helped deliver best friend's baby finds out her husband is the dad
DIY: How to transform your old trampoline into a super-cosy 'summer hideout'
You may also like
4 days ago
"Over the moon": Mollie King announces pregnancy
5 days ago
Question: How do you move on from gender disappointment?
5 days ago
Alexandra Burke reveals plans to return to work 10 weeks after birth
1 week ago
"I don't care": Mum-to-be responds to vaping backlash
1 week ago
Due in July? Science says babies born this month have three amazing advantages
1 week ago
Mums claim these are the 10 worst baby names of all time
Next Page