Miscarriage: The Aftermath, The Taboo, The Emotions...

I haven’t written about miscarriage before, and I’m not sure it’s something I’m brave enough to write about in any great detail, other than to say, despite the passage of some years now, I’ll never forgive the doctor who shouted at me for being upset and indecisive, and I’ll never forget the empty cot left in the hospital theatre by someone who assumed I was there for a very different procedure.

Somebody far braver than me is Helen Plass, who has written about her two miscarriages on her website NurtureMamas.com. I asked her what prompted her to write about them. “Since I experienced my first miscarriage pretty much eight years ago to this day, I felt I never dealt with it. It hit me like a bullet and totally knocked me out. In those first few weeks and months, I felt so alone and so isolated. At the time, I couldn't talk about it and every time I saw a pregnant lady, my heart ripped in two. It took me a long, long time to get back up. In fact, until the time we conceived again, I never really got over it.”

Sadly for Helen, she recently experienced a second miscarriage. “I felt compelled to write about it to share my story in the hope of helping other women who were going through the same emotions that I had previously gone through. There isn't enough commentary out there. I think sharing my experience will make women feel less isolated and give them some form of validation that they are entitled to feel grief. When I felt brave enough to share the fact that I had had a miscarriage, I couldn't believe just how many other women came forward to say they had also suffered one or many.”

And it’s something that perhaps is only fully understood by people who have been through it. Everybody knows it’s sad, but until you’ve cried in your car in your office car park; raging at the utter futility of it all, raging at your body for letting you down, it’s difficult to define exactly why it’s so tough.

Helen articulates it well. “It's incredibly hard when you suffer a miscarriage – it's the hopes and dreams that end so abruptly, and in a way, you are left with nothing to show for it.”

Psychotherapist and Counsellor Margaret Dunne says it’s very important to seek emotional support from the people around you. “Your life has been changed by the whole experience. The initial shock is huge because most of us don’t expect it to happen. And dealing with it is very typical of the grieving process – all the stages you go through. So it’s good to seek support from an organisation like the Miscarriage Association of Ireland, and also talk to friends.”

But it’s not a topic everyone is comfortable talking about – often it’s too sad for those affected, and friends don’t always know what to say. We can feel as though we’re not entitled to grieve – we give ourselves all sorts of reasons why we’re supposed to be able to handle this better than we do. And mostly, we clam up and, to the outside world at least, we move on.

“Yes, unfortunately in Ireland years ago we just didn’t talk about miscarriage, and there was very much an attitude of, ‘Oh sure you’ll get pregnant again’ – and people just had to get on with it,” says Dunne. “But if you’re experiencing these emotions, they’re very valid. It doesn’t matter how early it was when it happened, or whether you realised you were pregnant or not, it’s very tough emotionally.”

And there are other reasons for not talking about it too. “The most obvious reason is that we didn't tell people we were pregnant in the first place,” says Helen. “In Ireland, we only tend to share the good news when we are about 12 or 13 weeks pregnant. And as most miscarriages happen within that period, it's like it was some form of secret that went horribly wrong. I believe that women feel a lot of guilt too, so there can be emotions like, ‘Did I do something that caused the miscarriage?’ With those feelings inside you, it's very hard to talk about it.”

So are there other things you can do that will help with the recovery? 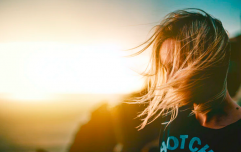 END_OF_DOCUMENT_TOKEN_TO_BE_REPLACED

“I recently sat down with Psychologist Allison Keating, and she spoke about writing out your story, just for yourself,” says Helen. “Get all the feelings down on a page. You don't have to do anything with it, but it can be quite a cathartic exercise to undertake. Sometimes women create some form of a memory for the baby that you lost, which is a lovely idea. It could be a living memory like planting a tree, or buying a piece of jewellery, releasing a balloon, or getting a tattoo. Whatever it is, it's important that you do what you feel is appropriate for you. If your grief hasn't improved at all after several weeks, then I would recommend getting some help from phoning Nurture charity or the Miscarriage Association of Ireland.”

Margaret Dunne says it’s also important to look after yourself physically. “Try to mind yourself as best they can nutrition-wise, and by trying to get sleep, getting exercise, but also resting. Very often people will recover physically quite quickly, and if they’re getting better physically, it helps to cope emotionally.”

And how do you know if you might need professional support with the emotional recovery? “When it’s going on a while,” says Dunne. “For some people, their natural reaction is to talk to people. That’s absolutely great because they get a certain amount of support. And if someone is not inclined to talk – if they’re bottling it up – that’s fine for a while. But if it’s going on for a long time, you’d start to worry. There’s huge isolation around miscarriage. And you don’t expect people to bounce back. But where I find it most worrying is when people completely cut themselves off – if they don’t want to meet people or talk. It’s self-protection but doesn’t always serve them well. And especially if a woman is on her own, it’s very important that friends and family keep an eye out to make sure she doesn’t go into that very dark place.”

It can indeed be a dark place, and not everyone is good at seeking support, but even just knowing it’s out there if needed can be a big help.

If you need support beyond what your partner or friends can offer, contact The Miscarriage Association of Ireland, Nurture, or look for a Psychotherapist on the IACP or APCP websites – you can search by region. Some health insurers (GloHealth) offer cover for miscarriage counselling.


popular
Six stillbirths linked to Covid-19 in Irish hospitals
Lidl's hanging egg chair is coming back to stores this month
Princess Charlotte doesn't have to bow to the Queen but Prince George does - here's why
Looking for pain relief for you and your children? We've got just the answer
A regal twist: 12 adorable baby names with a royal stamp of approval
Sexy-time: 7 recipes to spice things up in the bedroom (Doctor's orders)
Waking up tired? The 5 houseplants that can help you get a better night's sleep
You may also like
5 months ago
Undergoing fertility treatment is stressful – here are 6 ways to look after your mental health
5 months ago
Chrissy Teigen reveals she got a tattoo in honour of the son she lost
6 months ago
"Every loss is personal" – what someone who has experienced pregnancy or infant loss wants you to know
8 months ago
Jools Oliver reveals she suffered a miscarriage during lockdown
1 year ago
New research suggests risk of miscarriage increases when pregnant women work night shifts
1 year ago
Repeated miscarriages: This hormone could improve chances of healthy pregnancy
Next Page