While Rochelle Humes may be best known for being a popstar, her latest documentary has become one of the most talked about of the year.

The 32-year-old mother of three recently made a documentary revealing the statistics regarding black women dying in childbirth in the UK versus women of other ethnicities and viewers were shocked. 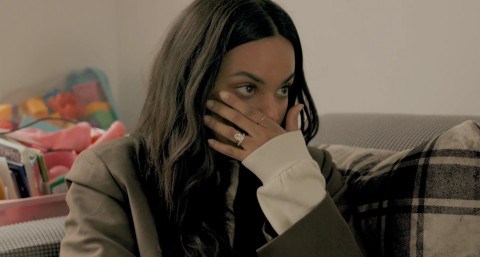 Black Maternity aired on Monday and I think it's fair to say that everyone who tuned in was appalled at the revelations within the documentary.

The Channel 4 show found that in the UK if you are a Black woman you are five times more likely than white women to die during pregnancy, childbirth and up to six weeks post-partum.

It also found that being mixed race means being three times more likely to die during pregnancy and up to six weeks after birth.

I hope you'll all be tuning in to see The Black Maternity Scandal. With Black women currently 4.35 X more likely to die than white women it's time to take action. Please note:MATERNAL DEATH RATES ARE LOW but Black women are at disproportionate risk within them #BlackBirthsMatter https://t.co/W3CoL8oAFJ

According to Glamour, the statistics found in Black Maternity have been known for years but the problem has been swept under the rug. 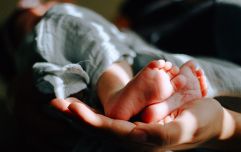 END_OF_DOCUMENT_TOKEN_TO_BE_REPLACED

Speaking on the matter Professor Marion Knight from Oxford University said "We’ve been counting these numbers for years but nobody was doing anything about it".

It has only been in the last year, mostly due to the Black Lives Matter movement that there has been any discussion at all regarding the amount of black women dying while receiving maternity treatment every year.

Black mothers in the U.S. are four times as likely to die from maternity-related complications as white women. A growing awareness of this disparity, alongside the fear of hospital births during a pandemic, is leading some Black women to seek alternatives. https://t.co/wCgEhdb1dq

Unfortunately the UK is far from the only country with these kinds of statistics as black women are four times more likely to die during childbirth in the US.

Because of this many black women are now turning to home births rather than hospital births.

Now that this information is out we have to wonder if it will finally be addressed and if these statistics will change in the coming year?

If you missed Black Maternity on Monday you can watch it on the Channel 4 website.


popular
Maternity hospitals can now begin to ease visitor restrictions says HSE director
10 rare Irish baby names not too many parents are using these days
Here's what bookies think Harry and Meghan will name their baby girl
Mother wants to exhume daughters body from her grave in Cork
This bath bomb is especially for parents and it really truly speaks to me
"To all my friends with babies, I apologise."
Dad invented a simple app that will help save babies' lives during summer
You may also like
14 hours ago
Maternity hospitals can now begin to ease visitor restrictions says HSE director
1 week ago
Have we been doing it wrong? The safest way to wear a seatbelt correctly when you are pregnant
1 week ago
Six stillbirths linked to Covid-19 in Irish hospitals
1 week ago
Laura Whitmore urges fans to "stop comparing bodies" of new mums
1 week ago
Pregnant woman says her friend is annoyed at her for 'stealing' her daughter's name
1 week ago
Covid vaccine during pregnancy may protect your baby too
Next Page