An interesting study has revealed the average amount of hours a pregnant mother gets per night.

According to the study, conducted by Happy Beds, women who are pregnant are noted to have up to three hours less sleep than women who aren't.

The study revealed that 91 percent of expectant women have a restless nights sleep while the average pregnant mother gets five hours of sleep per night. 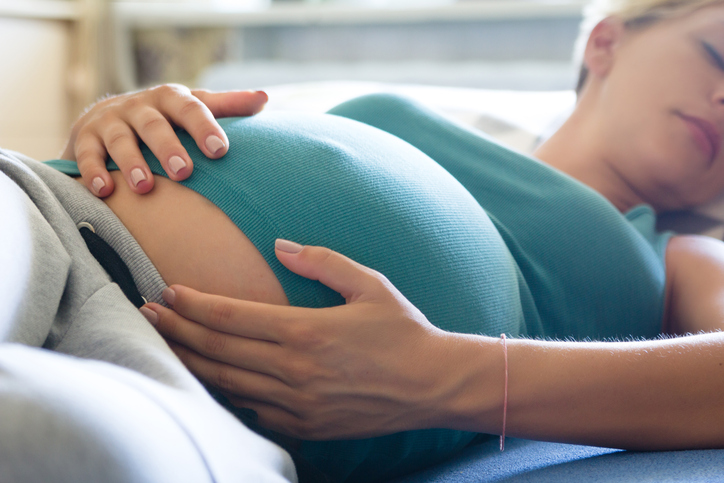 So why is this the case?

“It’s ironic that the time women need to sleep the most is a time when it’s often the hardest.

“Trouble sleeping is something almost every pregnant woman goes through, for all kinds of reasons, from physical discomfort to worries on the mind.

“A bed or mattress that has been comfortable for many years can suddenly feel like the most uncomfortable place in the world, and it can leave women – and their partners – feeling helpless.”

The study also revealed that sleepless nights cause a lot of upset and emotional distress with 57 percent of women saying that they broke down in tears due to the exhaustion.

You can read the full study here.

popular
Smyths issues warning to parents ahead of Christmas
Breaking is the haunting novel parents need to read this October
Coco Austin comes under fire for bathing daughter (6) in sink
Here's everything coming to Netflix this October
Riverdale actor Ryan Grantham charged with murder of his mother
Call The Midwife's Helen George reveals baby no. 2's unique name
Kids and teens who eat pasta are nutritionally better off
You may also like
2 weeks ago
Woman in Portugal gives birth to twins with different dads
1 month ago
Katherine Ryan opens up on becoming pregnant after two miscarriages
1 month ago
Girlfriend of late footballer shares pregnancy news one month after his death
1 month ago
Natal Active, the celebrity favourite activewear for Mums & Mums to be launches in Ireland
1 month ago
John McAreavey reveals baby number two is on the way
1 month ago
Covid-19 vaccine is safe for people during pregnancy
Next Page