The number of planned C-sections in Ireland is higher than ever, experts say

Ireland already has a higher rate of C-sections being performed than most other OECD countries.

In fact, some places, like the Netherlands, have rates almost 50 percent lower than Ireland, a trend which experts are keen to reverse.

This is because, overall, a higher number of C-sections is not a great thing, as it is important to remeber that a Caesarean is an operation. Meaning, of course, that it carries all the risk any operation does – bleeding, infection, adhesions, clots, etc. As well as this, recovery after birth takes longer, breastfeeding is harder, and, to the tax-payer, it costs more.

As well as this, many studies have pointed to it being far better for babies to be born vaginally than via a section – keeping in mind that when a C-section is really needed, it is a life-saving and important procedure. 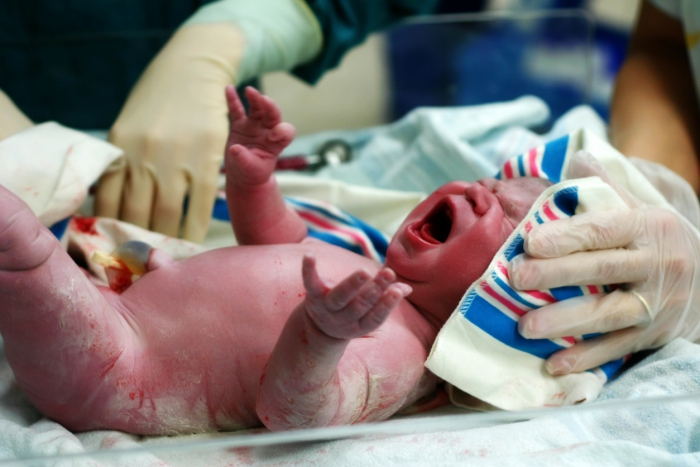 But despite all these facts, the number of pregnant women who are having planned caesarean sections before the onset of labour is continuing to rise.

According to numbers from the Rotunda Hospital in Dublin, some 386 women had their babies at term delivered by this method last year - up from 277 in 2012. Statistically, this means that planned sections accounted for 13 percent of all caesarean sections in the maternity hospital in 2016, according to the Rotunda's annual report.

The report points out that it remains unclear if these women are having a caesarean solely "for personal reasons" or whether there are significant changes happening in the medical risk profile of the patients booking caesarean sections. A "declining enthusiasm" on the part of patients or doctors for a trial of labour having already had a caesarean birth was cited as a possible reason for this increase.

Other reasons behind the high number is planned C-sections were listed as a rise in the number of mothers whose baby is in a breech position, increase in obesity, the use of oxytocin, a drug given to speed up labour and more women having repeat caesareans.


popular
This plant-based cleaning range will make a huge difference to your home hygiene
Madeleine McCann's parents release statement ahead of her 18th birthday
15-year-old boy charged with murder of woman in Dublin
11 beautiful baby names with a slightly bohemian vibe
International travel could return as early as July, according to Simon Coveney
Minister for Justice Helen McEnte shares first picture with newborn son
Watch: A woman who didn't know she was pregnant gives birth at 30,000ft
You may also like
1 day ago
Woman unexpectantly gives birth to nine babies after doctors miss them on scan
1 day ago
15-year-old boy charged with murder of woman in Dublin
2 days ago
Hunt underway for man who attacked pregnant woman in Dublin city centre
2 days ago
Pregnant teachers and SNAs will continue to work from home for rest of school term
3 days ago
Fáilte, Peppa! In her latest adventure, Peppa Pig is off to Ireland
4 days ago
6 today! Kate and William share brand new picture of Princess Charlotte for her birthday
Next Page