This is not advice that is commonly offered to pregnant women, but from what I have seen in my clinical practice and based on discussions I have had with other fertility experts, I would strongly recommend delaying air travel until you are more than 12 weeks into your pregnancy.

The research in this area is lacking, but a study found a twofold increase in miscarriage risk for flight attendants, especially for those who worked on the longer haul flights or a night shift. However, other studies on the general population haven’t found statistically significant differences in miscarriage risk.

So while air hostesses do seem to be at a higher risk of miscarriage due to flying, what does that mean for the rest of us?

It’s a very difficult subject to study because there are so many variables that could lead to a miscarriage occurring, many of which are entirely separate from the altered pressure you experience when boarding a plane. In other words, if a woman miscarries after flying during the first few weeks of pregnancy perhaps she was destined to miscarry anyway, and the flight had nothing to do with it? This is probably why you won’t be able to get a definitive answer on the subject from any medical authority. It’s such a difficult area to properly research.

That said, with my own patients I have seen it too many times to call it a coincidence. Either the woman reports a threatened miscarriage (a light bleed or some cramping but the pregnancy continues) or else she may experience a full miscarriage after flying. A recent patient of mine who has experienced a total of three miscarriages told me that her third miscarriage was totally different to the first two. While the first and second miscarriages both occurred before 7.5 weeks gestation, the third took place at 10.5 weeks, in spite of scans at 7.5 and nine weeks had shown a strong heartbeat and that the baby measured correctly for her dates. She was in America at the time and when she was on her flight home to Ireland she noticed cramping sensations. This cramping grew stronger during the flight and by the time she had landed she was starting to bleed and sadly lost the pregnancy a few days later. 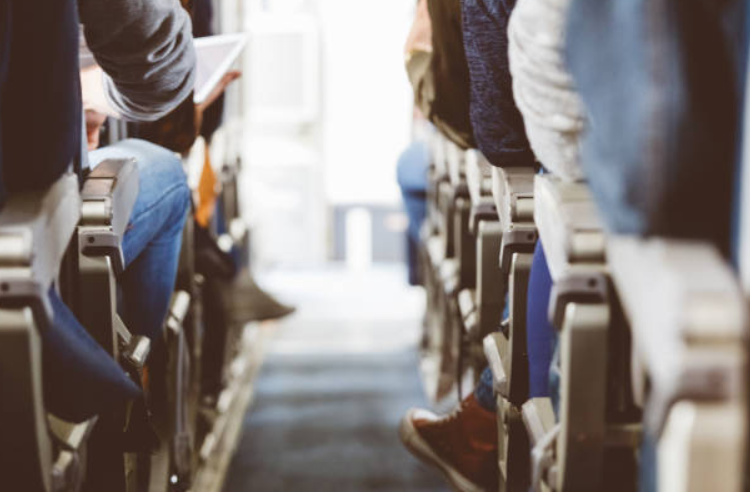 From what I have seen, the greatest risk appears to be between 7-11 weeks gestation. This is when your baby is going through a growth spurt and there is an enormous amount of development happening, which means your cardiovascular system is being placed under greater pressure to circulate oxygen and nutrient rich blood to the placenta.

END_OF_DOCUMENT_TOKEN_TO_BE_REPLACED

For those of you having IVF treatment abroad and who would be flying home within couple of days after your transfer, the risk should be minimal. At this very early stage, the transferred embryo hasn’t even implanted yet so the impact of cabin pressure on blood flow to the uterus shouldn’t cause a problem. I certainly haven’t seen any correlation with failed IVF cycles due to treatment abroad as the statistical success rate seems to be pretty similar for those who have had their fertility treatment here.

My personal belief about flying during the first trimester is, why take the risk? Unless there is an important reason that you have to travel, such as for work or to visit a sick family member then perhaps it would be worth delaying your travel plans for those crucial extra few weeks until you are past the 12 week stage and can travel with greater peace of mind.

Jessica Bourke's clinical approach is based on evidence-based nutrition protocols, acupuncture treatment, and she also offers functional lab tests to support you on your journey to parenthood. She's a regular contributor to Irish media and co-author of the 'Guilt Free Gourmet' cook-book. As a Mum of two, Jessica understands the challenges of pregnancy and parenting. For more, visit jessicabourke.com.

popular
Kelly Clarkson admitted she spanks her children if they misbehave
Today FM's Paula MacSweeney welcomes baby boy
Hilary Swank, 48, reveals she is pregnant with twins
It looks like Ireland could get a white Christmas this December
Angelina Jolie accuses ex-husband Brad Pitt of abuse
Lush to open its biggest Irish store this winter
Kelly Osbourne responds to backlash over deciding not to breastfeed
You may also like
10 months ago
Babies born in December have some very unique traits – and you'll see why
11 months ago
November-born babies are extra-special – here's why
1 year ago
Worth the wait: 9 reasons NOT finding out the sex of my baby was the best thing ever
1 year ago
10 things to add to your hospital bag (that you probably hadn't thought to pack)
1 year ago
Prepping for a new arrival? Here are all the things you'll need for a newborn baby kit
1 year ago
Fact check: 7 common pregnancy myths you can stop believing now
Next Page