"Health recommendations concerning caffeine consumption during pregnancy are in need of radical revision..."

Pregnant women should avoid all caffeine, according to a new study.

New research, conducted by Professor Jack James of Reykjavik University in Iceland, suggests that women who are pregnant, or planning on getting pregnant, should cut caffeine from their diets.

The study, published in the BMJ Evidence Based Medicine journal, found that caffeine can increase the risk of stillbirth and miscarriage.

"Current advice such as that issued by [...] the NHS is not consistent with the level of threat indicated by biological plausibility of harm and extensive empirical evidence of actual harm," said Prof James.

Currently, pregnant women are told they can safely consume 200 milligrams of caffeine per day. 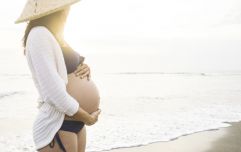 Pregnancy: 10 Top Tips for keeping cool during pregnancy this summer

END_OF_DOCUMENT_TOKEN_TO_BE_REPLACED

While this new study suggests that women who are expecting should cut back on caffeine entirely, others have argued that a limited caffeine intake is completely safe.

"Pregnant women do not need to completely cut out caffeine, as this paper suggests," Daghni Rajasingham, consultant obstetrician and spokesperson for the Royal College of Obstetricians and Gynaecologists, told Sky News.

"The Royal College of Obstetricians and Gynaecologists' advice to limit caffeine intake to 200 milligrams per day - the equivalent to two cups of instant coffee - still stands.

"This paper does not supersede all the other evidence that has found that a limited intake of caffeine is safe for the majority of pregnancy women."


popular
"You're disgusting": Prince William roars at photographer who was 'stalking' his family
Michael Owen hilariously responds to Love Island's heart rate challenge
6 fun things to do in Dublin on your next family day out
Fashion expert tells mothers what to wear on school run to not look 'old and frumpy'
Family of Deborah James sadly announce that she has passed away
Mum gets mixed reaction to photo of her drinking beer while breastfeeding
Children wearing wrong-sized shoes and pyjamas in daytime as parents cut costs
You may also like
5 days ago
We are more likely to get sunburnt in Ireland than on holidays abroad – this is why
1 week ago
Health: Parents in Ireland back ban on unhealthy food advertising
1 week ago
Girls are going through puberty much earlier than before
1 month ago
Hospital charges woman $40 for crying during consultation
1 month ago
Calls for sandwich meal deals in supermarkets to be banned
1 month ago
Spain set to offer three-day ‘menstrual leave’ for women every month
Next Page