A hearty congrats to him.

Quentin Tarantino and wife Daniella Pick have welcomed their first child together.

The couple, who married in 2018, welcomed a baby boy yesterday in Tel-Aviv, Israel.

“Daniella and Quentin Tarantino are happy to announce the birth of their first child," Tarantino's rep said via a statement. "A baby boy born February 22, 2020.”

56 year old Tarantino and 36 year old Pick met in 2009 while the director was on press tour in Pick's native Israel to promote his film, Inglourious Basterds.

They dated until 2012 before ending their relationship. A few years later, they rekindled their romance, with Tarantino proposing in 2017.

The couple marred on November 28, 2018 in a lavish ceremony in Los Angeles. 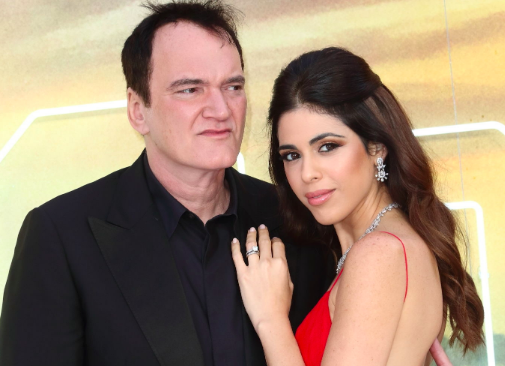 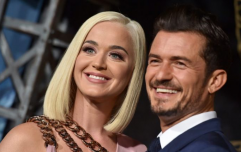 END_OF_DOCUMENT_TOKEN_TO_BE_REPLACED

Tarantino recently told ABC News that he was planning to take a break from filmmaking to focus on fatherhood.

"I kind of feel this is the time for the third act, to just lean a little bit more into the literary, which would be good as a new father, as a new husband," he said.

Tarantino's latest directorial offering, Once Upon A Time... In Hollywood, received rave reviews from critics, as well as a decent number of Oscar nominations including those for Best Director and Best Picture.

Brad Pitt eventually walked away with the Academy Award for Best Supporting Actor for his performance in the film.


popular
David Beckham shared his dinner on social media and we really wish he hadn't
Attention parents and kids! Here are 3 simple but scrumptious recipes to keep you busy all afternoon
Mini Bella Boutique is running a huge online clearance sale as it sadly closes
Kim Kardashian says lockdown has made her realise she doesn't want more kids
How to potty train your toddler in three days, according to the experts
Katy Perry reveals the gender of her first child with Orlando Bloom
No need to run to the shops: a recipe that will turn you into a bread making pro
You may also like
3 weeks ago
Pregnant Katy Perry criticised for saying that she wants to have a girl
3 weeks ago
Jenna Dewan posts snap of her bump mask and we know where you can buy one
3 weeks ago
Grey's Anatomy's Camilla Luddington confirms she is expecting her second child
3 weeks ago
Irish singer RuthAnne shines a light on endometriosis with a powerful bodypaint picture
4 weeks ago
Dressing your bump: 10 maternity wear buys that'll sort out your entire spring wardrobe
1 month ago
Katy Perry and Orlando Bloom are expecting their first child together
Next Page