The sad passing of Queen Elizabeth has dominated the news these past few days.

But it is not just in times like these we are obsessed with the royals.

The fascination with all things related to the royal family has no end, something the popularity of Netflix's The Crown is a testament to. 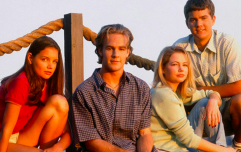 END_OF_DOCUMENT_TOKEN_TO_BE_REPLACED

Prince Carl Philip is third in line for the throne of Sweden, if you didn't know. 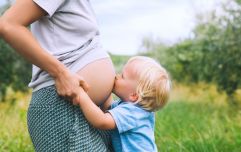 Baby names: These are the top 20 nature inspired names in the UK and Ireland

END_OF_DOCUMENT_TOKEN_TO_BE_REPLACED

Swedish Princess Madelaine is 4th in line to the Swedish throne. The Scandinavian beauty has three young children, and is married to US financier Christopher O'Neill.

popular
The most popular children's books in Ireland have been revealed
'Don't do it if you are a parent' – paediatrician warns against viral organising hack
6 unusual and unique family-friendly activities to try in Ireland's Hidden Heartlands this autumn
Well it's official, children misbehave the most around this parent
Five children rescued from van in Cork as driver is arrested
Here's when Florence Pugh's new Irish film lands on Netflix
Mum shares important warning after almost losing her newborn to a kiss
You may also like
4 days ago
Here are the baby name trends set to dominate 2023
1 week ago
10 beautiful baby names that are inspired by our favourite colours
1 week ago
Bon appétit! 13 food and drink inspired baby names for both boys and girls
2 weeks ago
Kylie Jenner admits she hasn't legally changed her 7-month-old son's name
2 weeks ago
Joe Wicks and wife Rosie welcome their third child together
1 month ago
Apparently, these are the 20 'best baby names in the universe'
Next Page