"Reproductive health leave for IVF and early miscarriage could radically change our workplaces."

Senator Ivana Bacik has this month introduced a new Bill to the Seanad to provide employees in Ireland with up to 20 days leave for early miscarriage or other reproductive health reasons.

The Labour Party legislation, published on March 2, addresses the many inequalities still faced by women in the workplace, and the pain too often experienced by employees who are forced to return to work following the loss of a pregnancy.

"We know that more than one in every five pregnancies ends in miscarriage," says Bacik. "For many women, and their partners and families, this can mean that the elation of experiencing a wanted pregnancy can swiftly be followed by the devastation of an early miscarriage. Those affected are often left to grieve silently and alone.

"For far too long, women have had to remain silent in their workplaces about the grief of early miscarriage; or have had to use their annual leave or sick days in order to recover from the physical and psychological side effects. While provision is made for the taking of maternity leave following a late miscarriage (24 weeks or more), no specific legal provision is made for such leave from work when a woman suffers an early miscarriage.

"Similarly, women and men who seek IVF or fertility treatments must take unpaid leave, perpetuating inequality in the workplace; those who have greater resources may be better able to take the time required off work, whereas those without savings will only be able to take the bare minimum." 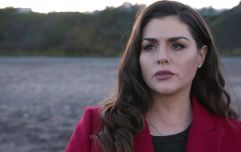 END_OF_DOCUMENT_TOKEN_TO_BE_REPLACED

Bacik says the Bill would allow recognition for the pain and difficulties often experienced by so many Irish people in silence. If enacted, the legislation would give the right to up to 20 days reproductive leave for women who suffer an early miscarriage, and up to 10 days leave for employees to receive fertility treatments like IVF.

"We know that this is an issue faced by many, particularly women. Indeed, an INTO survey of teachers carried out in 2019 highlighted that 60% of respondents had faced reproductive health difficulties in their workplaces.

"Providing for a legal entitlement to reproductive health leave would represent a clear step forward in challenging the silence around miscarriage and fertility treatments. And it would address what for many women remains an ‘untold story’."


popular
Maternity hospitals can now begin to ease visitor restrictions says HSE director
Mother wants to exhume daughters body from her grave in Cork
10 rare Irish baby names not too many parents are using these days
Here's what bookies think Harry and Meghan will name their baby girl
This bath bomb is especially for parents and it really truly speaks to me
"To all my friends with babies, I apologise."
Aldi drops prices of Mamia nappies to only €1.99
You may also like
1 day ago
Lidl to offer free period products to combat period poverty in Ireland
2 days ago
Feeling a little down? 3 quick and easy changes to get you out of a slump
5 days ago
1 in 5 of women with heavy periods will have an underlying bleeding disorder
6 days ago
Survey finds 79% of workplaces do not have adequate employee fertility supports in place
1 week ago
New Gynaecology unit at Rotunda Hospital to provide increased access to vital services
1 week ago
Due this month? Science says April babies have TWO major advantages
Next Page