Immediate skin-to-skin with mother after birth can save 150.000 premature babies every year

The magic of touch.

It has been known for some time how incredibly beneficial skin-to-skin contact between mum and baby is in those precious few moments after birth. 'The Golden Hour' this time is often referred to as by midwives and other healthcare providers, and more and more hospitals are taking measurements to ensure this can happen – knowing it comes with such immense positive benefits, for both mothers and their newborns.

However, this has not traditionally been the case with babies born prematurely, as they were often rushed into testing and incubators, where doctors can both assess and assist with what care is needed.

Skin-to-skin with mother after birth can save 150.000 premature babies

This might change now, though, after a large-scale study has shown that allowing for the baby to rest and be assessed ON the mother's chest/naked skin first, can actually improve survival chances by a whopping 40 percent.

The WHO study, which focused on premature babies and babies with low birth weight in five different countries in Asia and Africa, has received a lot of attention among health experts and medics. And rightly so, according to Norwegian lead professor in infant medicine at Stavanger University Hospital, Siren Rettedal, who explains why she thinks this study will end up changing the paradigm of how premature babies are best stabilised and treated post-delivery.

"These are impressive statistics, dramatic numbers, and the WHO are describing it as a paradigm shift when it comes to caring for premature babies," Rettedal explains.

Rettedal herself was involved in the research and helped select which hospitals were going to be taking part, as well as providing guidance to staff and monitoring the study.

Previously, the guidance has been for premature babies to be transferred to an incubator first, to be assessed, before being brought back to mum – or dad – for skin-on-skin.

This might just change now after the results of this study. 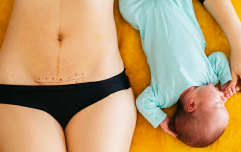 END_OF_DOCUMENT_TOKEN_TO_BE_REPLACED

What the researchers set to out to find out with the new study, was monitoring what happened when the premature baby was put directly onto mum's chest after birth – without being assessed or treated in an incubator first.

4200 babies were due to be part of this study, where half would get the standard incubator, then back to the mum procedure, while the other half would be given straight to mum for immediate skin-on-skin contact

The results were so telling, the study was stopped by an independent committee.

"We discovered that it would be unethical to keep putting babies straight into an incubator," Rettedal explains.

"We saw so clearly how the survival chances just went up and up with the immediate skin-on-skin contact."

Rettedal thinks the study is of such significance, it will make WHO change their guidelines on how premature babies and babies with a low birth weight should be cared for after birth.

popular
Emma Pattison made distressed call to sister before murder-suicide
Vogue Williams opens up about her divorce from Brian McFadden
'Beware of this book' – parents in shock over very explicit children's book
Expert says Cocomelon acts "as a drug" to kids' brains
Siblings kidnapped in March 2022 have been found alive
8 foods that can actually help your baby sleep better (no really, it's true!)
Here's why Laura Whitmore's alcohol posts were banned on social media
You may also like
4 months ago
Research says working mums of two are twice as stressed as working women with no kids
4 months ago
Playing with mud and soil in creche changed children's immune systems
5 months ago
Lengthening a woman's fertility may extend her life as well, studies find
6 months ago
Bottle-fed babies are ingesting 'millions' of microplastic particles daily, study finds
6 months ago
Mums are sleep deprived for six years after having a baby – and yet dads are not
6 months ago
Toddlers are happier with fewer toys, study finds
Next Page