Sperm killers: 8 things that are hazardous to sperm health

From heat damage and too-tight Calvins to booze and chemical attacks, it's a dangerous world out there for sperm.

Here are the top eight things that can negatively affect sperm quality...

The impact of sport on sperm health is likely due to a combination of heat, wearing restrictive clothing or excess pressure being applied to the perineal area (e.g. cycling). I don’t think it's a coincidence that I have seen numerous couples, where the male is experiencing a decline in sperm quality, who also participate in regular triathlons or cycling training. Running marathons could also present a problem for the sperm because of the increased friction and therefore increased heat that the sperm are exposed to during training. Look at short interval training workouts, combined with weight lifting and stretching to maintain fitness without compromising sperm production.

Whether it's due to intense exercise, having hot baths, saunas or steam rooms, using laptop computers placed over the groin area, prolonged mobile phone use or having been recently ill with a fever. Anything that raises the core body temperature beyond 37.5 degrees will impact sperm production.

Perhaps your partner had undescended testes at birth, or suffered a twisted testicle while playing football as a teenager. Although these incidents may have taken place a long time ago, they could be affecting the current health of the sperm, in particular, the ability of the testes to make sperm properly. A common physical problem that can occur either due to trauma, or simply due to ageing is the development of varicose veins within the testes (i.e. Varicocele). This condition may impede blood flow within the testes, which will have a knock-on effect on sperm production. There could also be a blockage, making it difficult for the sperm to get through to the semen. A consultation with a urologist would be recommended if you suspect there are any anatomical issues affecting fertility potential.

Certain jobs are known to carry higher risks for male fertility than others. This is usually because the job in question involves exposure to chemicals or heat, known to affect sperm development and quality. If a man is working in a job that is considered ‘high risk’ for sperm health, it does not guarantee fertility issues, but it does mean that it would be wise to get tested sooner, rather than later, to make sure that the sperm health isn’t being unduly affected. Most of the research on this topic has found that sperm count was the primary sperm marker that was affected. Some of the jobs that have the potential to impact sperm health include; 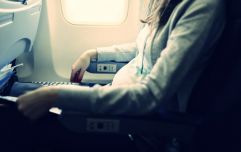 END_OF_DOCUMENT_TOKEN_TO_BE_REPLACED

It’s an easy one to overlook, but using a lubricant during sex that isn’t advertised as ‘sperm friendly’ could significantly reduce your chances of success while trying to conceive each month. Saliva contains digestive enzymes that will damage the sperm so don’t consider that as a lubricant option. Only use brands that have been clinically researched and been shown to be safe for the sperm. e.g. pre-seed or conceive plus.

If your partner has an auto-immune condition and is taking steroids or other strong medication to manage the condition this could be altering his sperm quality. If medication is required for any chronic health condition, consider a semen analysis test to ensure the sperm is not being adversely affected.

Traditionally this has been considered a fertility issue for women, especially those who need to be a certain BMI in order to proceed with IVF treatment. However, research has found that in most cases, men who are overweight are more likely to have reduced sperm quality. While a man could be overweight and discover through testing that his sperm parameters are okay, for the sake of overall health and the energy that fatherhood inevitably demands, it would always be worth improving diet and lifestyle to reduce excess weight.

The use of alcohol, excessive caffeine or smoking (cigarettes or marijuana) is not recommended for men when trying to conceive. The research has delivered mixed results with alcohol and caffeine, which is probably because we each have different tolerance levels due to the function of the CP450 liver enzymes. We all know people who can drink a number of alcoholic drinks and be mildly tipsy while someone else would feel the effects of just one glass of wine. Equally, there are those who can drink three cups of coffee per day and experience no real side-effects, while others who have just one cup in the morning may feel jittery for the rest of the day.

The only way to know for sure whether a particular stimulant is affecting the sperm is to test with a semen analysis. If there is any decline with the sperm parameters consider cutting out the alcohol and or caffeine for a few months to see if it makes a difference when testing again.

popular
This is everything women need to know about ovarian cysts
Viewers in tears after last night's emotional episode of DIY SOS
These 40 baby names are set to trend in 2023
Babies born in February have some pretty cool advantages – no, really – it's true
Shows like Bluey and Peppa Pig are actually bad for kids, expert warns
Study says that dads get more sleep than mums and tell us something we don't know
Man sues friend for £1.9m after she refused to be his girlfriend
You may also like
3 years ago
4 simple steps to combat hair loss after pregnancy
3 years ago
Seven common chemicals you should avoid while trying to make a baby
4 years ago
Breastfeeding: Five ways to improve your milk supply right now
4 years ago
Endometriosis: Why it doesn't have to be a life sentence
5 years ago
Do you REALLY know when you're ovulating? Most people don't...
5 years ago
4 handy hacks that can help improve your children's health
Next Page