The No Bullsh*t Guide To.. Getting Pregnant

Welcome to the No Bullshit Guide - where we talk about all subjects surrounding pregnancy, childbirth and raising kids, just like you would with your best mate. Coz we are best mates, aren't we?!.

Let's get all those pregnancy myths out of the way first, shall we?

1. You can't get pregnant the first time you have sex

Oh, the hope of hundreds of thousands of young people the world over! If a woman has begun ovulating, and the man can successfully ejaculate, then the chances of getting pregnant are the same on the first or the one hundredth time. Sorry!

Wrong! Employing the 'withdrawal method', in which the man withdraws his penis right before ejaculation, isn't a fool proof way to avoid getting pregnant. Four out of every one hundred women will get pregnant even if the method is followed correctly, because of something known as pre-ejaculate. That is FOUR in one hundred, people!

3. Women must orgasm in order to conceive

Alas, no. When it comes to orgasms and conception, us ladies are shortchanged again. Well, while it is biologically unnecessary in order for us to conceive, the muscular contractions that we experience during orgasm creates an 'upsuck' which can help retain sperm for longer. So in theory, it's better for the chances of conception if you DO orgasm, so use that in your argument!

4. You can't get pregnant during your period 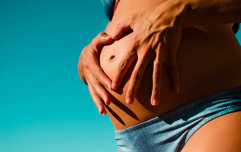 Trying for a baby? 11 sneaky signs you might have already conceived

END_OF_DOCUMENT_TOKEN_TO_BE_REPLACED

While having sex during a woman's period might reduce the odds of getting pregnant, it certainly isn't foolproof. A report from the National Institute of Health Services states that there are very few days when a woman isn't fertile, and that if you count her first day of period as Day One, she is then fertile on Day Four. Combine that with the fact that sperm can live inside the body for up to five days, and well, you do the maths!

5. Ovulation happens 14 days after a period

While fourteen days might be a helpful guide for when you are most fertile if you are trying to conceive, it could realistically be anywhere from ten to seventeen days. The best way to predict your 'fertile window' is to use an ovulation test, available online or in a pharmacy.

6. Having sex every day will increase your chances of getting pregnant

If you have the time and energy to have sex every day, then who are we to stop you! But if you are trying to conceive, then I'm sorry to report that frequent ejaculation from the man in the couple can reduce the semen's effectiveness. His sperm count and concentration can fall so best to hold off on sex until your most fertile period. And by then, you should really enjoy it too!

Really, they don't. Missionary or 'doggie style' positions may help the sperm desposit closer to the cervix, but it doesn't make a big difference in the conception journey according to most experts. What you can do is lie back and relax for five minutes after sex to help retain more of the semen and thus increasing your chances. Aside from that, leave the acrobatics to.. well, the acrobats! 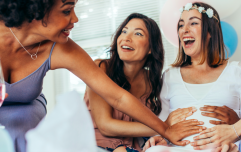 END_OF_DOCUMENT_TOKEN_TO_BE_REPLACED

8. You'll get pregnant if you relax and stop worrying about it

While we don't want anyone we love to be unduly stressed or worried about getting pregnant, telling them that it will happen when they stop worrying about it has no basis in fact whatsoever. On the contrary, their being on top of their fertility window and timing intercourse is probably what will get them pregnant in the end.

9. Riding a bike will reduce your man's sperm count

Even if your partner is an Olympic-level, long-distance cyclist, there is no clinical proof that the extra heat, or jostling around around on the testicular region will have any impact on sperm count. So recreational cyclists need not worry!

10. You can't get pregnant from having sex standing up

Um, yup, you can. You can also get a medal for stamina. Go, you!

If you are worried about your fertility, contact your GP or see our article on Fertility Clinics in Ireland


popular
Here's what bookies think Harry and Meghan will name their baby girl
Vogue Williams son Theodore recuperating after an accident at home
Pregnant Binky Felstead poses topless with baby bump
Chrissy Teigen explains why she posts more photos of her daughter than her son
Mum admits she hates playing with her daughter, and we can relate.
These 5 Foods Could Increase Your Chances of Having Twins
Fundraiser set up for family of Tipperary 3-year old who died in tragic bus accident
You may also like
2 months ago
Been there, done that: HerFamily readers share THEIR favourite pregnancy buys
3 months ago
Wow! The incredible video that shows the impact pregnancy really has on your body
4 months ago
Babies born in December have some very unique traits – and you'll see why
5 months ago
November-born babies are super-special – especially for THIS unique reason
5 months ago
10 things to add to your hospital bag (that you probably didn't think to pack)
6 months ago
Going again: How my second pregnancy was VERY different from my first
Next Page