Lots of studies have previously shown the health benefits of having a family pet – it can make children less anxious, and it's great for learning responsibility – but did you know a having a pet in the house can even prove to have health benefits to children before they are even born?

It's true. According to a new study from the University of Alberta, having a pet in the house can lower risks for developing allergies and also a child's risk for obesity later in life.

According to the Canadian researchers, it all comes down to gut bacteria.

“We looked at the kinds of gut bacteria these babies have around three months of age, and we found exposure during pregnancy or postnatally was associated with some beneficial gut bacteria in these babies,” study author Anita Kozyrskyj said on CBC radio.

It’s long been thought that sharing the floor with a pet exposes babies to good bacteria, as other studies indicated kids who live with pets are better protected against asthma and respiratory illnesses. But the Canadian study indicates the benefits of a household pet start long before the kids are doing tummy time—while they’re still in the tummy, in fact. 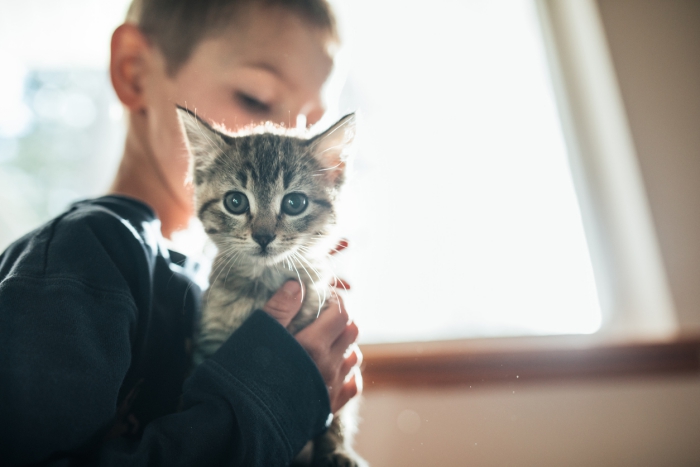 “The interesting thing is that exposure in pregnancy also resulted in these changes, suggesting that there might be some changes to mom’s gut bacteria while she’s pregnant,” Kozyrskyj explains.

The research looked at the gut bacteria of more than 700 3-month-old babies whose moms were enrolled in the Canadian Healthy Infant Longitudinal Development Study between 2009 and 2012. Those whose moms kept a pet while pregnant had more of two kinds of good gut bacteria (oscillospira and ruminococcus).

END_OF_DOCUMENT_TOKEN_TO_BE_REPLACED

The work also indicates that when moms have a pet during pregnancy, the transmission of vaginal group B Strep, which causes pneumonia in newborns, is reduced.

Most of the moms with pets who participated in the research were dog owners, but a smaller group of cat lovers was represented in the research—indicating kitties bring the beneficial bacteria to pregnant moms, too.

popular
Should pit bulls be banned in Ireland? Parents express concerns after recent attacks
People are realising what the red Christmas lights are actually for
Parents told to stop buying selection boxes for kids- here's why
"Losing a baby is the ultimate loss, but to watch on over a video call is soul destroying"
Woman gives birth to baby boy and girl less than 12 months apart
This Netflix Christmas film is being dubbed the perfect rom-com
Alejandro Miszan: Fundraiser set up following vicious dog attack
You may also like
1 week ago
Watching Christmas movies is good for your health- here's how
1 week ago
83% of women call for time-off policies for severe period symptoms
1 month ago
Should you give your child a soother? Here's exactly what you need to know
1 month ago
Daytime naps should stop when child turns two, science claims
1 month ago
Expert reveals how often you should clean your child's bath toys
1 month ago
Parents beware: false widow spiders like hiding in socks and slippers left on the floor overnight
Next Page