Let's all agree that a fed baby is the ultimate goal, regardless of how you opt to feed.

However, as for added health benefits, there is simply no denying that breastmilk is basically magical, both for your baby and for you, mama. Many, many studies have been conducted, and researchers across the globe have found breastmilk to both reduce the likelihood of developing cardiovascular disease, type 2 diabetes, and rheumatoid arthritis, as well as cutting the risk of sudden infant death syndrome (SIDS) in half.

And as this wasn't powerful enough, Mother.ly reports that Swedish researchers have not discovered that babies who are fed breast milk have a stomach pH that promotes the formation of HAMLET (Human Alpha-lactalbumin Made Lethal to Tumor cells). This was discovered by chance when researchers were studying the antibacterial properties of breast milk. HAMLET is a combination of proteins and lipids found in breast milk that can work together to kill cancer cells, causing them to pull away from healthy cells, shrink and die, leaving the healthy cells unaffected.

How is that for amazing?

According to researchers at Lund University in Sweden, this mechanism may contribute to the protective effect breast milk has against pediatric tumours and leukaemia, which accounts for about 30 percent of all childhood cancer. Other researchers analyzed 18 different studies, finding that "14 to 19 percent of all childhood leukaemia cases may be prevented by breastfeeding for six months or more."

It doesn't even stop there.

Some other doctors in Sweden recently collaborated with scientists in Prague to find yet another amazing benefit to breast milk. And what they found was that a certain milk sugar called Alpha1H, found only in breast milk, helps in the production of lactose and can transform into a different form that helps break up tumours into microscopic fragments in the body. 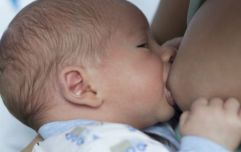 Coronavirus: Babies who are breastfed are 'better defended against outbreak'

END_OF_DOCUMENT_TOKEN_TO_BE_REPLACED

Let us repeat that: Breastmilk can help break up tumours in the body.

According to the Scandinavian researchers, patients who were given a drug based on this milk sugar, rather than a placebo, passed whole tumour fragments in their urine. Even better? Are more and more studies are being done on the benefits of breastmilk, there is more laboratory evidence to support that the drug can kill more than 40 different types of cancer cells in animal trials, including brain tumours and colon cancer.

How amazing is the human body?!


popular
Hobbits and hot tubs: My family's stay at Mayo Glamping
The tooth fairy letter many parents are feeling a little divided about
Three children and two staff test positive for COVID-19 at Meath creche
13-year-old boy passes away after coming into difficulty while swimming
Lockdown with the kids: 8 thoughts every mum has had during isolation
It's almost time: 10 back-to-school-once-more tips every parent needs
The 2021 Ikea catalogue has been revealed – and it is filled with ideas and inspiration

You may also like
10 hours ago
The Mrs Hinch approved hack that'll help you get rid of flies in your house
1 day ago
It's almost time: 10 back-to-school-once-more tips every parent needs
3 days ago
5 incredible things you can do with your breast milk (apart from feeding your baby)
3 days ago
5 little ways to make your weekend feel special (even when you are not going anywhere)
6 days ago
These astonishing brain scans of toddlers show the impact love has on us
1 week ago
11 little habits to start now that will slowly change your life for the better
Next Page