If you are the parent of a child under the age of five, you are no doubt familiar with the phenomenon that is CoComelon.

The viral Netflix show is a big hit with the toddler set, and is also the most-subscribed children’s YouTube channel in the world(!).

In other words, the CoComelon creators sure are doing something right in the eyes of their pint-sized audience.

However, a growing number of concerned parents are now worried that the popular show is having a negative impact on their toddlers, with some even claiming it is affecting both their speech development and temper in a negative way.

@sierrarenaeee♬ Pope Is a Rockstar - Sales

Taking to TikTok, more and more parents are voicing concerns about CoComelon.

Recently, mum Sierra shared her story on TikTok, claiming her two-year-old is speech delayed, and ‘addicted’ to Cocomelon. Becoming worried, she says she simply switched to a different YouTube channel –  Songs for Littles with Ms Rachel, and things changed.

She claims in just two days, “He’s already saying more words and hasn’t had any tantrums.”

Her revelation prompted lots of other parents to come forward with their own views on CoComelon. 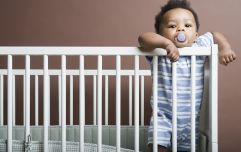 END_OF_DOCUMENT_TOKEN_TO_BE_REPLACED

“Cocomelon is so awful for children," one woman called Sarah wrote.

"It’s overstimulating – which can delay a lot of developmental milestones.”

Another parent, Karly Mathias, also went on to detail her toddler’s behavioural issues after watching CoComelon. She revealed that when her toddler Jasper recently had his 18-month appointment, there were concerns about his speech.

“He was not showing signs that he wanted to talk, and he’s very smart," Mathias wrote.

"He knows what you say, but he wasn’t trying to say anything back. I expressed my concern to his paediatrician.”

The mum says she started doing some research, and decided to cut out CoComelon. 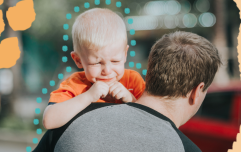 END_OF_DOCUMENT_TOKEN_TO_BE_REPLACED

“When I cut out CoComelon, he started bursting out with words. He’s not even two yet so of course these aren’t clear words, but me as a mother, I knew what he was trying to say. He started saying ‘oh,oh, knock, knock, mumma, dadda. Like – hello words! And ever since we cut out CoComelon, I have seen the craziest difference. It blows my mind. He doesn’t even have as many tantrums as he used to, he’s calmed down a lot.”

Other parents have taken to forums like Reddit to voice their own concerns about CoComelon and the common ground is that the popular YouTube show is having a very addictive affect on children – which is worrying parents across the globe.

“My two-year-old daughter had become addicted to CoComelon and at first I didn’t think much of it,” one mum revealed on reddit.

“She would ask for Coco constantly and stayed glued to the TV. Initially, I allowed this because I had a baby and having an infant attached to my body made interacting with my toddler nearly impossible. Of course, everything else that comes with a new baby is also a factor. I would estimate that we watched CoComelon for at least three hours a day. The TV was NOT on all day."

“After a couple of months, I recognised she was becoming increasingly agitated when Coco was not on. She would throw tantrums that would sometimes involve hitting her head with her fist. At this point, I reduced Coco time to only a few minutes before breakfast (so I could cook and because it’s the first thing she asks for when she wakes up).

“My baby is five-months-old now and about a month ago (after I was getting sleep and more able to interact with both of them) I decided it was time to cut off Coco. It’s been a whole month of ZERO CoComelon in this house and her head hitting tantrums have stopped, BUT SHE STILL ASKS FOR COCO ALL THE TIME!"

“If that’s not a sign of addiction, I don’t know what is.”

The concerned mum also says she wishes she’d known just how additive CoComelon is, and she never would have allowed her child to watch it.

Are YOU worried about your child watching CoComelon? Have YOU noticed anything negative about the show?

popular
Babies born in February have some pretty cool advantages – no, really – it's true
These 40 baby names are set to trend in 2023
We have St. Brigid to thank for our new bank holiday, but who exactly was she?
Viewers believe Bluey is a rainbow baby- check out the theory
11 of the best fun playgrounds in Dublin
Man sues friend for £1.9m after she refused to be his girlfriend
Entrepreneur schoolboy has made £1,000 from selling sweets
You may also like
3 months ago
Daytime naps should stop when child turns two, science claims
4 months ago
Got a picky eater? You need to try the ice cube tray trick today
6 months ago
Toddlers are happier with fewer toys, study finds
8 months ago
3 Steps to preventing heat stroke in babies and small children this summer
8 months ago
Here’s how to plan a family holiday without spending a fortune
8 months ago
The nine things you really need to know before travelling with a toddler
Next Page