Spoiler: You have to look at how often you check your own phone, too.

There is no denying that technology is going to play a vast part in our children's lives, that much is clear.  Another fact that is going to have a massive effect on their entire generation is that the age when tech and screens are introduced to kids is shrinking with most babies now having screentime at just a few months – sometimes even weeks – old.

This, experts warn, is worrying. Especially when you realise that screen usage in infancy in most cases leads to increased screen usage later on as our children grow older.

In fact, according to a study published in JAMA Pediatrics, the more kids use screens in infancy, the more they'll use screens as they get older.

"Children's average daily time spent watching television or using a computer or mobile device increased from 53 minutes at age 12 months to more than 150 minutes at 3 years," the study says. 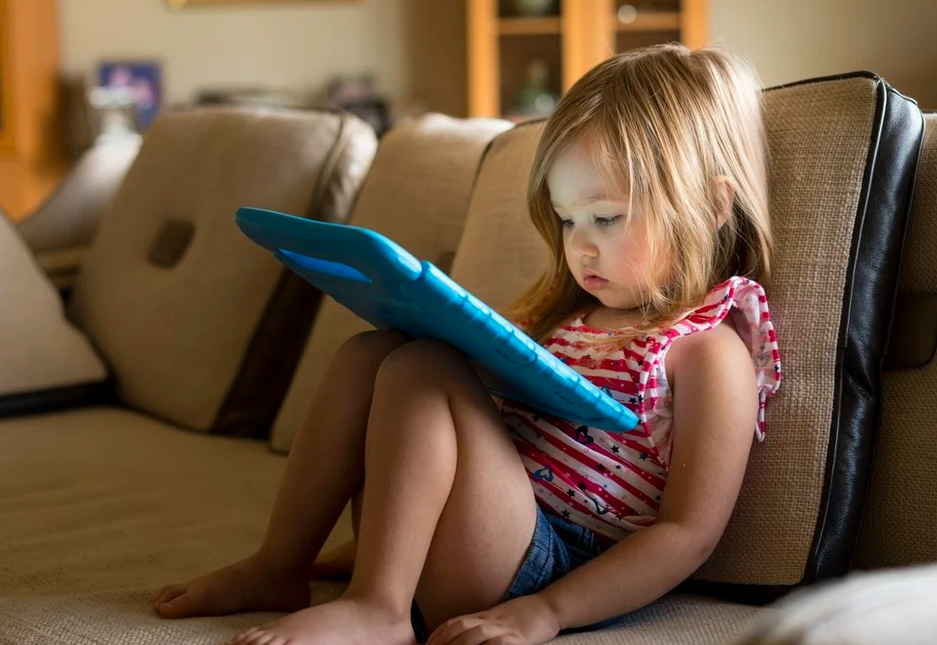 Mothers of nearly 4,000 children who took part in the study responded to questions on their kids' media habits when they were 12, 18, 24, 30, and 36 months of age. They also responded to similar questions when the children were 7 and 8 years old.

Especially when you realise that according to a study published in JAMA Pediatrics back in 2019, researchers found that screen use changes the way kids' brains are wired. 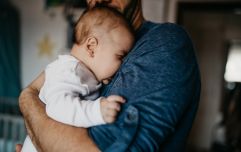 END_OF_DOCUMENT_TOKEN_TO_BE_REPLACED

"Children who have more screen time have lower structural integrity of white matter tracts in parts of the brain that support language and other emergent literacy skills," the abstract states.

"These children also have lower scores on language and literacy measures."

No screen time at all recommended before 18 months

According to new guidelines on children and screen time, experts both in Europe and the US recommend avoiding digital media exposure for children under 18 months of age, introducing children 18 to 24 months of age to screen media slowly, limiting screen time to an hour a day for children from 2 to 5 years of age, and consistent time limits for kids ages 6 and older.

However, in recent studies, researchers have found that 87 percent of children had screen time exceeding these recommendations.

However, all is not lost, says Yeung, who headed the NICHD study.

If you can kick the habit from the start, you have a better chance of it working out.

"This finding suggests that interventions to reduce screen time could have a better chance of success if introduced early," she explains, 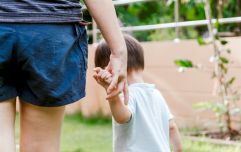 END_OF_DOCUMENT_TOKEN_TO_BE_REPLACED

"For younger children it’s still pretty easy to set limits, delay giving them their own devices, and decide when they are just too young for certain apps and games."

The solution? Be strict – and be consistent. Come together and create screen-time rules as a family – this becomes especially important as children get older.

"If you don't have a good screen-time policy, you're setting yourself up for a lot of conflict," says Anya Kamenetz, author of The Art of Screen Time.

"It can exacerbate other issues such as homework, bedtime, and behaviour problems."

"Conversation is your number-one strategy. Think about where screens are a good fit, such as during travel, on sick days, or on the weekends. Rules are subject to negotiation as kids get older, so check in to talk about what's working and what's not."

However – the most important thing to keep in mind, perhaps, is that when it comes to screens and screen usage, we must also practise what we preach.

In fact, the easiest way to undermine your own efforts is to tell your kids that screens are a waste of their time and talent — and then check your phone.

"You have buy into your own family policy, too," Kamenetz says.

"Park your phone by the door when you come in. Turn off notifications. When you do pick up your phone around your kids, tell them why: 'I'm checking the weather so I know what clothes you need for tomorrow.' This creates accountability for you."

popular
Holly and Phillip weren't on media list for Queen's lying in state
Paralympian Ellie Simmonds targeted by online abuse after Strictly performance
Irish teacher slated over the "inappropriate" clothes he wore to work
Expert says Cocomelon acts "as a drug" to kids' brains
4 ways to fix hard slime with ingredients you probably already have at home
This no-bake Nutella cheesecake is honestly about to change your life
Holly Willoughby and Phillip Schofield speak out against queue jumping claims
You may also like
4 months ago
Loose Women presenter slams parents for letting kids use tablets in the car
11 months ago
MRI scans prove screen time for young children is linked to poorer brain development
1 year ago
Childline has launched a new tool for under-18s to report nude photos of themselves online
1 year ago
Study finds children as young as eight are subjecting classmates to sexual harassment
1 year ago
Mark Zuckerberg wants to launch an Instagram for kids – yes, really
1 year ago
A 10-year study just proved a dangerous link between teens and social media
Next Page