When my babies were babies, I breastfed them both for the first year of their life. Like most mums, I would imagine, my breastfeeding journey didn't come without a few challenges, especially those first few months. Both my babies struggled a little bit with latching on, and one of them consistently seemed to prefer one of my boobs over the other, which resulted in a lot of testing and trials trying to get him to also nurse from the other one.

As well as this, when they got to about four-five months, they would get so curious whenever there were other people/sounds around us as they fed, and would keep suddenly pulling away to have a look around – and my breastmilk would squirt out of the boob they had just torn themselves away from.

However, there was one position that just seemed to click with them both, and where they would feed undisturbed and easily – and as luck would have it, it turned out to be my favourite position for feeding them as well.

Lying them beside them as they fed was initially our favourite way to feed during the night, and they would just nurse until they were done, and fall asleep instantly again. Note: I co-slept with both of them from birth.

As I quickly realised how much easier it was to feed them this way, we'd often lie down for feeds when we could during the day as well. It was cosy and comforting and I look back at pictures of me feeding them like this and just feel so totally grateful to have been able to breastfeed for as long as I did.

And it turns out I am not alone in loving this snuggly way to breastfeed. Recently, Millie Mackintosh took to Instagram to share her favourite way to breastfeed her two-month-old daughter Sienna.

My favourite way to feed her #normalisebreastfeeding ? 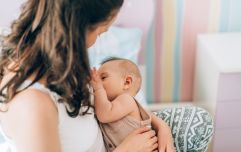 END_OF_DOCUMENT_TOKEN_TO_BE_REPLACED

The former Made in Chelsea star, 30, looked serene as she reclined outside in a black bikini and sunglasses. Little Sienna was seen feeding as she lay alongside her mother contentedly.

The new mum has been vocal about her breastfeeding journey since welcoming her daughter during lockdown, and has shared several snaps of herself nursing her baby girl.

Recently, she shared another intimate clip of it on social media.

In the short video, a fresh-faced Millie looks up at the camera before she panned down to her baby girl who she was breastfeeding.

Captioning the candid clip, she wrote: 'Some days it feels like all I do is feed her.' 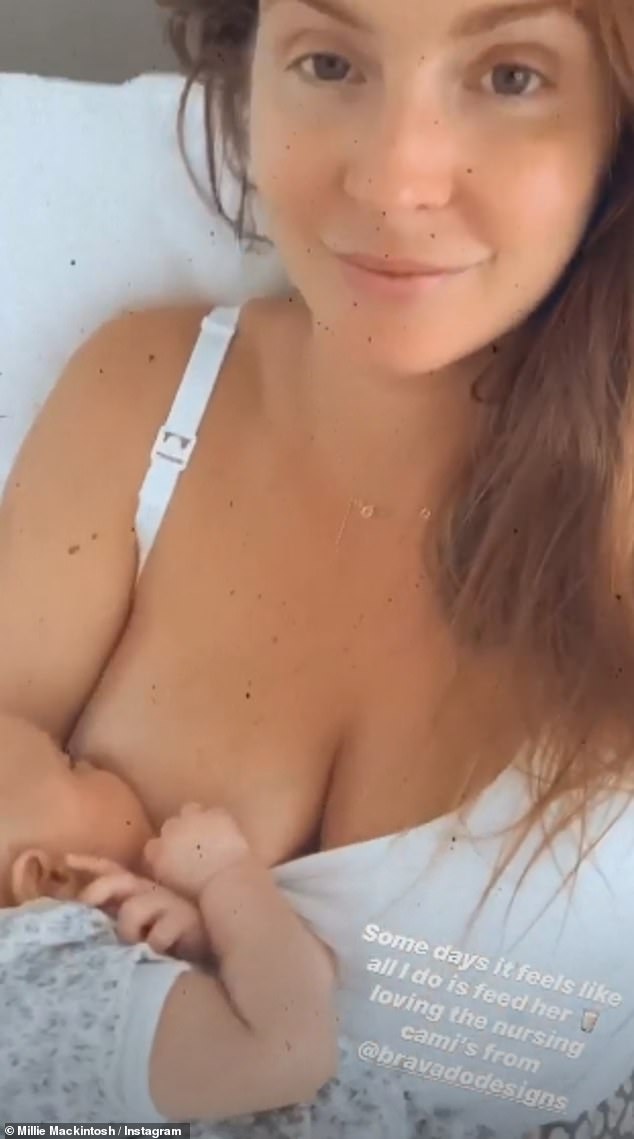 Cute! We love seeing all these snaps of new motherhood, and anything that can help normalise and encourage breastfeeding is a win with us!

popular
This is everything women need to know about ovarian cysts
Viewers in tears after last night's emotional episode of DIY SOS
These 40 baby names are set to trend in 2023
Shows like Bluey and Peppa Pig are actually bad for kids, expert warns
Study says that dads get more sleep than mums and tell us something we don't know
Babies born in February have some pretty cool advantages – no, really – it's true
Bride asks for divorce day after wedding following groom's disrespectful cake stunt
You may also like
3 months ago
Calls for breastfeeding lessons to be introduced in schools
4 months ago
Kelly Osbourne responds to backlash over deciding not to breastfeed
4 months ago
New parents are being "thrown out" of hospital far too early
5 months ago
Over 70% of new mums in Ireland regret ending their breastfeeding journeys too early
6 months ago
New bill calls for more support for breastfeeding mums returning to work
6 months ago
Love Island's Camilla Thurlow called 'classless' for breastfeeding baby in car
Next Page