Baby wipes have – up until now – been considered to be a real environmental baddie.

However, BabyWipes, which are already considered the world's purest baby wipe, has now taken their commitment to the environment and sustainability one step further and launched baby wipes that are completely biodegradable, compostable and entirely plastic-free. 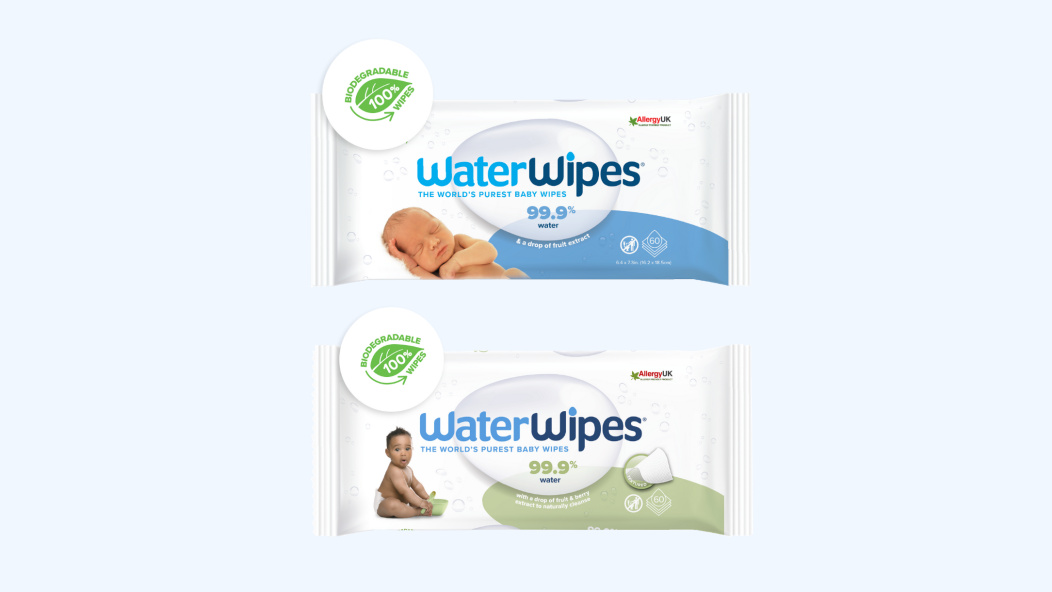 Made from 100 percent viscose, which is a renewable, plant-based material containing zero plastic, WaterWipes remain the world’s purest made with only two ingredients, 99.9 percent water and a drop of fruit extract, which is an impressive feat.

What does biodegradable mean?

We are all familiar with the term biodegradable – but what does it actually mean? The team from WaterWipes answer:

"When a substance or object is biodegradable, it can be broken down naturally by temperature, sunlight or microorganisms such as bacteria. This means it won’t clog up landfill forever.

For a product to be certified biodegradable, it must decompose into natural elements within a reasonably short period of time – typically under a year."

However, even biodegradable baby wipes should not be flushed down the toilet, as they take a long time to decompose in a sewerage system environment and consequently clog up pipes and machinery. They are also harmful to wildlife, who often mistake them for food.

Biodegradable products are designed to break down on landfill, so should be disposed of with your general household rubbish.


popular
Jacques O'Neill speaks out about Paige and Adam's relationship
Planning your next getaway? Here are 6 fun family activities to try this summer
This mum's post about dying to send her kids back to school is too funny
4-year-old girl killed in house explosion in London, police confirm
Barry Keoghan announces the name of his baby boy
Child killed in house explosion in London
Ashling Murphy had so much more to give, says heartbroken parents
You may also like
3 weeks ago
Toddlers are happier with fewer toys, study finds
4 weeks ago
Summer safety: Here is why you should NEVER drape a blanket over your child's stroller
4 weeks ago
Are we suffering in silence?: How pregnancy and childbirth can affect our bodies
1 month ago
This is why you should never use sunscreen past its expiration date
1 month ago
Mum's warning after young daughter catches sepsis from trying on new shoes
1 month ago
This mum has 10 pieces of invaluable advice for those who experience a stillbirth
Next Page