Barbie would have totally approved.

Got a little person at home who is obsessed with Barbie and her oh-so-glamorous life in the Dreamhouse?

Seriously, who wouldn't want to live in a house that has an actual lift, a kitchen with a built-in cupcake maker and a walk-in wardrobe so big you can actually get lost in it (no really – in one episode Barbie and her pals actully take a wrong turn and get lost in her wardrobe!)

What has always somewhat curbed our envy, however, is knowing, I guess, deep down that the Malibu Dreamhouse isn't actually a real place.

Well – up until now, anyway. Because guess what? The insanely creative people at Airbnb have gone and created an actual, life-size replica of Barbie beach-side mansion, and now this iconic Malibu abode is up for rent. No – really. 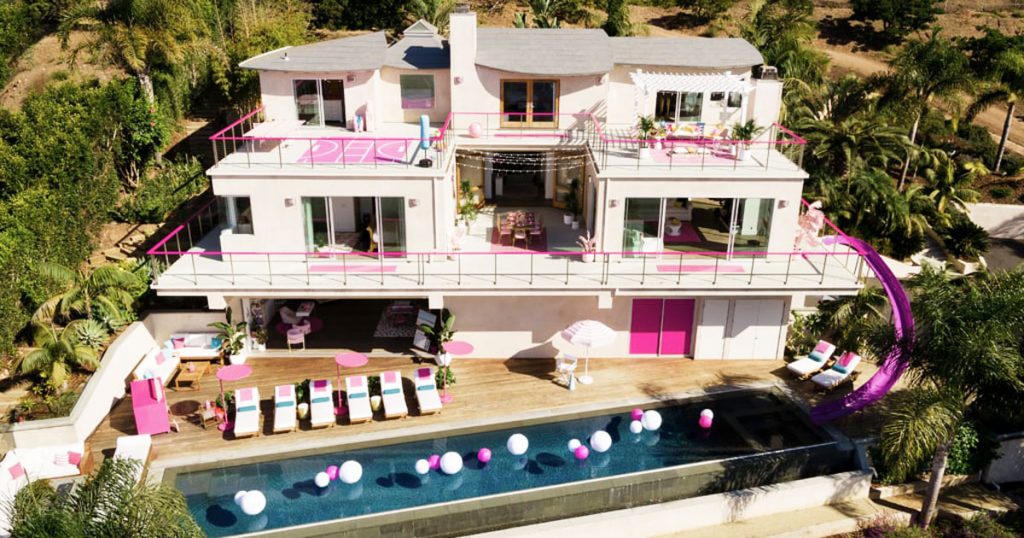 I mean, we are talking seas-side views, a two-storey water slide into the infinity pool and pink everything. 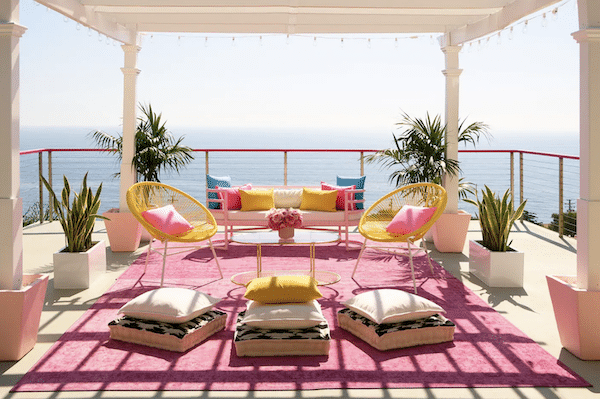 Just what Barbie herself would have gone for if she was decorating it. 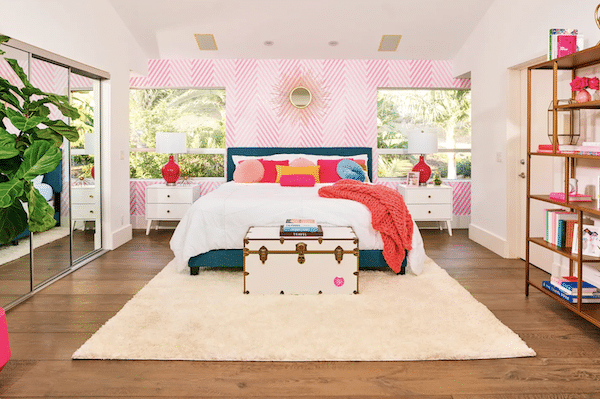 The two-bedroom, two-bath beach house is located smack in the heart of Malibu, just where Barbie would have lived was she an actual real person, and it features, among other things, decks on each level, three in total, each with their own stunning views of the Pacific Ocean. 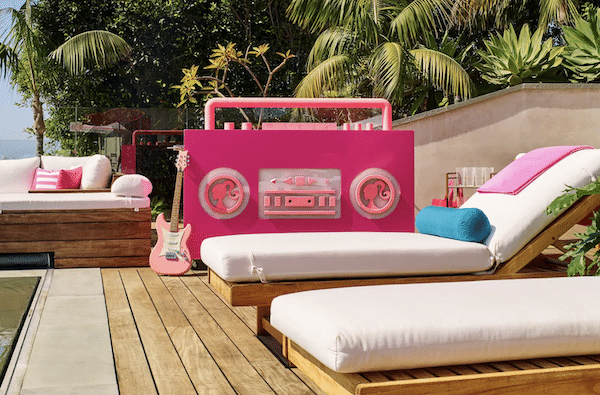 It goes without saying, of course, that the overall theme is pink and retro.

But Airbnb have gone even further, and made sure that all over the house, you'll find nods to Barbie's varies jobs and careers, and in the walk-in wardrobe, you can even try on uniforms from some of her careers, such as firefighter and astronaut. 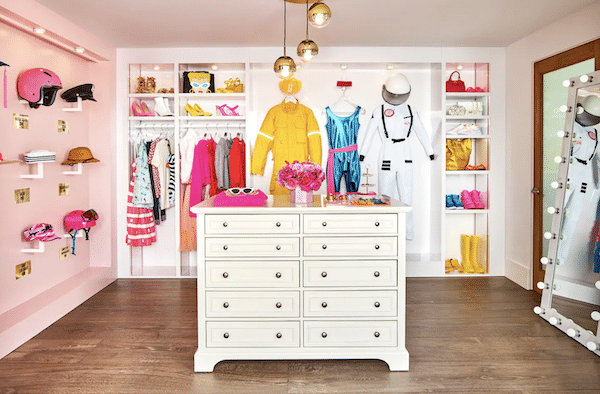 And guys – as if the infinity pool – and the Pacific ocean – isn't enough, check out the Barbie-approved master bathroom, overlooking the sea outside. 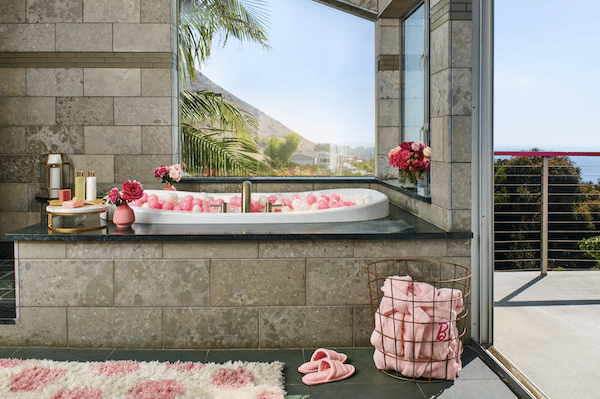 Staying in Barbie's IRL home is a once-in-a-lifetime experience — and so Airbnb is only opening up one reservation.

Meaning, if you (and up to three friends) really want to experience what it is like to be Barbie for a moment, the reservation will open on Oct. 23 for a two night stay Oct. 27-29. 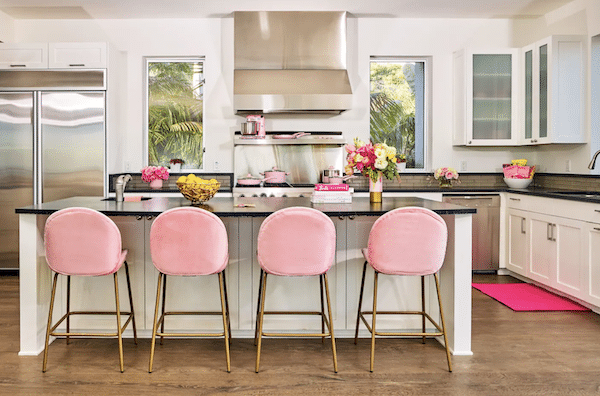 There are a bunch of perks included in the stay, including a fencing lesson with Olympic fencer Ibtihaj Muhammad, a makeover with celebrity hairstylist Jen Atkin, a home-cooked meal with chef Gina Clarke-Helm, and a trip to the Columbia Memorial Space Center with pilot and aerospace engineer Jill Meyers. As “Barbie” herself writes in the home description, the stay should be “a reminder that you can be anything!” 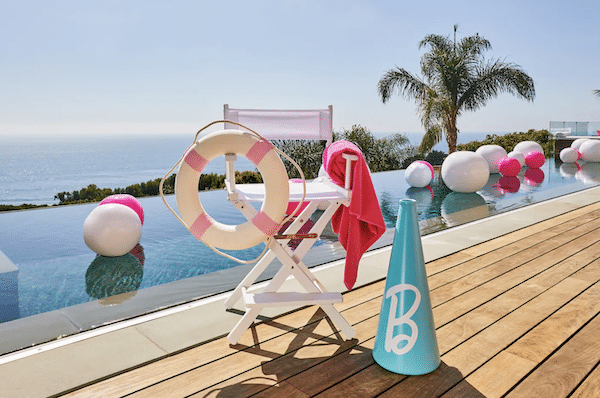 And the price? Get this – the Malibu Dreamhouse costs only $60 a night, in celebration of Barbie’s 60th anniversary.


popular
Eamon Ryan's mother dies suddenly in tragic accident
Olivia Wilde accuses ex Jason Sudeikis of 'threatening' her
Jump in number of children suffering from rare strain of hepatitis in Ireland
Olivia Newton-John's daughter shares heartbreaking video filmed before her mum's death
Man (30s) dies after getting into difficulty in River Barrow in Co. Carlow
Archie Battersbee's mother issues warning about TikTok challenges
Who is Andrew Tate and why are parents so worried about him?
You may also like
1 week ago
10 hotels and resorts in Ireland with great activities for teenagers
1 week ago
I've hit the point where I'd rather travel for my child's birthday than organise a party
3 weeks ago
I will always prioritise travelling with my kids – and here is why
3 weeks ago
Planning a trip with kids? Here are 4 incredible cities for a last minute family break
4 weeks ago
Why babies really cry on planes – and what you can do that actually helps
1 month ago
3 top safety tips for keeping your home secure while you're away this summer
Next Page