Disney gives a sneak peek of its new Frozen ride

Love it or loathe it, Frozen fever continues to live on. This time it's in the form of a new ride that is due to open next year at Disney's Epcot park in Lake Buena Vista, Florida.

Following its announcement last year that construction had begun on a Frozen attraction, Disney has now offered a first look of what to expect from the new ride, which, we have to admit, does sound pretty impressive.

'Frozen Ever After' will take guests through the kingdom of Arendelle by combining Disney storytelling with new technology, and featuring favourite moments and music from the film.

This doesn't mean that guests will have to sit through the entire plot again, though. "What we try to do is take you back to the movie without retelling that story," Kathy Mangum, who oversees Walt Disney World, told The Wall Street Journal. "This is a celebration of the characters, a way for guests who love the film to experience it in a completely different way." 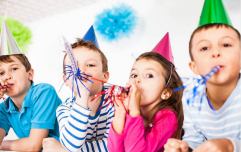 END_OF_DOCUMENT_TOKEN_TO_BE_REPLACED

According to Disney Parks Blog, "Guests will be transported to the Winter in Summer Celebration where Queen Elsa embraces her magical powers and creates a winter-in-summer day for the entire kingdom. They will also visit Elsa’s Ice Palace and the ice-blue world of the North Mountain along with other locations before returning to the Bay of Arendelle."

Looks like Queen Elsa's popularity is showing no signs of strain.


popular
Midwife tragically dies in front of her children on flight
Maura Higgins reveals she was sexually assaulted by taxi driver in Ireland
Faye Winter slams trolls who said they hope she can't have children
How soon is too soon to leave your new baby for the first time?
This mum's post about dying to send her kids back to school is too funny
Caitriona Balfe pens moving tribute after her father's sudden death
11 of the best fun playgrounds in Dublin
You may also like
4 days ago
The dream! You can actually get paid to drink wine on holiday
1 week ago
You can now stay in a fabulous Barbie-themed caravan
1 month ago
Vicky Phelan shares update after special holiday with her loved ones
2 months ago
Things to do in Donegal: Everything that will make this the perfect family holiday
2 months ago
Things to do in Kerry with kids: Family holidays in The Kingdom
3 months ago
Dad brings niece on holiday instead of his daughter, but was he wrong?
Next Page